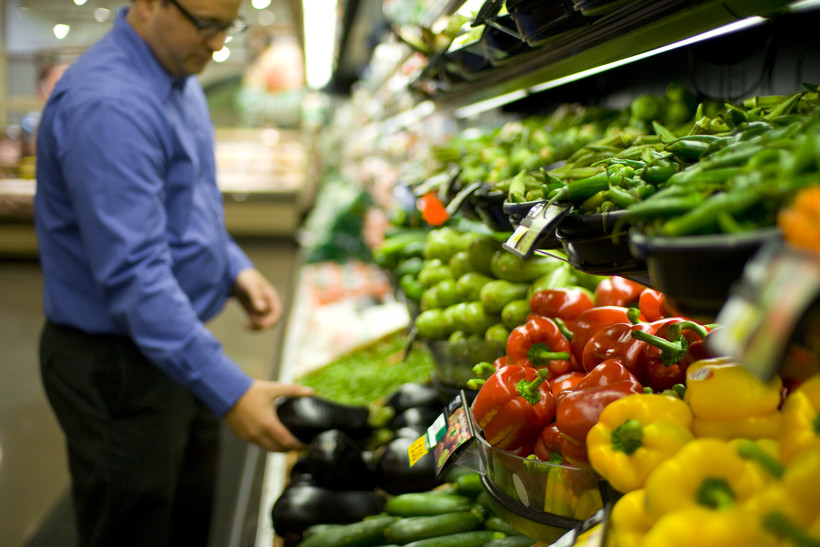 Food stamp recipients would get discounts for buying healthy food under a bill approved Tuesday by the state Assembly.

Under the proposal, the state Department of Health Services would be required to launch a pilot program to offer FoodShare recipients discounts on healthy items, like up to half-off purchases of fresh produce.

"We want to see if we can actually change people's behavior, because by eating healthier we hope that we can reduce health care expenses in the long term," said Rep. Mike Rohrkaste, R-Neenah. "This is a common sense approach. It’s literally a carrot approach, rather than a stick."

The Assembly voted 92-1 to send the bipartisan bill to the state Senate. Rep. Amy Loudenbeck, R-Clinton, cast the lone no vote.

Supporters of the plan say it will encourage healthy eating habits and possibly reduce health care costs. They also say healthier foods can be more expensive, because of market demands, and this measure would help level the playing field for lower-income families.

About 2,000 households would participate in the program, which would last about 10 months. The pilot is projected to cost the state about $600,000, according to DHS.

The Assembly on Tuesday also approved a bill that would reduce the minimum age of lifeguards to 15 years old in Wisconsin.

"The bill simply will promote safety in Wisconsin pools, it will be good for tourism and the economy," said Rep. Dale Kooyenga, R-Brookfield, the bill’s sponsor. "And quite frankly on the reasonableness test, you have to ask yourself, does it make sense that Katie Ledecky, who won a gold medal at the age of 15, cannot be a lifeguard in the state of Wisconsin?"

The American Red Cross, as well as a handful of tourism groups and resorts, support the proposal.

Some opponents argue 15-year-olds are not old enough to do the job well.

The Assembly also approved a measure that makes a variety of changes to laws governing property rights in the state.

Billed by proponents as a "Homeowners’ bill of rights," the proposal does things like give landowners more power to sell or develop what are called "substandard lots."

Substandard lots are pieces of land that met zoning requirements when they were first parceled off, but don't any more. Right now, that can make them impossible to sell or build on.

A Wisconsin family took a case on the issue all the way to the U.S. Supreme Court earlier this year. They lost in a 5-3 decision.

"If these things were legal when (the lots) were created, we’re not going to change the rules and move the goal posts on property owners," said Rep. Adam Jarchow, R-Balsam Lake, the bill’s sponsor.

The bill would also make it easier for people to use land for things it isn't zoned for.

The measure passed the Assembly on a voice vote. It also passed the Senate on Tuesday and now goes to Gov. Scott Walker for his signature.