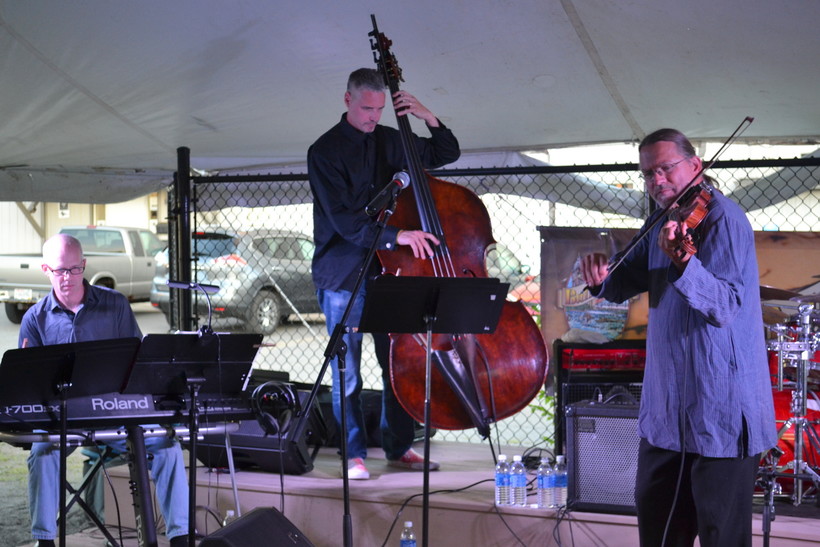 Wisconsin jazz violinist Randy Sabien (right) at a 2016 appearance in Wausau. Sabien founded and led the string department at the McNally Smith College of Music in St. Paul. Glen Moberg/WPR

A St. Paul college with a reputation as one of the premier contemporary music schools in the country has unexpectedly closed.

The McNally Smith College of Music drew many of its students from Minnesota and Wisconsin. According to an e-mail sent to staff Thursday by board chair Jack McNally, the school is closing due to a lack of funds.

Randy Sabien, a Wisconsin jazz violinist who founded and led the school’s string department, said Friday that the announcement took him by surprise.

"Today is a payday, and so I found out yesterday at 5 p.m. that that wasn't going to happen, possibly ever again," Sabien said Friday.

Sabien said he would be grading students and giving final exams next week without pay.

"I have two students who are graduating Saturday, so that's lucky, they’re done," Sabien said. "There’s a student who just entered the school and is finishing her first semester and that's unfortunate. But there are also students who are just two credits away from graduating, and I don't know what's going to happen with them."

In the email, McNally said the school is "committed to making good on the wages owed" to the staff, and will be working to transfer credits for students to other local schools or universities.

The college has suffered from declining enrollment and was working to achieve nonprofit status.

Sabien said with the school closing, that he would focus on his work as a performing musician.

"I have nothing bad to say about this school. They're just fabulous people to work with. It was a great environment all the way around," Sabien said. "All things must pass. You have to have a strong foundation when the winds of change shift."