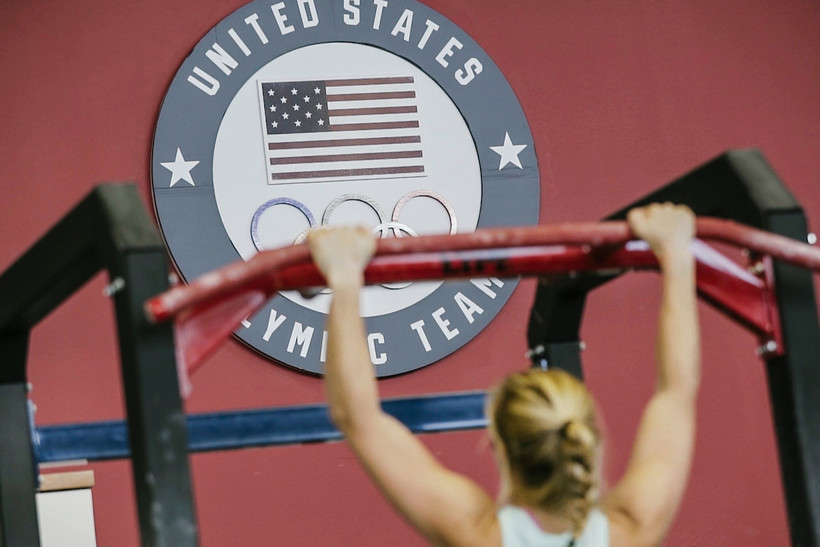 Sailor Stephanie Roble works out at the Olympic Training Center in Colorado Springs. The East Troy native races a class of boat called the 49erFX. She and partner Maggie Shea finished third at the 2020 World Championships in Australia. Photo courtesy of Stephanie Roble

'Sport Is Not Important Right Now': Wisconsin Athletes Understand Why Sports Are On Hold

Stephanie Roble Grew Up Sailing On Lake Beulah. In February, She Qualified For U.S. Olympic Team.
By Megan Hart
Share:

With the continued spread of the new coronavirus, it's a time of uncertainty for people across the globe.

This was especially true for Olympic athletes who, until recently, were set to take the world stage this summer in Tokyo.

After more than a month of speculation, Japan's Prime Minister Shinzo Abe announced last week the games would be postponed. Organizers said Monday the opening ceremony has been rescheduled for July 23, 2021.

"I would say we expected the postponement and to be honest, we were kind of hoping for it," said sailor Stephanie Roble. "We want to compete at a games where everyone is really well-trained, and spectators can be there and it's a healthy and safe environment for the athletes."

Roble grew up in East Troy. When she was 5 years old, her parents signed her up for lessons at the Lake Beulah Yacht Club. She was intimidated at first, she said, but fell in love with being on the water.

She was a two-time All-American sailor at Old Dominion University. Now, along with teammate Maggie Shea, she races a type of boat called the 49erFX. It's 4.9 meters long and built for speed, Roble said.

Roble and Shea aim to sail together 200 days a year.

"If I turn the boat one second too early, my teammate Maggie could end up in the water, so it's really about choreography and communication," Roble said.

In February, Roble and Shea won bronze at the 2020 World Championships in Geelong, Australia. The event comprised of a dozen races. It came down to the last one for Roble and Shea to edge out another American team and earn the opportunity to represent the United States at the Olympics. 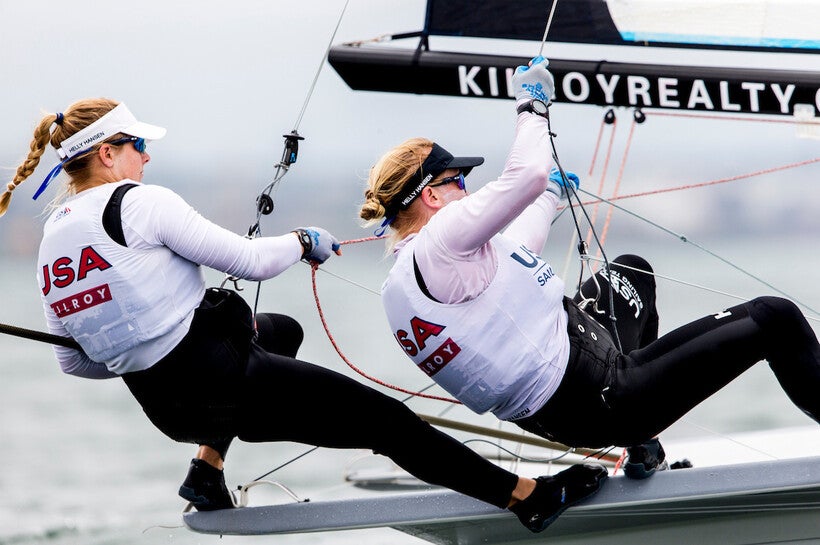 The team that earned the fewest combined points at the 2019 and 2020 world championships earned a spot on the U.S. Olympic team. For Roble and Shea to qualify, it came down to the final race, Roble said. Courtesy of Stephanie Roble

But because of the postponement, Roble said, their qualification is no longer set in stone.

"Hopefully nothing changes, but we haven't been officially told that our spot is solidified," she said.

Roble, who lives in Miami, has stopped training as the number of COVID-19 cases in Florida has continued to grow. The city of Miami and the U.S. Coast Guard have been strict about keeping people off the water, she said. Plus, she’s staying home as much as possible to help prevent the spread of the virus, she added.

Roble and Shea are a self-funded team. They accept donations on their website, Roble said. Fans can follow their Olympic journey on social media.

Roble isn’t the only Wisconsin athlete to support postponing the Games. Molly Seidel, from Brookfield, qualified for the U.S. Olympic marathon team in February. Before Abe’s announcement last week, she spoke out on social media in favor of delaying the Olympics.

"Plowing ahead with the Games on their current schedule jeopardizes ... not only the welfare of athletes worldwide but also countless people they could put at risk for COVID-19 transmission," she wrote on Instagram.

Athletes at all levels have been affected by the new coronavirus. University of Wisconsin-Madison swimmer Beata Nelson was preparing for the NCAA Swimming and Diving Championships before they were canceled due to the pandemic. Nelson, who's from Fitchburg, won national titles in three events last year. She holds the American record in the women’s 100-yard backstroke.

Nelson is wrapping up her senior year of college online. Her graduation ceremony has been canceled, she said. She was supposed to race at Olympic Trials this summer, but now that's delayed too. Even though this year hasn’t gone according to plan, Nelson said she understands why sports are on hold.

Her mom is a nurse at UW Health. She said it's given her perspective.

"It's really easy to understand the gravity of the situation and understand that these protocols need to be taken seriously because my loved ones’ lives are at risk every day," she said. 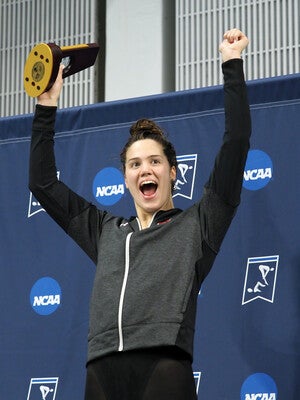 It’s been more than a week since Nelson was in the pool. She said she’s not worried about it. Athletes all over the world are facing disruptions to their training, she noted. When the weather is nice, she’s been running outside. She’s also been doing at-home workouts from her strength and conditioning coach.

"He sent out a four-week plan for everybody that includes holding books and things that you can find at home," she said.

After she finishes school, Nelson will become a professional swimmer. When it’s safe to return to the pool, her focus will be on punching her ticket to Tokyo in 2021.