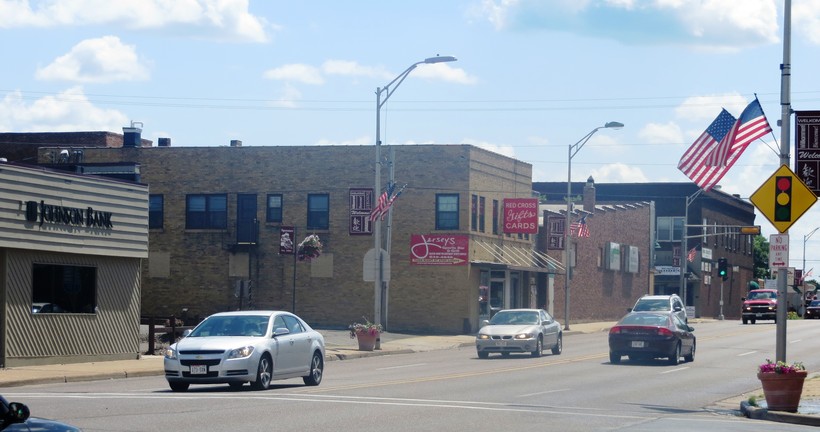 Some parents in the Spooner Area School District say they still haven't gotten answers about what caused a "strong epoxy-like odor" that led to a middle school evacuation and more than 60 students and staff to seek medical care in early November.

The Spooner Middle School has been closed since Nov. 10, the day the school was evacuated.

On Friday, Dec. 10, a statement on the district's Facebook page said it received reports from two environmental testing companies that surveyed the building, but didn't mention any results.

"Some additional investigation is needed before we can be assured that the building can safely be reopened for students and staff members," read the statement. "The building remains closed by order of the Spooner Fire Department."

Wisconsin Public Radio submitted a request for the testing results Monday under the state's open records law, but an email response from a district executive assistant said based on guidance from the district's legal counsel, the documents wouldn't be provided due to the ongoing investigation.

In response to a request for comment, Spooner Area School Board President Debra Olson referred WPR to Superintendent David Aslyn. Attempts to get additional comments from Aslyn have been unsuccessful.

Parents continue to have questions about incident

Lauren Marley has a sixth-grade daughter named Kaylie who attends Spooner Middle School. She said the district emailed parents Nov. 10 alerting them the school had been evacuated. She said her mother went to pick Kaylie up from the school, but couldn't find her.

"And finally, she got a hold of someone that said, 'Oh, Kaylie was taken by an ambulance to the hospital. You need to go there,'" said Marley. "The school never called me. No one ever told me."

Marley said Kaylie was first sent to a hospital in Spooner, but needed to be transferred an hour north to another hospital in Duluth, Minnesota.

Marley said Kaylie's doctors said she had elevated levels of carbon monoxide in her blood.

Marley has since retained an attorney, and Marley said Kaylie is feeling better.

Spooner Fire District Chief Darren Vik said several other students and staff had higher than normal levels of carbon monoxide in their blood as well.

"Obviously, there was a carbon monoxide problem because the students had some carbon monoxide in their systems," Vik said. "They were low amounts, but they still had some. So, then the question is, well, where did that come from?"

The Spooner Area School District has released several statements about the evacuation and ensuing illnesses. Initially, the district pointed to a contractor coating sewer pipes near the middle school.

"The process has caused a strong odor in the Middle School Building," read the statement. "No injuries have occurred because of this, but some staff and students have reported discomfort due to the odor."

WPR obtained a copy of the contract outlining the $185,511 sewer coating project, which included work near the school. Michels Pipe Services, based in Brownsville, used a process called cured-in-place-pipe lining to restore sewer lines for the city of Spooner. The process works by inserting a felt sleeve soaked in chemical resins, in this case styrene, and then heating it with steam or hot water to cure it, forming a watertight liner.

A manufacturer provided material safety data sheet for styrene states it can be acutely toxic if inhaled. Recommended first aid measures include removing people from the area and seeking medical attention if breathing becomes irregular. Neither the safety sheet nor an American Society for Testing and Materials "standard practice" guideline for installing and curing the pipe lining sleeves mention carbon monoxide risks for workers.

Michels provided the city of Spooner a "Report of an Industrial Hygiene Field Investigation," dated Nov. 2, cataloging styrene exposure levels of workers mixing it with other chemicals during the lining process. Data from sampling badges indicated exposures below 8.2 parts per million. The report states that Minnesota regulations set an eight-hour exposure limit of 50 parts per million.

A soon-to-be published article in the Journal of Hazardous Materials states the cured-in-place-pipe, or CIPP, process for repairing damaged pipes has resulted in more than 136 "exposure events" and that "little is known about the composition and magnitude of chemicals discharged."

It also indicated that the process of inflating the sleeve used to repair pipes might force chemical waste into adjacent buildings.

The study authors state that water seals in plumbing, called p-traps, may be effective in keeping waste products from the pipe repairing process from entering buildings when pressures remain low. But the traps might not help if sewer lines are subject to high pressures as chemical ladened sleeve are inserted.

"Water seal blowback incidents for sinks and toilets have been reported, and sometimes buildings next to one another did not have the same indoor air contamination problems," they said. "This may be because of differences in sewer pipe characteristics (i.e., size, cracks, pipe roughness/friction loss, etc.), air pressure (i.e., applied pressure, existence of vent stacks, etc.), and plumbing characteristics."

The study warns first responders that material safety data sheets for the process don't describe all the hazardous chemicals first that might be encountered when responding to incidents where fumes enter buildings.

"Thus, responders should consider that chemicals not on the CIPP resin and initiator material safety data sheets at the worksite may also be present in the building (i.e., acetone, methylene chloride, benzene, etc.)," said authors.

Environmental Protection Agency webpage titled "Volatile Organic Compounds' Impact on Indoor Air Quality" states that "methylene chloride can be converted into carbon monoxide in the body and cause symptoms associated with exposure to carbon monoxide."

The day after the initial statement on Nov. 10 linking the "epoxy-like odor" in the Spooner Middle School to the utility work, the school district struck a more cautious tone when describing the situation.

"The Spooner Area School District continues to work with local health officials, state regulatory agencies and service providers to determine the cause of the epoxy-like odor and ensure that the middle school building is safe for students and staff to return," said a Nov. 11 statement.

As for carbon monoxide exposures reported after the evacuation, Vik said he isn't sure what might have caused it. He said with students gone, his department used seven different gas detection meters inside and outside the building. Vik said he asked school maintenance staff to run hot water and activate the school's boiler but no carbon monoxide was detected.

Initially, Vik said he ordered the Michels utility crew to stop its pipe repair work, but after students left, he asked them to resume.

"Then, we came down to where they would be right outside the building, and we had them do it, and then we monitored during that lining process," said Vik. "And we never did register any carbon monoxide, even when they repeated their process again."

Vik said due to concerns about the building's safety, he ordered it closed until more extensive environmental testing could be conducted. He said he has seen the reports the district received on Friday and they indicate the building's environment is now safe. He said the fire department was ready to tell district officials they could reopen the school that day.

"However, there was another person reviewing the testing that was done," said Vik. "And we, as a courtesy to the school, thought, 'Well, let's just wait to hear from the third-party and then we would be able to open the school.'"

The school district says that third-party review could be completed soon.

For most of the past month, Spooner students in grades five through eight have been learning virtually. On Friday, the district announced staggered, in-person classes would be held at the Spooner Civic Center.

"If you choose to keep your student home on the in person instructional days they will be responsible for following the lesson plans that are posted and independently completing the tasks that are assigned to them," read the statement. "During the days your student's class is in person there will be no live-streaming."

Parent Michael Robertson said he isn't planning to send his son to the civic center due to security concerns about who might be able to access the building.

"The other concern would be the training," said Robertson. "If there's an active shooter or some crisis that happens there, what training have we done with the teachers, the personnel, the police force to make our kids safe in this building? I don't understand it."

Robertson said he'd prefer it if displaced middle-school students could attend in-person classes in vacant rooms at the district's high school or in the high school gymnasium.

"We as Washburn County taxpayers are paying for that already," said Robertson. "So why? Why are we moving to an unsecured building?"