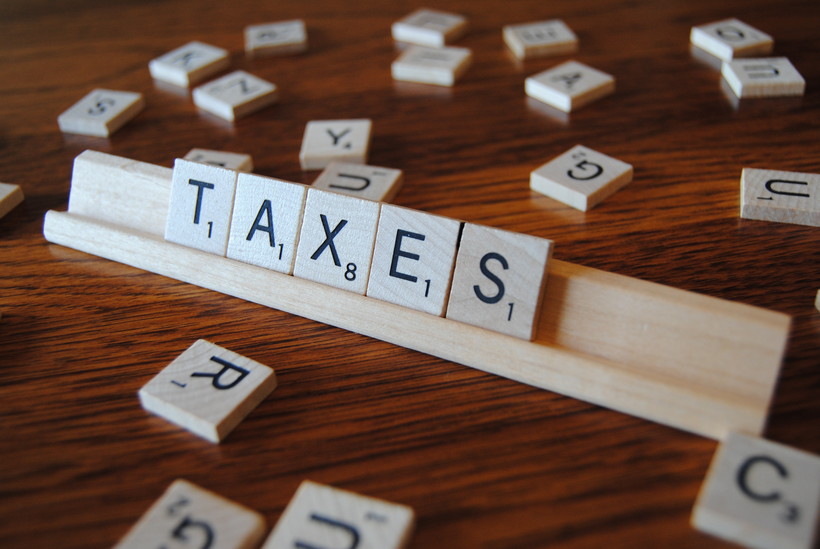 Spelling Out Where Your Federal Tax Dollars Go

Opinions about taxes tend to reveal what constituents think about how their government is operating.

"The dollars you pay in taxes are your contribution to what should be the public good as decided by a democratic process, and when it doesn't live up to that ideal people get frustrated," said Vanessa Williamson, a senior fellow in governance studies at the Brookings Institution.

Nearly half of all federal revenue comes from individual income taxes, and with taxes due Monday, there's no shortage of opinions on where and how tax dollars should be spent.

Things are generally less partisan at the local level, where both Republicans and Democrats are content with their hard-earned dollars being invested in schools, roads, hospitals, parks and even sewer systems, according to surveys Williamson conducted to understand which areas of tax spending were the most supported and opposed.

Partisan divides occur mostly with health care and spending on the poor, said Williamson, author of "Read My Lips: Why Americans Are Proud to Pay Taxes."

"There's a lot more concern on the Republican side that undeserving people are benefiting and there's more of a sense from the Democratic side that those investments are important to keep all Americans above a certain threshold of poverty," she said.

And while fiscal year 2020 is projecting another deficit, with President Donald Trump's request of $4.74 trillion and an estimated $3.65 trillion in revenue, Williamson said it's important to prioritize spending.

"The question is are the investments we're making with that money good investments?" she asked. "I think there's real variation in the return that we see." 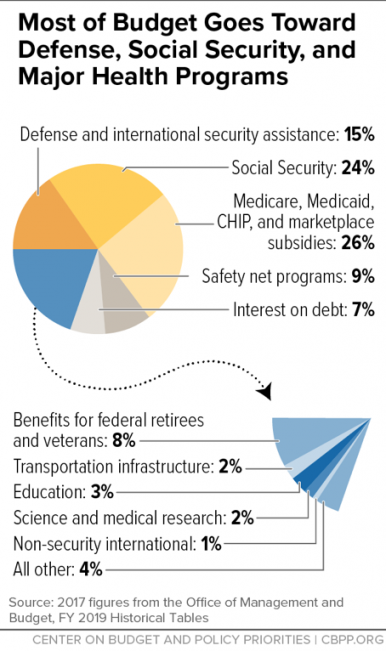 Chart courtesy of the Center on Budget and Policy Priorities | CBPP.ORG

Breaking down the most recent data released by the Office of Management and Budget for 2017, this is where your federal tax dollars go:

The remaining fifth of the budget is divided into numerous other areas, including: Benefits to retired federal employees and veterans, transportation, education, science and medical research, non-security international or humanitarian aid, and "all other."

Taking A Look At Where Your Federal Tax Dollars Go 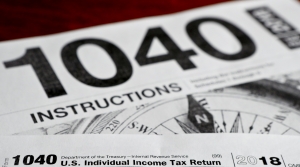 While Tax Day is right around the corner, many taxpayers do not know exactly where their federal income taxes go. We talk to a tax expert about how that money is allocated by the government and the public's opinion on where their money goes.