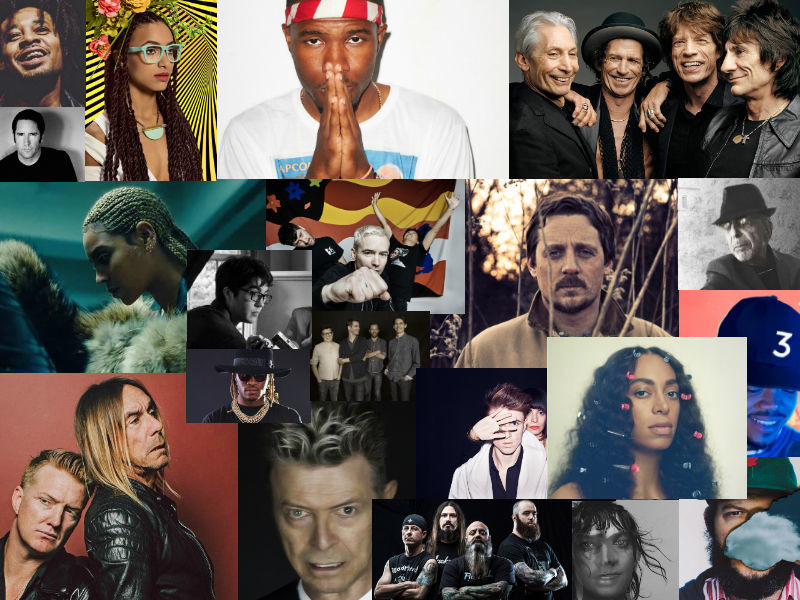 In 2016, it wasn't Internet piracy, online streaming or audience ennui that brought a plague of death to the music world. Instead, it was something far less dramatic but equally insidious: the passage of time.

We can all be grateful that the music industry's traditional bogeymen of the digital age were temporarily sidelined in all the headlines about 2016 even though we saw the usual disruptions continue and the traditional industry structures contract in size and financial paradigm slowly realign.

In its place, fans were bombarded with countless stories about how many of music's preeminent talents passed away with this year.  But in a year in which so many other parts of our culture saw facts under assault and media image finally overtaking reality -- candidates looking "presidential," Kanye/Karadashian social media flame wars -- this idea that 2016 was especially lethal is just a drummed-up conspiracy theory.

To be sure, the roster of musical figures who died in 2016 was quite the all-star lineup: Prince, David Bowie, Leonard Cohen, Merle Haggard, George Michael, A Tribe Called Quest's Phife Dawg, Leon Russell, Beatles producer George Martin and even a majority of the members of Emerson, Lake and Palmer.

However, this wasn't the result of some performer-only pandemic. Contrast this year's list with 2015, when fans lost B.B. King, Lemmy Kilmister, Ornette Coleman, Percy Sledge, Scott Weiland and Allen Toussaint, among others. Instead, many in 2016 just fell victim as time always ticks on.

Surely, the musicians themselves knew how precious time is. Of those who were knocking on death's door, artists like Bowie, Cohen and A Tribe Called Quest all had their final works in the pipeline and were able to follow the public announcements with fantastic posthumous releases.

All of this talk of death also served to cloud over the many of 2016's bounties. Beyonce, her sister Solange and Drake all returned with unexpectedly strong works. Bon Iver's Justin Vernon emerged from self-imposed exile with a thoroughly avant-garde record that showed the extensive influence of his occasional collaborator Kanye West's artiste turn than many might have anticipated. That the Avalanches returned at all -- and with a new disc -- was an excellent surprise. The Rolling Stones even released a new album of blues covers and it finally sounded thoroughly age appropriate.

Meanwhile, younger stars like Chance the Rapper, Future, Sturgill Simpson and Frank Ocean successfully followed up on their breakthrough releases and continued to solidify their hold on our collective consciousness, proving their in it for the long haul.

Regardless of the headlines, facts are facts though. There was much that we lost 2016, but this was also another year in which new work and new ideas rejuvenated music in a time when many surely needed something to hold on to. You just have to listen.

So, here's a Spotify playlist of my picks for 2016's best records -- in no particular order:

Editor's Note: One of my selections, Beyonce's “Lemonade,” isn't currently available via Spotify.