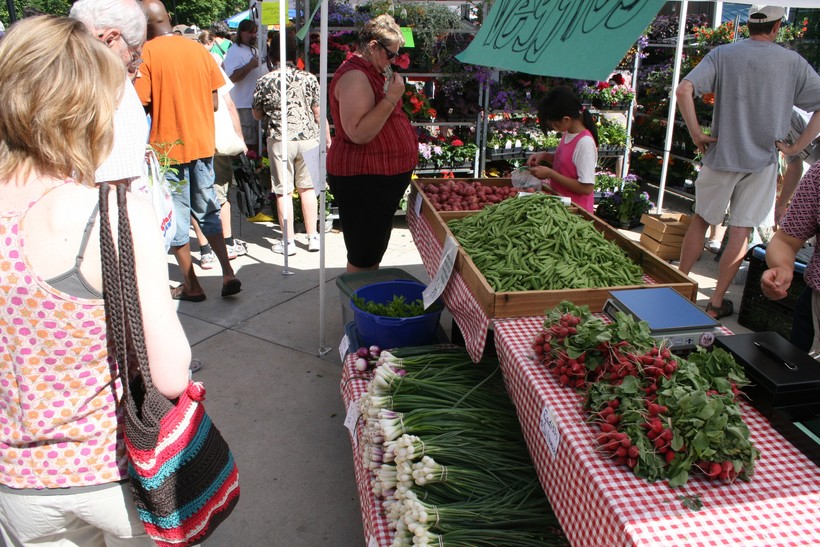 Women farmers are one of the fastest-growing populations of farmers in Wisconsin, increasing by 58 percent since 1997, according to the Soil Sisters, a group of 15 female farmers living in Green County.

And one way to showcase the work of female farmers and get a glimpse into their world is through the Soil Sisters culinary event, slated for this weekend. Attendees can visit over 20 women-owned farms as part of the three-day event that also concludes Wisconsin Women in Sustainable and Organic Agriculture Week.

"Pack that cooler and come stock up on fresh produce, and meats and egg and all sort(s) of things. It’s our way to really open up our barn doors and share with the public," said Lisa Kivirist, co-owner of Inn Serendipity Farm and Bed & Breakfast.

The event focuses on the farming communities of Monroe, New Glarus, Blanchardville and Brodhead -- where many women farmers are located. The Soil Sisters will host various workshops and events -- some with local cuisine and live music.

"If you asked me eight years ago that we’d be having a big 'palooza of a weekend with all sorts of things going on showcasing women-owned organic and sustainable farms in Green County, I don’t know if I would have said ‘yes’ too quickly, but here we are," Kivirist said.

"There’s a vibrant group of women-owned farms and food businesses in my Green County farm hood, and for five years now we have been doing an annual weekend in early August called Soil Sisters, a celebration of Wisconsin Farms and rural life," Kivirist said.

The event is a project in collaboration with the Wisconsin Farmers Union, TravelWisconsin.com, Renewing the Countryside and Midwest Organic and Sustainable Education Service (MOSES). The weekend-long event will kick off Friday with an on-farm “MOSES In Her Boots” day-long workshop at Inn Serendipity Bed & Breakfast and Farm. Attendees can mingle and taste foods raised by the farmers.

"Coming from your local farm 20 miles away you’re going to get flavors of tomatoes and breeds of apple you wouldn’t be able to get at a supermarket," said Anna Thomas Bates, food writer and co-owner of Landmark Creamery.

The event also offers attendees an interactive experience allowing them to tour family farms, participate in harvesting food and dine with other guests.

"On Saturday, we have a lot of on-farm workshops, so again, you can do local cheese making with the Anna’s from Landmark and a local wine and cheese pairing with Landmark Creamery and Hawks Mill Winery," Kivirist said. "But there’s a lot of other stuff as well from fermentation to bread baking, so unique farm experiences."