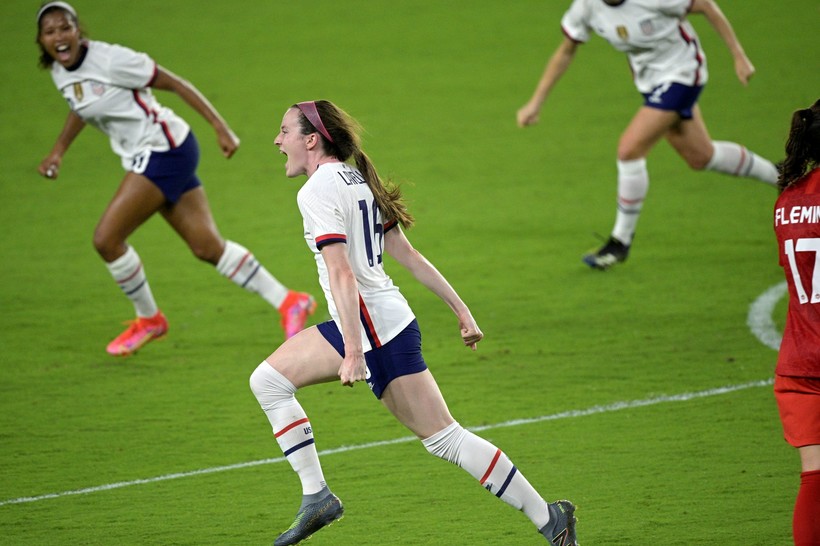 Since her standout performance in the 2019 World Cup, soccer star Rose Lavelle has not slowed down.

The midfielder, and former Badger soccer player, currently splits her time playing for the U.S. women’s national soccer team and the Manchester City Women in England — while also training for the Olympic Games in Tokyo this summer.

The pandemic has made for a strange year in the world of sports, but Lavelle has kept a positive outlook about Olympic prospects after they were postponed last summer.

"We're grateful to hopefully have the opportunity to play there this summer," she said. "We’re all kind of trying to get used to this new normal, but I think everybody's going through it … We just have to kind of adapt and adjust and go from there."

More and more competitive leagues are popping up and the talent continues to grow, she said.

"There's not one single destination league that all the players need to go to to get good competition," Lavelle said. "Globally, you're seeing competitive leagues all over the place where players can play and compete against really good teams."

With increased recognition can come increased pressure, but Lavelle says that pressure can be a privilege, and she’s blessed to be on the U.S. team with veteran players who have helped her learn how to navigate the potentially difficult side of winning.

"When you're on this team, the expectation is always high and there's always that pressure, but I think this team has always kind of thrived under those circumstances," she said. "It's something that I'm continuing to learn to deal with and compete with … but when you're put in a position where you have these pressures and expectations it can make it even more fun." 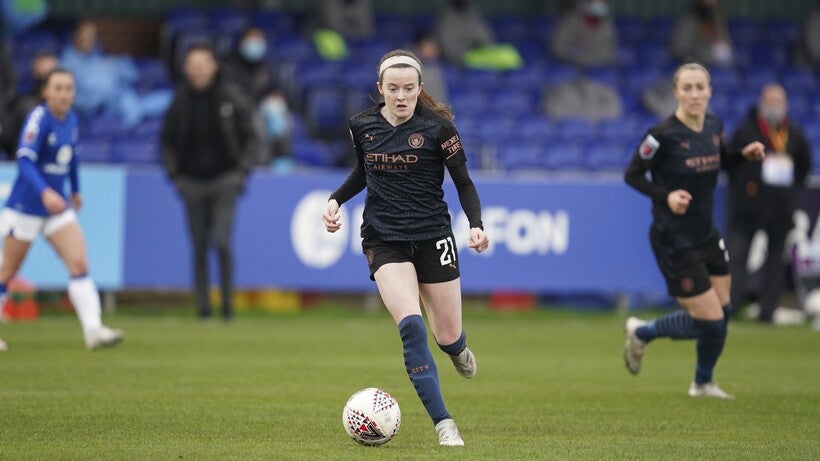 Lavelle takes her place as a well-known athlete and role model seriously when it comes to social justice. As a young girl, she looked up to the U.S. women’s national team, and now that she’s made it there herself, she wants to be a positive influence on those who look up to her.

"Our team has always made some bold statements against injustices, and I feel so proud and honored to be able to be a part of that and hopefully help influence the younger generation in a positive way to spark change and have them know that they are capable of doing it, too," she said.

Players on the U.S. women’s national team have been in a legal fight with the U.S. Soccer Federation for years over unequal pay compared to the men’s team. In December, the two sides announced an agreement on working conditions, but not on equal pay.

The issue of equality is critical to Lavelle.

"We want to leave this team in a better place for the ... girls that are coming up, and we're going to keep pushing to do that and push for equality and push for what we know we deserve," she said.

"Girls need to grow up and know that this is a viable option for a career and that it's not just a man's world, that they are very capable of becoming professional athletes ... and that nothing can hold them back," Lavelle continued.

If the Olympics do take place this summer in Tokyo, the U.S. women’s national team is among the favorites for the gold medal in women’s soccer. 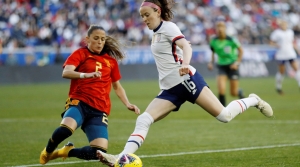 After rising to international fame in the 2019 World Cup, Rose Lavelle is splitting her play between the U.S. women’s national soccer team and an English club. We catch up with the former UW-Madison standout as she trains for the Tokyo Summer Olympics.