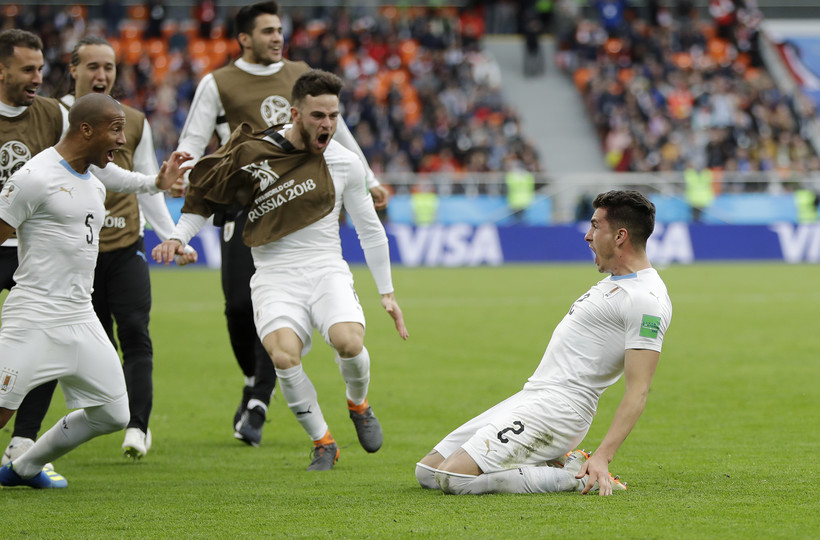 Uruguay's Jose Gimenez, right, celebrates with his teammates after scoring his side's opening goal during the group A match between Egypt and Uruguay at the 2018 soccer World Cup in the Yekaterinburg Arena in Yekaterinburg, Russia, on Friday. Natacha Pisarenko/AP Photo

Sport Captures Audiences From Around The Globe With Diverse Players, Fans
By Elizabeth Dohms
Share:

All it takes is a ball.

The ease of access to soccer makes it a sport that transcends borders, taking root in numerous nations, said Laurent Dubois, a professor of romance studies and history at Duke University, where he teaches a class on soccer politics.

"People have an amazing capacity to make this game their own, to make it feel like part of their culture," Dubois said. "The way their players move, the way their players play — but also the stories people tell around the game are all very much local and at the same time, they're very global in scope."

Dubois is the author of "The Language of the Game: How to Understand Soccer," in which he explores the ease of which the game travels around the globe. He talks about the design of the game, its rules and how to best watch it for maximum enjoyment, even attempting to answer the often confounding offsides rule.

While the sport has grown in popularity, especially among younger generations, it still loses its footing in the U.S. in a landscape dominated by football and basketball, Laurent said.

Talk of the game is seeping back into the fold now that the 2018 FIFA World Cup started Thursday. Russia dominated Saudi Arabia in a 5-0 match, kicking off the series to find the best team of 32 nations. Fans of the U.S. Men's National Soccer team will have to find another country to root for, as the men failed to qualify for the World Cup.

Although two of his favorite teams are France and Belgium, Laurent said many people are watching Egypt's team and its striker powerhouse Mohamed Salah. 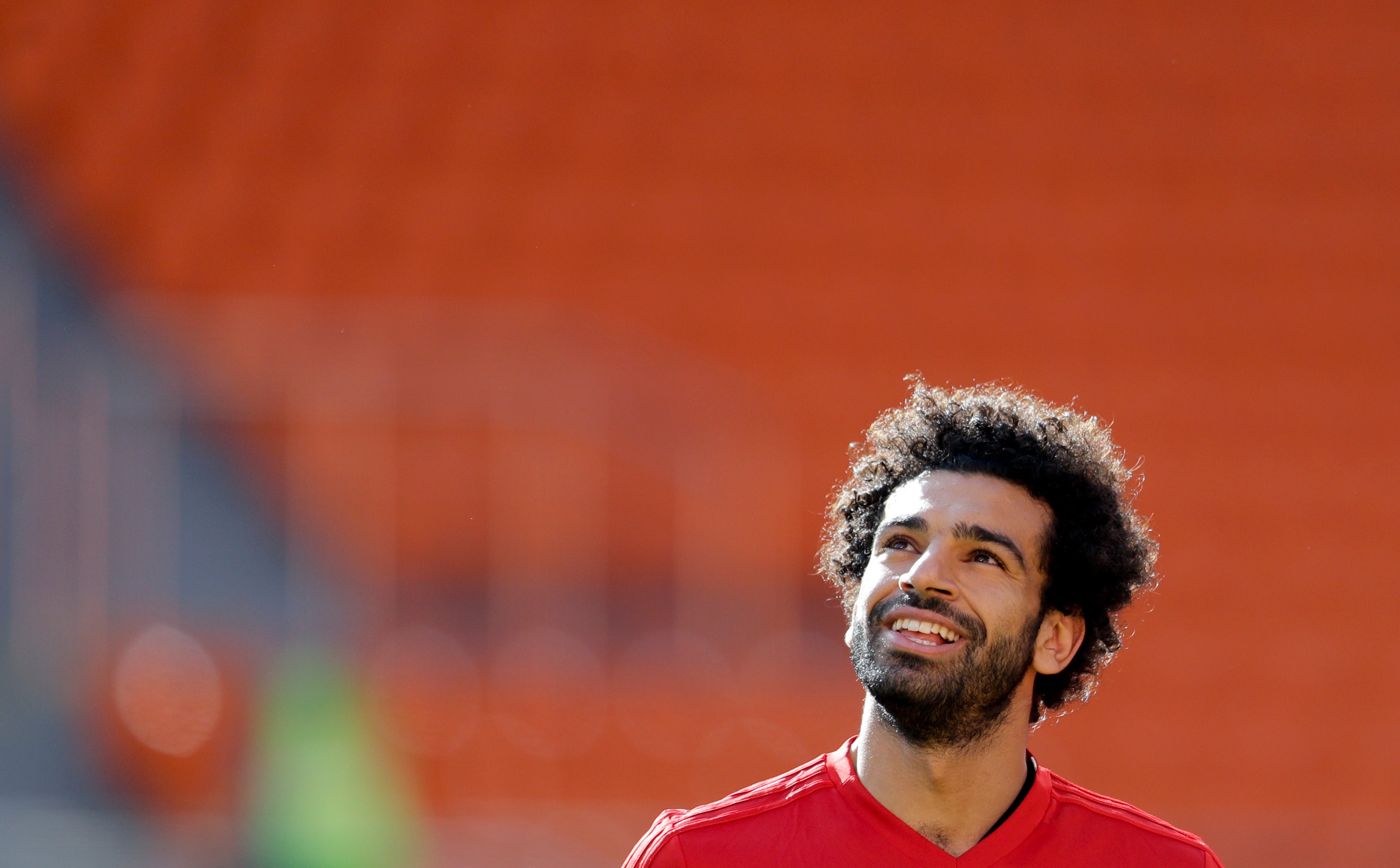 Egypt's Mohamed Salah smiles during Egypt's official training on the eve of the group A match between Egypt and Uruguay at the 2018 soccer World Cup. Natacha Pisarenko/AP Photo

Another benefit of the game Dubois points to is the ability soccer provides for a larger audience to rally around a particular player or team.

"The game just invited people to make allegiances across national boundaries," he said. "In a sense, we're like a lot of the rest of the world, and that means you have to choose a team."

Another perk of the sport is its openness to all body types, Laurent said. While sports such as basketball and football might require more height or girth to have an upper hand, soccer doesn't discriminate.

"There's a kind of invitation that comes from that because when you watch athletes who look a little bit more like you or you can imagine being in their shoes, that does make a kind of connection between the fan and the athlete and the connection between playing and watching is important," he said.

For all its draws, the World Cup has also garnered attention for being politicized and FIFA has faced criticism for corruption. Still, Dubois said the sport's teams push back against that with players representing the margins of their own communities.

"There are these kinds of representatives of the county but that look very different, often in their backgrounds and in the way they are, than the political leaders in their countries," he said.

In his book, Dubois also explores the stigmas women faced, particularly when the English Football Federation in the early 20th century banned their official play.

"Now obviously we're in a different phase where it's growing again, but the inequalities still persist as a result of having been held back earlier in the 20th century," he said.

He said while there is a sense that Americans don't see soccer as their national sport, the spotlight will be on North America as the U.S. will co-host, along with Canada and Mexico, the 2026 FIFA World Cup.

"It's gong to be the largest geographical spread," he said of the games set to take place in eight years. He also noted 48 instead of 32 teams will compete at that time, making the tournament also the largest in size.

"This is going to be kind of a huge thing after the Russia and Qatar tournaments and there's going to be a lot to do to get ready for it," he said.

The Language of the Game: How to Understand Soccer

The Language of the Game: How to Understand Soccer