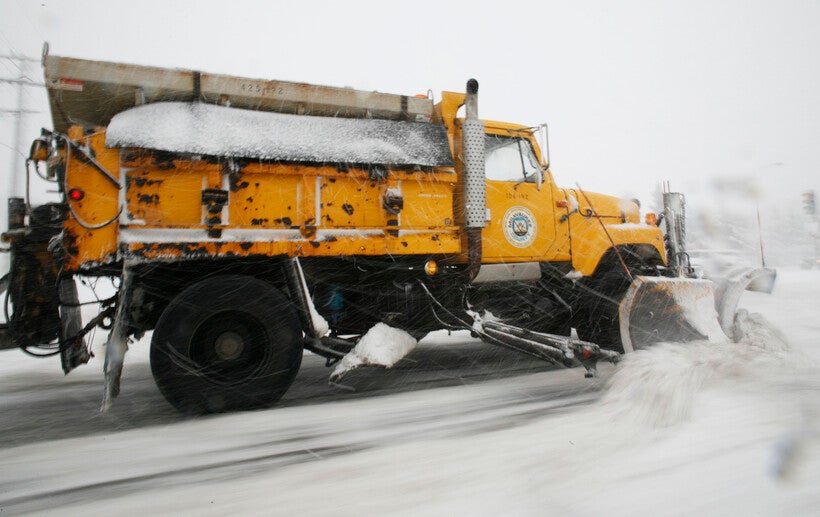 In Dunn County, highway commissioner John Sworski said $1.2 million was budgeted for snowplowing and road salt in 2019. He said that total was based on a five-year average of winter maintenance costs. But February was anything but average, he said.

"We went through over 40,000 gallons of diesel fuel just in the month of February, which is just about unheard of," Sworski said.

"We already exceeded 100 percent of our winter maintenance budget in March, April," Sworski said. "By that time we had basically gone through our whole yearly budget with anticipating that there’s two and a half to three months of winter yet to come here before we get to our new fiscal year January 1."

Because the winter maintenance budget had already been spent, Sworski said he had to pull around $1 million from funds slated for summer road construction to ensure there was enough money to pay for plowing through the end of 2019.

It’s much the same story in neighboring Eau Claire County.

According to the National Weather Service, the city of Eau Claire had a record 53.7 inches of snow in February. County Highway Commissioner Jon Johnson said his plow drivers were running between 115 and 120 hours per pay period which drove up labor costs.

"We went $20,000 over our overtime budget already just because of the heavy winter we’ve had so far," Johnson said. "It was just pure equipment and labor costs that were obscenely high."

Eau Claire County has spent all but $10,000 of it’s annual $851,000 winter maintenance budget. But Johnson said the department has another small pot of money it can draw from, and he’s hopeful they’ll break even by the end of the year.

Wisconsin County Highway Association Executive Director Dan Fedderly said the heavy snows of February have hit snowplowing budgets hard across the state but parts of southern Wisconsin including Madison, Milwaukee and La Crosse, may have gotten the worst of it. He said highway commissioners around Wisconsin will be watching their budgets closely as winter takes hold once again in Wisconsin.

"You know, whatever happens right now will be on top of what was the majority of last winter’s cost," Fedderly said.