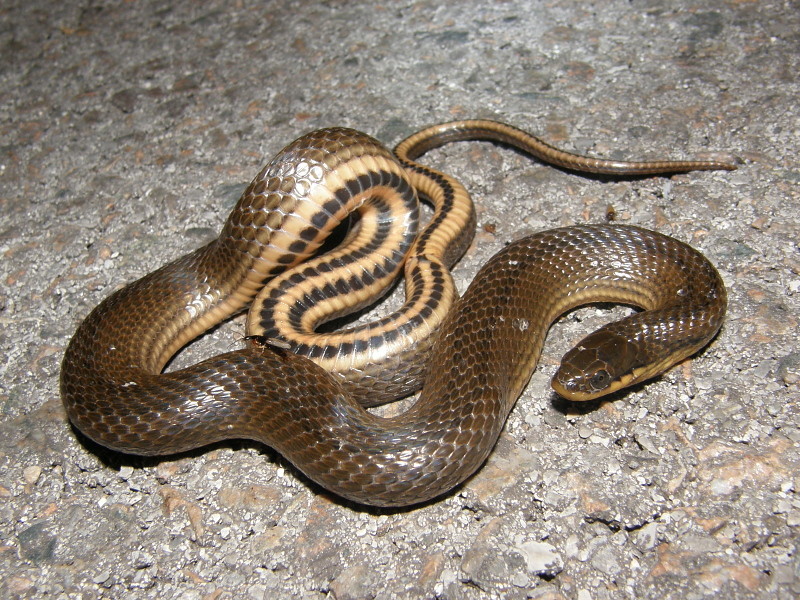 ListenDownload
'To The Best Of Our Knowledge' Segment: Snakes And Steeples

The Rev. Jamie Coots, a Pentecostal pastor who handled snakes as part of church practice, died on Saturday after refusing medical attention for a fatal bite.

Coots was a star of the National Geographic Channel’s “Snake Salvation” and his death has attracted national media attention.

Wisconsin Public Radio producer Charles Monroe-Kane interviewed Coots only two weeks before his death for "To The Best Of Our Knowledge," during which Coots embraced the possible fatality of his spiritual practice. In the interview, Coots said he didn’t want to die from a snake bite “because it brings persecution upon the church.”

However, he said that if he had to die from a tragedy, “I rather, even though it’s going to bring persecution, (by) serpent … and everybody around me praying  as (opposed) to in a car crash, and everybody standing around me cussing.”

In the wake of Coots’ death, Monroe-Kane expressed concern that the media had labeled him as someone who refused medical attention for religious reasons, which he said isn't the case.

“(Coots) goes to the hospital once a week for treatments for his asthma," he said. "The reason they don’t get medical treatment is about being embarrassed …  Those local hospitals would see them and see their failure and it wouldn’t bring grace to God.”

Coots had been bit multiple times previously and even lost part of a finger. He said that injuries can happen “because you move too quickly … or you had something in your life that you shouldn’t have been handling at that time … maybe you just had an argument with your wife."

In spite of the ridicule that some might place on such religious practices, Coots insisted that his church wasn't exceptional.

“It’s no different than any other church except the small part of taking up serpents, which is not done as often as people think. Our main goal, like every other religion, is salvation,” he said.

Listen to full "To The Best Of Our Knowledge" segment.