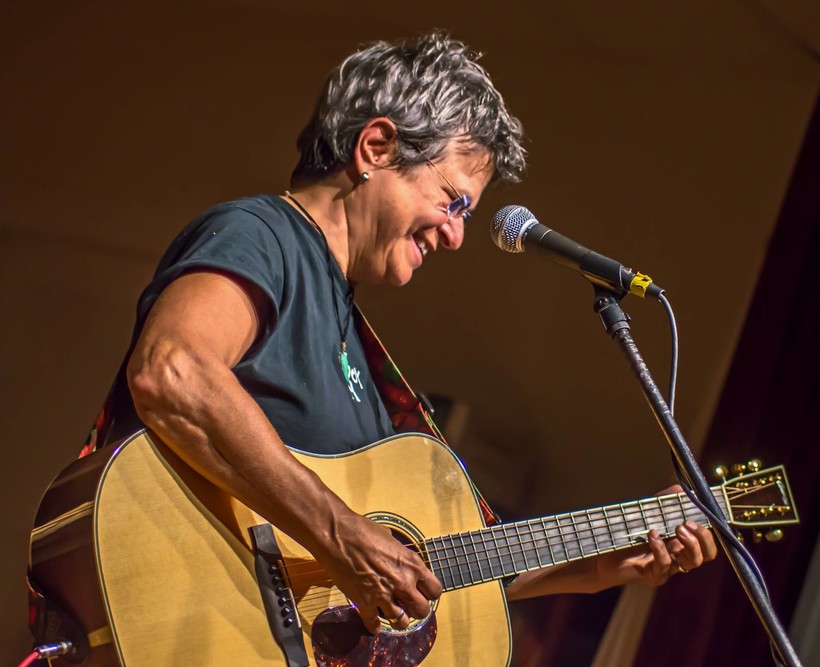 Fure counts Marquette, Michigan in the Upper Peninsula as home, but she lived in Madison from 2000 to 2012. Now based out of Newport News, Virginia, she was interviewed by "Simply Folk" host Stephanie Elkins in WPR's Madison studio in March 2015.

During that interview and performance, Fure shared some of her experiences working as a performer and recording engineer during the early years of her career.

"(Engineering) got me through the (1970s) and '80s, especially the late '70s when I was in L.A. and between record deals. I had the good fortune of being taken on as a second engineer and getting on the job training and it really kept me alive. I didn't have to wait tables. I didn't have to do other things while I was playing the big game in L.A. I always had studios to work in," she said.

She said that working with and having access to the recording process helped Fure's career along, connecting her with other musicians. For many musicians starting out, that kind of access can be invaluable, she said.

"I think it influenced my music-making for sure. I got to play with a lot of different musicians ... I worked at a lot of independent studios and I would trade hours. I'd bring in a chart and say. 'I'll knock off an hour if I can play with your guys or your girls' ... I'd get some tracks out of those ... the barter system," she said.

In the folk music community, other women have often been the ones "behind the music,” producing their own recordings like Leyla McCalla and her album, "A Day For The Hunter, A Day For The Prey," or producing other’s recordings, like Laurie Lewis, who has produced 14 albums, including ones by Alice Gerrard, the T Sisters and Claudia Russell and Bruce Kaplan.

During her interview, Fure also talked about songwriting, performing for an annual Alzheimer's disease benefit concert and living in a small town. Hear her song, "Small Town," from "Simply Folk's" 40th Anniversary collection by clicking on the link above.

To hear the entire interview and performance, from which the "Small Town" recording was taken, visit this page.