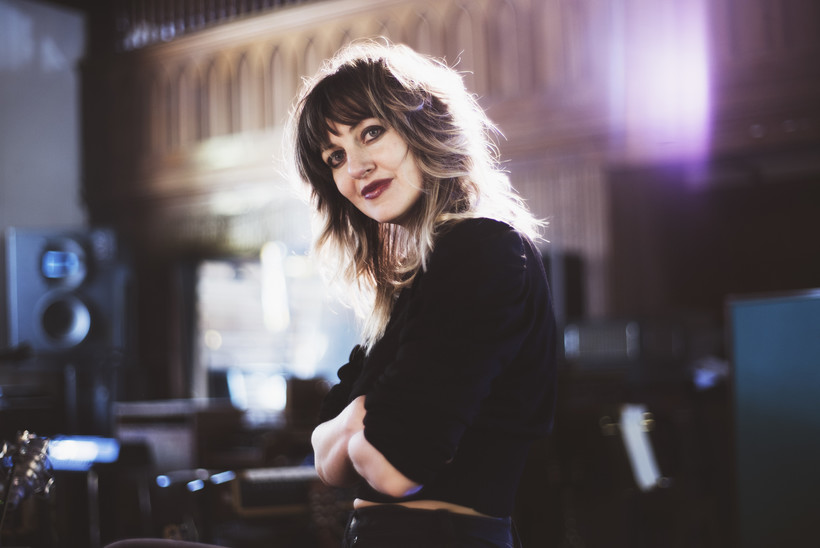 The 'Hadestown' creator talks about her self-titled release
By Steve Gotcher
Share:

Music often reflects the mood of the era in which it was created. Likewise, writers, poets and musicians chronicle our times with their art. Through the sharing of their experiences, we find similarities to our own, and that shared understanding helps us cope with difficult times.

The last two years have brought us new music about loss and sadness and hope and reflection. While the pandemic spread worldwide, Anaïs Mitchell gathered some of her musical friends together to record her eighth solo album titled "Anaïs Mitchell."

She and her friends, including members of her band, Bonny Light Horseman, have created an album that falls squarely in the hope and reflection category. She talked with WPR's "BETA" about the experience of gathering people in a room to play music together.

"I think we recorded this whole record in the Hudson Valley," Mitchell said. "My bandmate, Josh Kaufman, is the producer of it, and we had our friends, JT Bates and Mike Lewis, and we were all there in the room together. We also had Thomas Bartlett, who was playing the piano."

"It was so remarkable to share airspace and record this music live. You can hear all of that at the beginning of the track. I think someone makes a heavy sigh, and then someone counts off the drums and then doesn't play. I love that you could hear the humans in the room at the beginning of the first song on the album, Brooklyn Bridge. And then, of course, the track itself; it felt like it was a portal. It was a sort of an entryway into the record."

That "portal" begins a musical journey that speaks of life changes, loss and love. Thanks to the production skills of Kaufman, it is an album of lush yet sparsely arranged songs that highlight Mitchell's skillful songwriting.

"It was important to him that the storytelling on this record is the engine of the music," Mitchell said. "So he wanted to create a lush and warm environment for those stories to be told. But he didn't want to compete with the melodic line of the voice with other instruments."

The album "Anaïs Mitchell" is a departure from her previous project, "Hadestown," which ran on Broadway until the spread of COVID-19 shut everything down. That project involved writing for characters in a collaborative environment. She wanted to convey a more personal message with her songs for this project.

"This is the most personal and direct record I've ever made," Mitchell said. "'Hadestown' was this grand experiment in taking on the voices of other characters dressing up in these larger-than-life voices. I would take on these characters and dress them up in disguise. The songs on this record are not like that; there is no disguise. They're almost embarrassingly direct.

"I'm interested in this intersection between what feels honest and that place in me that feels vulnerable. It could be somebody else's experience. It could be universal. A million people have had that experience of riding over the Brooklyn Bridge in New York, and so to hit that Venn diagram of what feels intensely personal and intensely universal. That's where I would like to live as a songwriter."

The difficulty of writing from such a personal perspective without pretension is a daunting task. Mitchell explains that she struggles with finding the words that reflect her true feelings, but she knows when it is there.

"When I finally discovered what that was, I feel in my body that this is what I'm trying to say," she said.