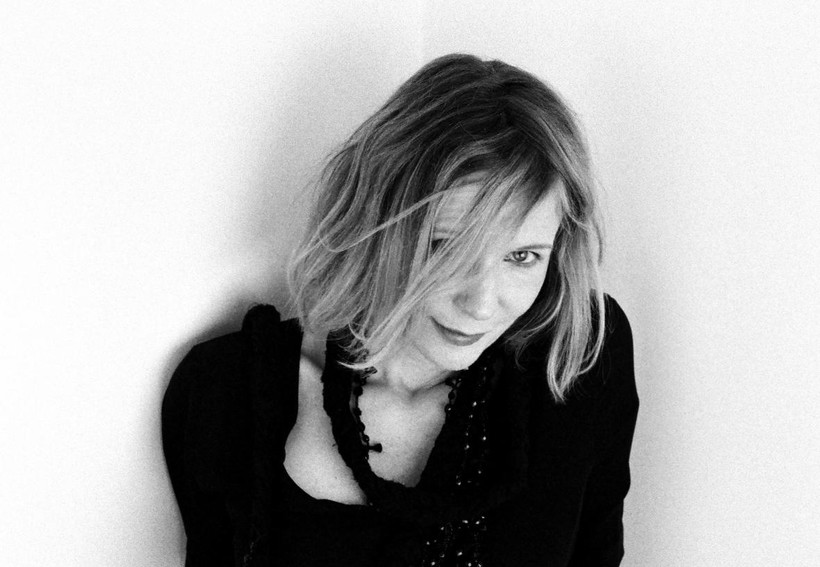 Singer-songwriter Sam Phillips has been keeping busy these days. Among other things, she's been making music for television.

You may know her work from "Gilmore Girls." Phillips is the woman behind those distinctive musical cues, which have been dubbed the "la la" songs.

But she hasn't forgotten about making albums. Phillips has just released her 10th studio album, "World on Sticks."

"It was a concept that slowly gathered itself over the last few years," Phillips told WPR's "BETA." "And I think the song or that title ('World on Sticks') in and of itself is the beginning of a feeling that something needs to change, you know, kind of that uneasiness. And I think that as time went on, yes, all those thoughts came into my mind about the Earth, about life as we know it."

During her conversation with "BETA," Phillips expanded on this quote.

"We have earthquakes out here in Los Angeles. And they always say that the cats can feel the vibrations of the Earth, I think that dogs can, too. And they start reacting before we can feel the earthquake. And I feel like as songwriters, we’re funny creatures. If we’re paying attention, we can feel the rumblings of things before they hit us. And it seems that we’re in a really interesting time in humanity in this country, a very difficult time, you know. And a time of decisions, of deciding, you know, like the last song that I wrote for the record is called 'How Much Is Enough.' And I thought that this was a good question, it deserved a song. And how much is enough, we all have to figure that out for ourselves, we have to ask that question I think to a lot of areas of our lives — not just our political scenario here but also how much is enough for me personally of material things, how much can I take, how much information can I have coming at me at any given time?"

Many of the songs on "World on Sticks" come across as an attack on what we are doing to our natural landscape but "How Much Is Enough" seems to be an attack on our modern media landscape, especially when Phillips sings the lyrics: "Someone keeps giving us the wrong numbers. We're not supposed to know what's true." Which raises the question: Does Phillips see this song as an attack on contemporary media?

"Not an attack on contemporary media," Phillips said. "I think it really is a question that I think everybody has to answer for themselves. How much can you take? How many lies can you take? How are you going to find the truth? Do you have to find the truth for yourself in your life first before you can find the truth for larger situations? For instance, you know, when I was a kid growing up in Los Angeles, the air was really bad because we didn’t have unleaded fuel at that time. And there was a lot of smog, a lot of pollution. And thank goodness that there were people in the state that lobbied for cleaner air and regulations that helped the cars, the fuel, everything become cleaner. Because when I was a little kid, I would have to lie down because my chest would hurt. You’d just be out playing as a kid and it was so smoggy and so bad, you’d have to lie down. And, you know, I realized maybe in other areas of the country, the air never got that bad because people weren’t growing up in cities and maybe when their emphasis is on, you know, jobs and money, maybe they don’t understand, they’ve never lived through the air quality being so bad that you have to lie down because your chest hurts."

Phillips collaborated with writer-director Dave Rygalski — former writer for both David Letterman and Jay Leno — to assemble a collection of jittery film clips of word and picture collages that she made by using vintage album covers. Phillips refers to the agitated footage as "jittervids."

The opening song on "World on Sticks" is "Walking Trees" and there’s an interesting story behind what inspired Phillips to write this one.

"I was passing this tree every day going to the studio. And we were going through a really bad drought in California. And it just seemed that this tree was drooping. And I started reading about trees and how they help each other with their roots underneath the ground," Phillips said. "They can reach out to a dying tree and help that other tree. And it was funny because as soon as it started raining, he seemed happier. And I think I was imagining him also looking at me, or I imagined this situation, kind of taking a little pity on the human person, you know, oh, that poor little person, they’re only around for a third of my lifetime and they’re all worried, and they’re going through what they’re going through down there. And wouldn't it be nicer if they could be a little more calm, if they had more perspective, if they could be up at this height or if they could live 200 years or 150 years and have that perspective? And so of kind of trading places with the tree thinking, you know, we are in a funny predicament as humans and we are kind of like walking trees. That’s what he would call me. 'Oh, there’s that walking tree again.'"

The drum intro has this very dystopian feel. And yet there are also these very beautiful, very lush string arrangements on many of the songs. It kind of feels like Phillips has created this running thread of sonic cognitive dissonance over the course of the album.  On the one hand, the booming drums convey fear and horror, yet the lush strings give us hope and optimism.

Does Phillips agree with this interpretation?

"I think that’s absolutely right," Phillips said. "And I think that’s the teetering of the 'World on Sticks,' the drums pulling it. And when I first started this record, I asked Jay Bellerose, the drummer that I’ve been privileged to work with for the last decade, I had him play drum performances and then I wrote and edited to those performances. And one of the songs called 'I Wanna Be You,' that phrase came out of his drum playing."