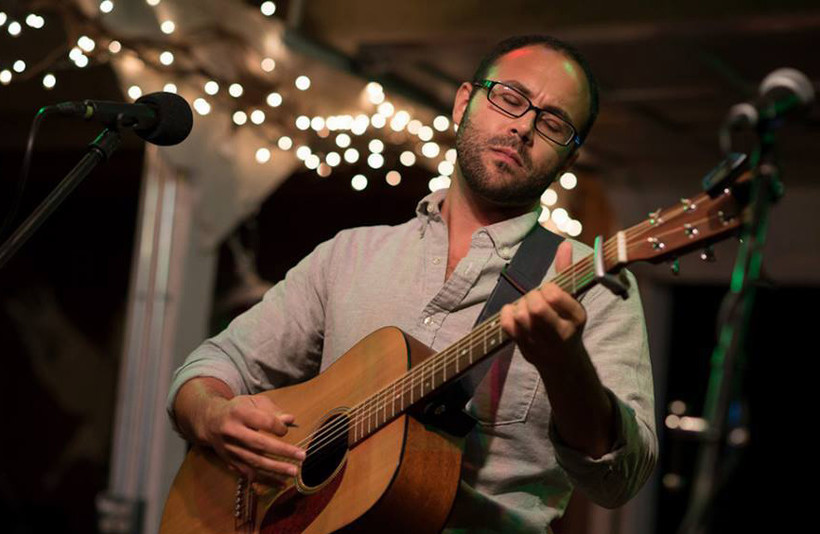 Simon Balto Sings A Beautiful, Yet Stark Elegy For A Struggling Community

Song About A Working-Class Family Is The September ‘Simply Folk’ Download Of The Month
By Dan Robinson
Share:

That’s how Midwestern alt-folk musician Simon Balto described his songwriting while in the WPR studio for a 2014 "Simply Folk" interview with Stephanie Elkins.

During that interview, Balto, who grew up in Wisconsin, shared one of his songs that tells a story of a working-class Midwest family and generations of struggle, from farming to factory work to office work and into the future. Later titled "Midwest Elegy," during the interview, Balto hadn’t yet given the song a name.

"It doesn't really have a name yet. It's had various sorts of running names. One is 'Inheritance.' One is 'Dying Days,' which is pretty obvious. But it's a song really about ... where I come from and about watching a small town and the people that you care about and places you care about really struggle," he said. "The new economy that's not so new anymore I guess."

The song eventually ended up on Balto’s album, "Murmurations," released in 2016. The album cut includes piano along with Balto’s guitar and voice, but this interview version, included on the "Simply Folk 40th Anniversary Collection" CD, has only his voice and spare guitar, further highlighting the stark portrait he paints through the lyrics:

I remember my grandfather’s hands

Calloused and tore up, from forty-eight years at the plow

His forehead worry lines they rhythmed with the seasons

‘Til capital markets gave him a reason

When the factory farms plowed him under four decades ago

After singing about the father who worked at the Janesville GM plant, and "took a square jaw-lined pride in his labors" only to be laid off during a recession, and the singer’s own work pushing "paper for paychecks at the last living business in town," Balto sings:

And I hoped for my son something better

But so far he’s lived my life down to the letter.

Come on, kid, this life – it’ll dig you a grave in so many ways

And only the sturdiest ones will survive the Midwest’s dying days.

And only the fortunate ones will survive the Midwest’s dying days.

"A lot of the songs that I write have dark undertones, and I guess some overtones to them, which is sort of funny because I don't consider myself a very dark person," Balto said. "Some of it, especially these themes of loss and things like that, come from losing a lot of people in my life when I was young, and you know as I've aged as well, and sort of watching people go through sort of navigating those losses, (and) myself navigating those losses."