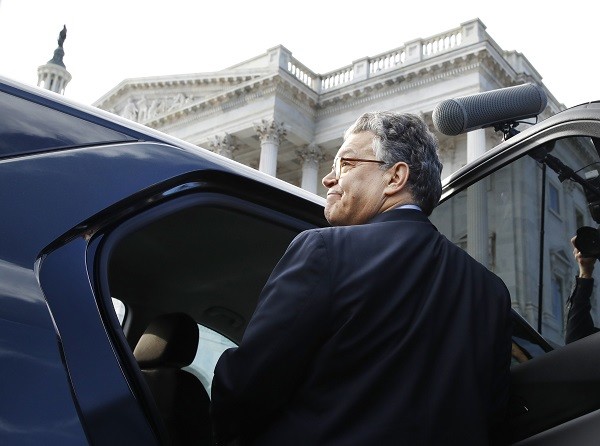 The fallout from sexual harassment allegations is rippling through America’s political system - at the federal level and in Wisconsin’s legislature. President Donald Trump sparks global debate after declaring the United States will move its embassy in Israel to Jerusalem. Plus Wisconsin’s Attorney General finds the source of a political leak, but he can’t determine who did it. With our guests, we discuss those and other political stories in the Week in Review.

United States Senator Al Franken is resigning over allegations of sexual misconduct. He called out President Donald Trump in his speech on the floor Thursday during a speech in which he said he would resign. Franken’s just one of the powerful men accused of abusing their power. Another Democrat, U.S. Representative John Conyers, Jr., resigned mid-term. He faces sexual misconduct accusations, too. Meanwhile a Republican candidate in Alabama’s special election garners high-profile endorsements from the president and the GOP, despite multiple accusations of sexual misconduct toward minors. In Wisconsin, State Rep. Josh Zepnik admits he kissed two women without their permission. Party leaders removed him from his committee assignments in the wake of the allegations.

The United States officially recognizes Jerusalem as the capital of Israel. President Donald Trump’s announces set off protests as Palestinians and Israelis clashed. Other world leaders warned America against the move, but the president ordered the State Department to prepare to move the embassy to Jerusalem.

Wisconsin’s Attorney General Brad Schimel wants nine people to face disciplinary action. That follows an investigation into a leak of documents from a now-closed inquiry into Governor Scott Walker's campaign. Schimel says the leak came from the Government Accountability Board, but he can’t determine which member is responsible.

Share your thoughts about the topics in the Week in Review by emailing ideas@wpr.org, posting on the Ideas Network Facebook page, or tweeting @wprmornings.