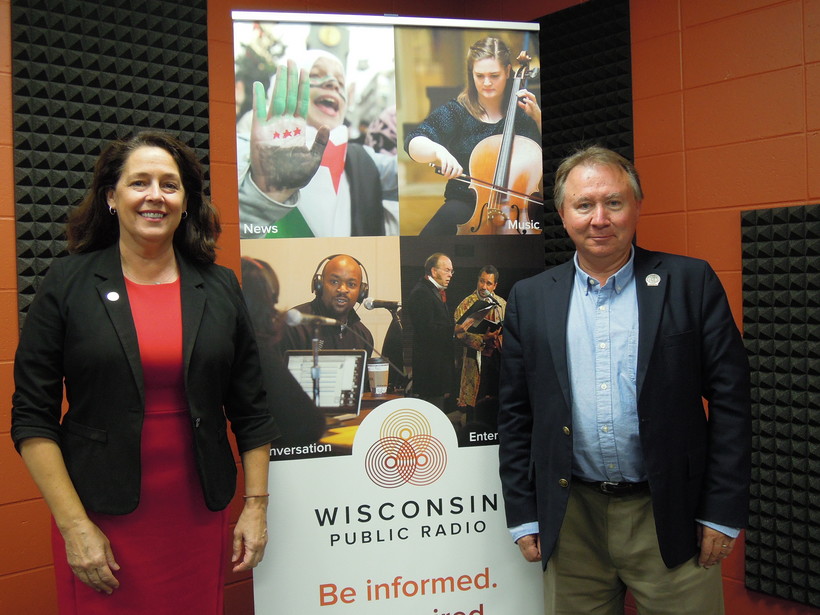 The funding for Wisconsin's car-killed deer removal program is no longer in the state budget, and that has state Rep. Steve Doyle concerned dead deer will start piling up along state highways.

"My office gets calls all the time. 'Why aren't we picking up deer carcasses?'" said the Onalaska Democrat. "What our local highway people are now saying is what they're being told is 'just drag the deer carcass off to the side of the road because we don't have any place to put them, we don't have any funds to dispose of them.'"

October and November see higher rates of car-deer crashes because deer are breeding and on the move. The Wisconsin Department of Natural Resources has traditionally been responsible for making sure deer are removed from state highways. According to the Legislative Fiscal Bureau, the state's 2015-17 budget included $700,000 to pay for the program. The DNR contracted with local governments and the private sector to make sure the deer roadkill was properly removed from roads and disposed of.

Now, the Wisconsin Department of Transportation is taking over the responsibility of removing deer from the roadside. But the 2017-19 budget approved by lawmakers essentially eliminated the car-killed deer removal program by defunding it. Lawmakers did add $30 million more to the DOT's highway maintenance fund, and one of Gov. Scott Walker's 99 vetoes included language allowing highway maintenance money to help remove deer, "if a need arises."

Doyle said with the importance of tourism to the state's economy, he questions whether dead deer along the roadside should greet tourists.

When the state budget was signed on Sept. 22, the DNR terminated contracts with 10 private vendors and 15 local governments who were responsible for deer removal on state highways and interstates. The DOT has the vast majority of those back under contract through the end of February 2018 according to DOT Bureau of Highway Maintenance Director Rose Phetteplace.

"Are we going to have the program run exactly the same starting March 1 of next year? I don't know. But this gave us some time to evaluate the program," she said. "We want to take a look at how we can run the program going forward, but we want to do it in a cost-effective way."

Phetteplace said with Wisconsin coming into the deer rut season it's important to move quickly to re-establish roadside deer removal.

"Something has to happen with the deer carcasses. We can't just have them piling up on our right-of-way right next to the shoulder," she said. "That's not the Wisconsin I want to see driving down the road."

Phetteplace said the DOT will pay for deer carcass removal through its budget for routine highway maintenance.