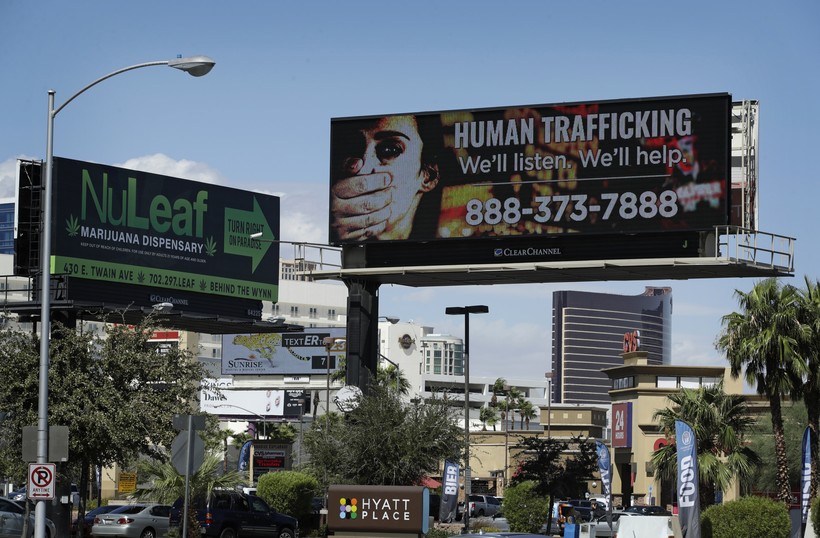 As awareness about human trafficking grows in Wisconsin, those who work on the issue say there are warning signs parents and even complete strangers can look for.

"Human trafficking has been reported in all 72 Wisconsin counties. So, it’s an urban problem, it's a rural problem, it’s an everywhere problem," said Cat Jacoby, program and public relations coordinator for Fierce Freedom, an Eau Claire-based agency that travels the state to educate about human trafficking and help victims.

Experts say each human trafficking case is different, but the reasons people get lured into human trafficking are similar. Victims are often looking for a sense of family and belonging and are often the victims of physical, emotional or sexual trauma at an early age.

"Sometimes we think it’s always money. But, it’s just a place to stay, sometimes it’s food, sometimes it’s the love of the person they want to be around. The money part is the last element that some of the young ladies or men even think about. It’s being involved with a crowd that accepts you for who you are," said Nancy Yarbrough, the founder and executive director of Fresh Start Learning, Inc., which counsels survivors of human trafficking in Milwaukee.

Yarbrough said much of human trafficking prevention can start in the home, with a strong bond between parents and children.

"(Parents) follow your instinct. A lot of these young ladies that we work with that’s exactly how it happened. They had a friend they met at school. This friend was already hooked into the life. They start hanging out and going to parties. They wanted to be popular. All of a sudden, they got in further than they wanted to because of the deception," Yarborough explained. "Parents, have a close enough relationship with your child where they feel like they can come to you and tell you anything, even if they disobeyed you."

People also want to know what to look for if they run into someone who is a human trafficking victim in a public place like a restaurant or hotel.

Yarbrough said someone who is a victim is often afraid to make eye contact, looks out-of-place, could be with someone much older than they are or may appear drugged.

"Maybe a victim comes into a hotel and she is not dressed appropriately for the weather," Jacoby said. "It’s cold out, and she’s scantily-clad, but maybe her hair and nails look freshly done."

"We always say get them away from the alleged trafficker if you believe that person might be trafficking them," she said. "A question you can ask is, 'Where are you sleeping tonight?' If the person cannot answer the question easily, I think that tells you a lot."

Advocates said someone who suspects they are encountering human trafficking shouldn’t intervene but call law enforcement with information like an address or license plate number and ask police to do a welfare check.