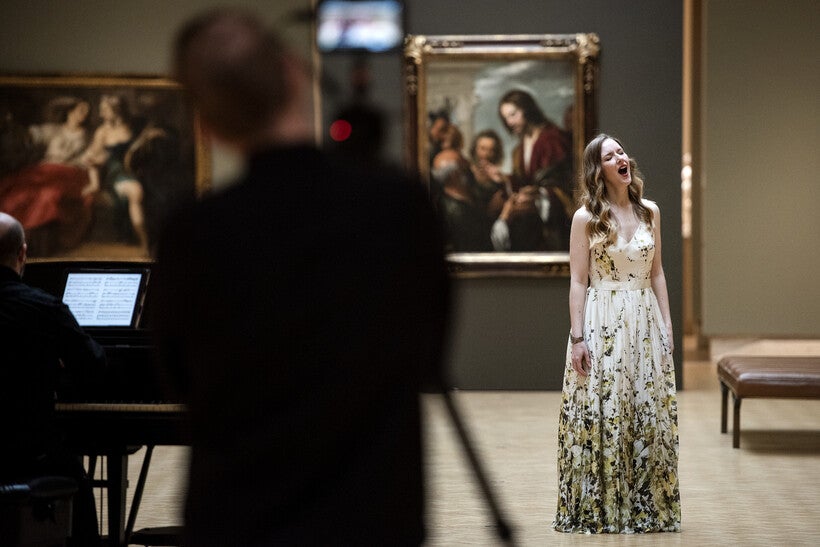 Soprano Jeni Houser films an "Opera Postcard from Madison" on Monday, March 22, 2021, inside the Chazen Museum of Art in Madison, Wis. Angela Major/WPR

The Show Must Go On (Virtually)

When the coronavirus pandemic hit Wisconsin last March, Madison Opera director Kathryn Smith had some difficult decisions to make. The company canceled a concert, then a whole show.

"It was just a whirlwind of telling an awful lot of people all at once," she said.

As the lockdown stretched on, it became clear it wouldn’t be safe to put on one of the company’s most popular events, Opera In The Park.

So instead, it went virtual. More than 40 singers performed Verdi’s "Anvil Chorus" on video, using household objects for percussion. They banged on pots and pans, and clinked beer bottles to mimic the sound of hammering an anvil.

"It was a massive success," Smith said, adding that it was seen in 49 states and 21 countries.

Over the last year, many of Wisconsin’s performing arts organizations have had to pivot from putting on events for large in-person audiences to virtual or physically distant performances. It's been a difficult year, both creatively and financially.

Madison Opera has continued to produce video content, including videos shot in Madison locations like the Chazen Museum of Art. 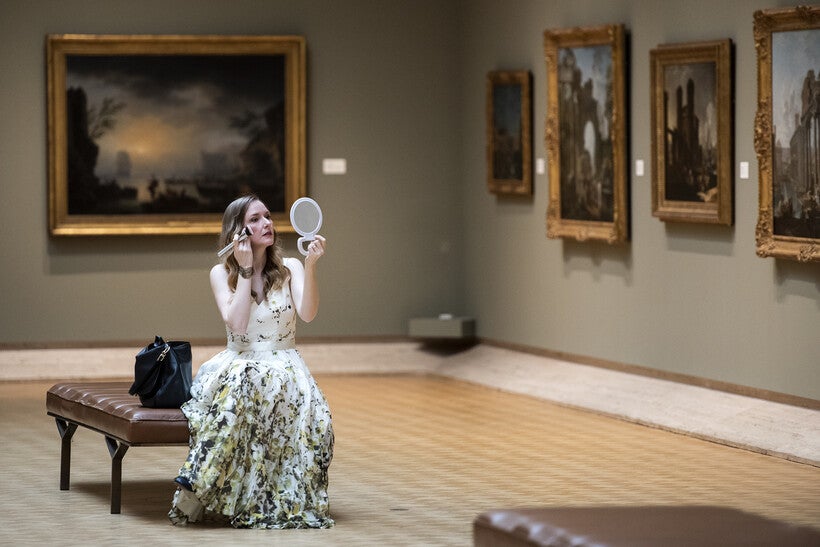 Soprano Jeni Houser applies makeup in between the filming of scenes for an "Opera Postcard from Madison," on Monday, March 22, 2021, inside the Chazen Museum of Art in Madison, Wis. Angela Major/WPR

The Milwaukee Ballet offered different ways to view their performance of "The Nutcracker" over the holidays — on video or in person, with physically distant seating.

Maria Van Laanen, president of the Fox Cities Performing Arts Center (FCPAC), said although it’s impossible to replicate virtually exactly what happens on stage in person, there are still ways to connect with audiences.

In a normal year, FCPAC hosts national Broadway tours like "Hamilton" and "Wicked." In 2020, they hosted video talks with local artists, held virtual panels about social issues, and had a muralist do a live painting performance.

"We wanted to make sure that we continue to deliver those engagement opportunities that tie whatever discussion can be evoked by what's happening on the stage to make a meaningful connection to the community," she said.

Still, it was a tough year financially, Van Laanen said. Despite receiving funding from the federal Paycheck Protection Program, more than 80 percent of the center’s staff was furloughed, and others have had their pay reduced. Many organizations didn’t survive, she said.

"Organizations have already announced their closure because they could not weather this storm," Van Laanen said. "And it's heartbreaking to see that happen because they've been underfunded, under supported by their community for years."

According to the National Assembly of State Arts Agencies, Wisconsin ranks in the bottom two states nationwide for state funding for the arts per capita. The Wisconsin Policy Forum reported last year that the pandemic has been devastating for Wisconsin’s arts organizations. 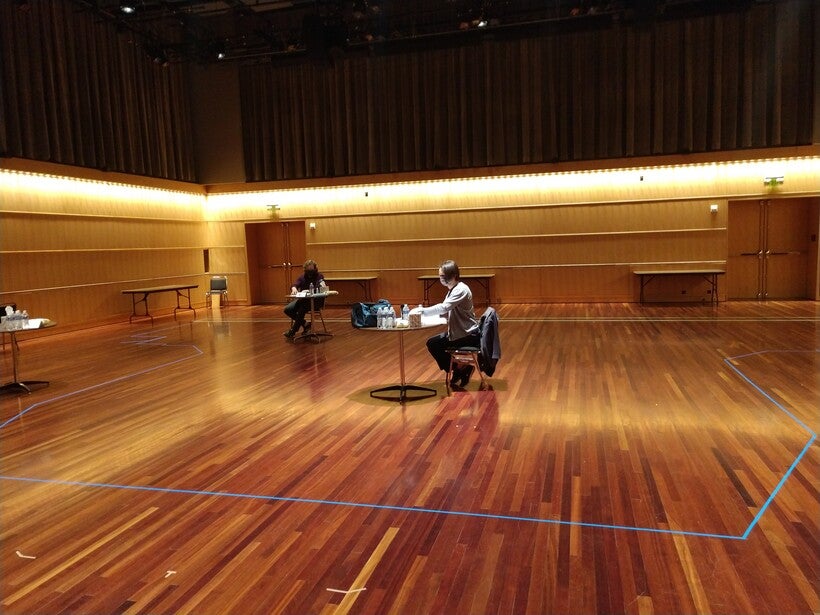 For the first time in a year, actors with Forward Theater Company were able to rehearse in-person in March, remaining physically distant. Photo courtesy of Forward Theater

Looking ahead, the coming year may prove to be even more difficult, said Jen Uphoff Gray, artistic director at Forward Theater Company in Madison.

But as the vaccination rate is going up, there’s hope in the not-too-distant future, said Uphoff Gray. Last month, Forward’s actors returned to in-person rehearsals for upcoming filmed performances. The company is hoping to be able to have a small audience present for their monologue festival in June.

"Once people really truly feel safe through the end of this pandemic, whenever it may come, I think that we'll see a real renaissance," Uphoff Gray said. "Both from artists but also from audiences in their desire to experience art communally together."