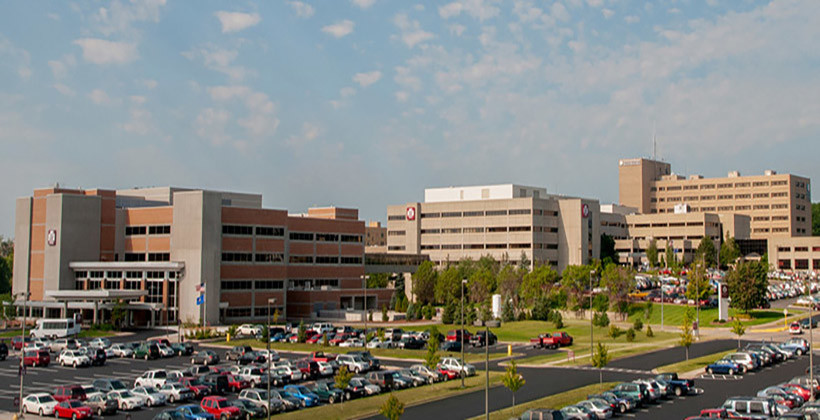 A health care company in Marshfield is consolidating a program that provides forensic exams for sexual assault victims, leaving survivors with a longer drive to get the help needed to pursue prosecution.

Marshfield Clinic Health System says it's "consolidating" the Sexual Assault Nurse Examiner, or SANE, program in Marshfield, effectively closing the program at the Marshfield Medical Center and consolidating services at the system's medical center in Weston about 45 minutes to the northeast. SANE programs enable forensic nurse examiners to collect evidence that can be used in court, and address survivors' health needs.

Wisconsin Public Radio obtained a Nov. 17 letter to SANE nurses in Marshfield that said their positions as forensic nurse examiners would be eliminated that day for "business reasons." But an internal company newsletter last week said the consolidation would be effective Dec. 12.

The consolidation comes as Marshfield Clinic Health System has reportedly seen millions in financial losses, and is in merger talks with Minnesota-based Essentia Health.

In a statement, a company spokesperson said the consolidation is ongoing, and is based on the training employees need and the number of patients seen by the SANE program in Marshfield.

"We believe it was more sustainable to consolidate it in Weston, which receives a greater number of cases, and sees patients from across the state, including from Northern Wisconsin," the statement read. "The number of patients we see in Marshfield has decreased for quite some time, where in Weston, being centrally located to serve patients from across Wisconsin, there exists more resources, more staffing and sustained training opportunities."

'I feel like these patients just aren't going to get care'

While the health care provider says the consolidation will cause "no disruption for patients," two former Marshfield forensic nurses disagree. The former SANE nurses say the move will prevent victims from receiving care.

They said Marshfield Medical Center-Marshfield’s SANE program saw patients from about an hour away, who would now have nearly a two-hour drive to receive a forensic examination in Weston.

"It takes a lot out of them to come in and get evaluated," said Carmen Vazquez, a former SANE specialist at Marshfield Medical Center-Marshfield. "For them to be told they have to drive another 45 minutes to be evaluated, I can see people being like, 'No, I can't do it. It took me everything to come in here in the first place.'"

A Marshfield Medical Center employee with direct knowledge of the situation, who spoke on the condition of anonymity for fear of retaliation, said she felt that the consolidation was "taking a step back 100 years."

"It's already hard enough for these patients to come in, talk about and relive what happened to them," she said. "For us to deny them that care and say, 'You can drive another 50 minutes,' in my opinion, I feel like these patients just aren't going to get care. They already went through a traumatic experience, and now we're telling them, 'No, we can't help you.'"

That means, in most cases, a survivor would have to travel to Weston for the SANE service, the spokesperson said, adding that the health care provider is "exploring ways to lessen the burden on patients."

"Those who come to our Marshfield Emergency Department will absolutely receive medical care necessary, and our SANE nurses on call in Weston are available to provide consultation to patients in Marshfield, and if needed, help arrange transfer to Weston," the spokesperson said.

Gillian Drummond, communications director for the Wisconsin Department of Justice, said via email that any health professional can administer a sexual assault kit, but they must upload the kit into the Wisconsin Kit Tracking System, which requires a log-in.

"Additionally, while evidence does not need to be collected by a trained SANE to be admissible in court, one could imagine a scenario where the jury gives less weight to evidence from a non-SANE collected kit," Drummond said. "That said, evidence collection is really one minor piece of what a forensic exam entails — and many patients opt to not have evidence collected. Trained SANEs offer a comprehensive skillset to address all the unique needs of a patient with a complaint of sexual assault or domestic violence."

Meanwhile, Ian Henderson, policy and systems director for the Wisconsin Coalition Against Sexual Assault, said access to forensic exams is a struggle across Wisconsin. He said the consolidation of SANE programs in the Marshfield area could create additional obstacles for victims.

"That's just one extra step, and so it's a place where survivors may just choose to opt out," he said. "It is absolutely a barrier."

Although forensic nurse examiner programs are often located in hospitals, Henderson said they don’t have to be.

He said communities across the state are getting creative by creating community-based forensic nurse examiner programs and others are looking at creating mobile forensic nurse programs.

"There’s a variety of things that can be done, and it doesn’t have to necessarily all be focused on hospitals," Henderson said. "Maybe we need to look at other models, (but) there needs to be support and training for those things."

Former nurses say consolidation may be due to budget cuts

While Marshfield Clinic says the consolidation was based on training opportunities, the former SANE nurses said they were told it was due to "budget cuts."

In fact, WSAW-TV obtained an internal company memo that said Marshfield Clinic Health System lost $25 million in August and had lost $114 million in 2022.

"If we keep going at the current pace, we will be forced to make much tougher decisions," the memo said, according to the TV station.

However, the Marshfield Clinic spokesperson said the consolidation "was not driven by the financial headwinds challenging the entire health care industry."

"We are still offering the SANE service in our health system and are committed to providing dedicated and coordinated care for patients in the program," the spokesperson said. "We do recognize that travel to Weston may be required, but we’re dedicated to working closely with each patient to ensure they have the resources available to them."

Even though she wants "to give the benefit of the doubt to a health care facility," Vazquez said she’s still worried about the impact the move will have on sexual assault survivors.