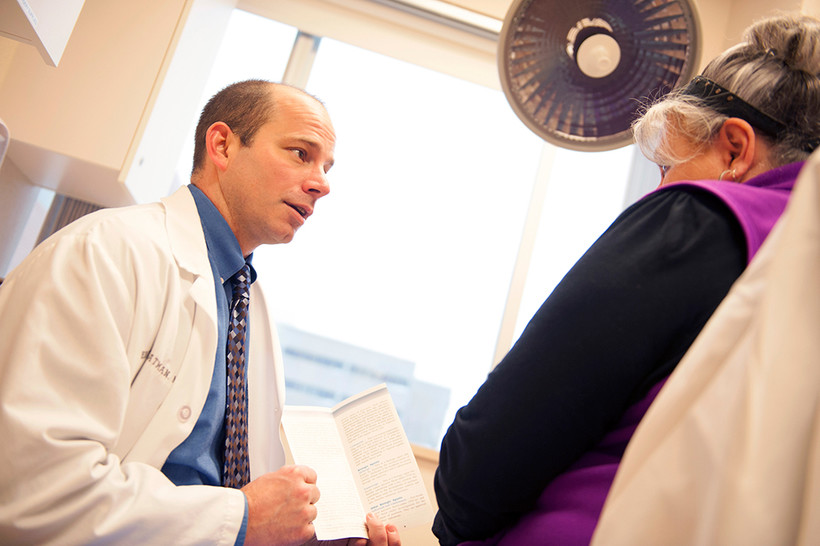 About two million people in Wisconsin and three other Midwestern states could have better access to specialty health care.

Marshfield Clinic operates hospitals and clinics throughout Wisconsin. This month, it announced a potential merger with the Minnesota-based Essentia Health.

Both signed a written agreement on Oct. 12 to explore the logistics of forming an integrated health system.

"There's the basic economic reasons of scale and efficiencies and cost savings," he said. "You can learn from each other. Different systems have different expertise and services. Some may have specialists that the other system had a hard time getting, so now they can coordinate that coverage."

Officials from Essentia and Marshfield Clinic declined to be interviewed. In a press release, the organizations said the merger talks aim to provide better access to primary and specialty care, as well as enhance health outcomes.

The health systems have complementary geographies and capabilities, officials said. If combined, the merged health system would include 3,500 providers, 150 care sites and 25 hospitals. Around 1,600 of those providers would come from Marshfield Clinic, along with 11 hospitals and 60 clinics. Essentia, meanwhile, has 70 clinics and 14 hospitals.

In a statement, Essentia CEO Dr. David Herman said he's admired Marshfield Clinic for over three decades and appreciates the level of care the system provides.

He said Marshfield Clinic and Essentia share common values and both have a mission-driven approach to health care.

"I am truly excited to work together for the benefit of our patients and our colleagues," Herman said. "Through a new partnership, we can support the care models, services, research and technologies to ensure sustainable and thriving rural health care."

"This is an exciting opportunity for both our organizations and those we serve," she said. "These are two of the premier health systems in the country, looking to come together to serve rural communities and beyond."

While the Marshfield Clinic and Essentia merger discussion is the most recent hospital merger dialogue in Wisconsin, it likely won't be the last.

The hospital industry has consolidated substantially over the last two decades, and at a more rapid pace since 2010, according to a 2020 study by Harvard Medical School scientists.

The Harvard scientists examined patient outcomes from almost 250 hospital mergers between 2009 and 2013. They found that hospital mergers lead to higher prices for commercially insured patients and the quality of care at consolidated hospitals has either gotten worse or stayed the same.

Potter said that hasn't been the case in Wisconsin, but has been an issue in states on the East Coast.

"There's at least two competing facilities and, in many cases, three, four or five within 30 miles (of each other)," he said. "In Wisconsin, we haven't seen mergers to eliminate competition. In other words, taking two players in two major players in the market and combining them into one. That's not the kind of mergers we've seen in our state."

"We've had some of those around the state over the years, where, quite frankly, their other option might have been closing," he said. "And so I think another way it benefits patients is it creates access in areas that a standalone organization might not be able to provide."