Sean Michael Dargan is a Wisconsin-based guitarist, singer and songwriter. He seamlessly shifts gears between easygoing sing-along songs to more country-influenced tracks, crossing genres from folk, to Celtic (especially when he brings in his “loud” bagpipes), as well as pop and rock. His tall, stylish and cheerful self passed by the WPR studios, performing lots of music and talking with Stephanie Elkins and Sheila Shigley on Simply Folk.

Katie Dahl is an accomplished singer, songwriter, and guitarist. Her music is full of poetic, incisive lyrics made even more evocative by gorgeous melodies, lovely guitar picking, and the depth and power of her alto voice. Katie’s songs bring a wonderful sense of place and time. She brought that with her to the WPR studios, performing with bassist Rich Higdon, and talking with Stephanie Elkins. 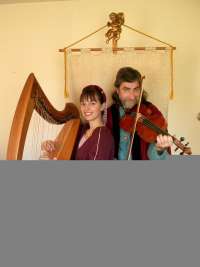 Laura Berlage and Tom Draughon, two great musicians and minds, come together to create music that revives the tradition of historic ballads. Their acoustic music talents work with their musical arrangement and wordsmith talents to pump life back into these early music popular ballads, interpreting the folk tunes through their unique aesthetic lens. In their album, Bardic Memories, Laura Berlage brings in her enchanting voice and deeply researched scholarly work, and Tom Draughon brings in his multi-instrumental playing as well as his producing skills at the Heartistry Music record label. Here they are, performing live and having a conversation... 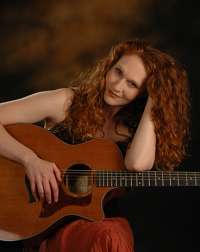 Celia Farran writes and performs songs that may offer a taste of the silly, as well as the sacred. Alongside her music playing, her performances also include storytelling and comedy sketches, gifting her audience with a warm and resonating experience. She joins Stephanie Elkins on Simply Folk, performing music and sharing conversation.

Stephanie Elkins had the opportunity to sit down and chat with Harpeth Rising and listen to some of their work. 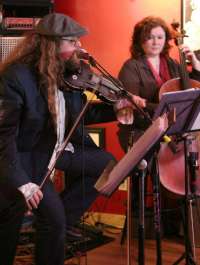 Husband-wife team, Chris Wagoner and Mary Gaines, are multi-instrumental Wisconsin-based musicians that bring lots of love to their musical projects. They perform in several bands, with their main project being The Stellanovas band. Their music is an intersection of folk and vintage jazz, with a mix of the intimate, the swinging and the dynamic. They also take on the interviewer’s seat, interviewing musical artists on their show Mad Toast Live! They passed by the WPR studios, performing lots of music and talking with Stephanie Elkins and Sheila Shigley on Simply Folk. 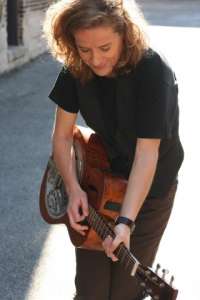 Singer-songwriter Susan Werner has won widespread recognition for her great music exploration in folk, blues, country, jazz, pop, agnostic gospel, and even musical theater. Her latest song albums pay homage to farmers and farming, taken on from her own farm roots, with a great amount of followers deeply connecting and relating to her messages. Here she is with Simply Folk's Stephanie Elkins, sharing some music and conversation.

Harmonious Wail encompasses an impressive range of genres, blending continental jazz, swing, gypsy, folk, and bluegrass. Members of the band, Sims and Maggie Delaney-Potthoff, stopped by the WPR studios to perform their smoldering vocals with jazzy mandolin and guitar duo, and shared some conversation with Stephanie Elkins and Sheila Shigley on Simply Folk. 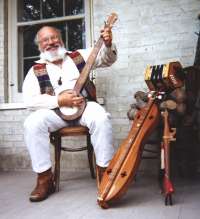 David HB Drake is an award-winning performer and multi-instrumentalist. Drake has been called "a gentle troubadour" and "elemental folksinger". His music is inspired by his voyages across Midwestern prairies and the waters of the Great Lakes. He passed by the WPR studios, bringing along with him a whole passel of instruments to perform with, and also sharing some conversation with Stephanie Elkins and Sheila Shigley on Simply Folk. 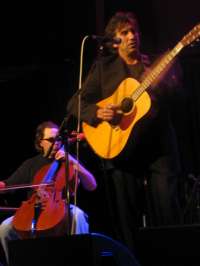 In their band subvocal, guitarist Mark Adkins and cellist Steve Pingry perform songs full of ambient, layered instrumentation. They take folk music to a new level, using heavily effected acoustic guitar and cello, creating a rich sound that takes the listener to an imaginary space. Their music was once termed as “ambient psychedelic folk noir”, and the duo takes on that unique and newly coined genre with pride. Here they are, performing live and having a conversation with Stephanie Elkins Elkins and Sheila Shigley at Simply Folk. 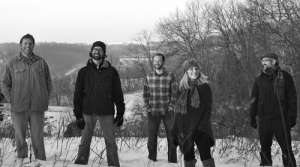 The Whiskey Farm , an Americana band based in Madison, stopped by WPR to perform and talk with Stephanie Elkins.
Peter Mulvey 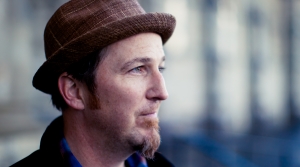 Peter Mulvey is an American folk singer-songwriter based in Milwaukee, Wisconsin
John McCutcheon 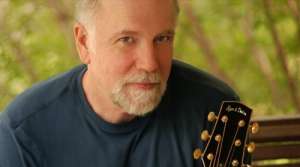 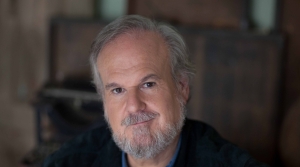 Author and musician Scott Alarik joins Stephanie Elkins for music and a discussion about his novel based on the culture of folk music, "Revival."
Jenn & Basho 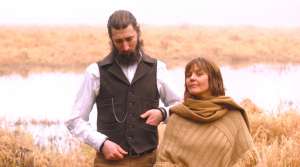 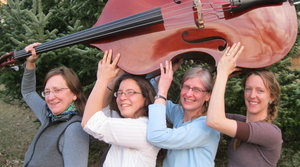 Named for a river in Bulgaria, Maritza is a band with the tagline ““Balkan Boogie, Romany Romp & Klezmer Kut-ups ™”. Their music is shaped by their love of Eastern European music and folk dance, with a repertoire that includes evocatively beautiful melodies forged in the...
Gary Louris 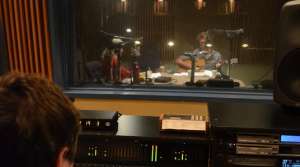 Gary Louris, frontman of the Jayhawks, stopped by Wisconsin Public Radio to chat with Stephanie Elkins and play some of his work on and off his new solo album.
Point Five 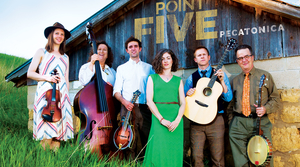 Based in the rural and historic lead mining town of Mineral Point Wisconsin, Point Five plays genuine acoustic music with an emphasis on Americana, folk, old-time, bluegrass and alternative country, often blending these genres with unique arrangements. . They stopped by the WPR studios to share...
Patchouli 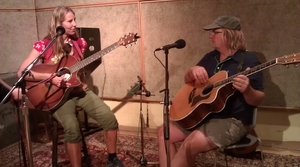 The duo Patchouli joined Stephanie Elkins for some conversation and high energy folk music with world influences. The group consist of songwriter Julie Patchouli and guitarist Bruce Hecksel. They've just released their CD "Anything is Possible."
The Pines 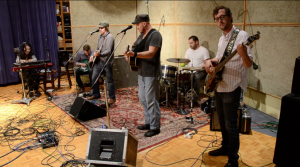 Stephanie Elkins is joined in Buck Studio for a live performance from The Pines . Benson Ramsey, David Huckfelt, Michael Rossetto, J.T. Bates, James Buckley and Alex Ramsey make up the indie Americana group. They talk about their origins, their musical influences and their recent tour.
Robbie Fulks 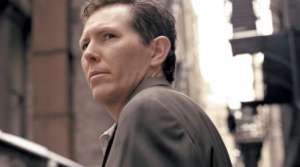 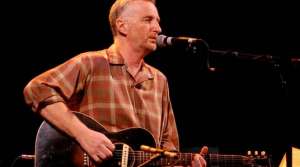 Stephanie Elkins had an opportunity to interview British songwriter, performer and activist Billy Bragg before his performance at the Barrymore Theater on July 10th, 2012 in Madison. Elkins and Bragg discussed the music of Woody Guthrie , and the impact Guthrie has had on Bragg.
Cory Chisel and Adriel Denae 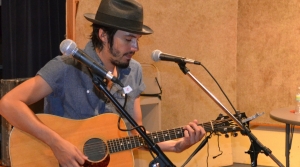 Wisconsin's own Cory Chisel and his longtime keyboard player and singing partner Adriel Denae recently stopped by WPR's Buck studio to talk with Stephanie Elkins and play some of the songs from his new CD: "Old Believers."
Bill Malone
Bill Malone is a musician and prominent historian of American country music. A renowned scholar, Bill Malone is the author of the first and most complete history of the traditional American music genre, Country Music, U.S.A ., as well as the author of a recent biography on Mike Seeger, Music from...
Tom Kastle 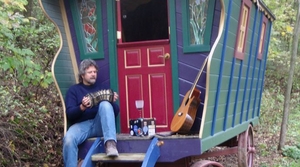 Tom Kastle is a singer-songwriter and a teller of tales who has performed throughout the US, Canada, Europe and New Zealand. He has one foot in the modern singer-songwriter world and the other planted in the traditional maritime realm where he is a shanty and ballad singer and a tall ship captain...
Katie Powderly 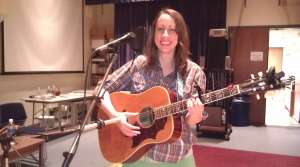 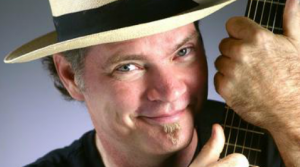 Stephanie interviews folk musician Ken Lonnquist who talks about his career and latest projects. He's written hundreds of songs and released over a dozen albums. Lonnquist and musicians Dave Adler, Jon Vriesacker and Jon Penner perform several of his songs in our studio. His most recent CD is...
Amy Ray 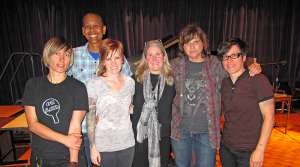 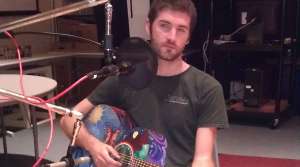 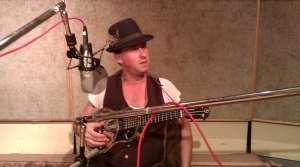