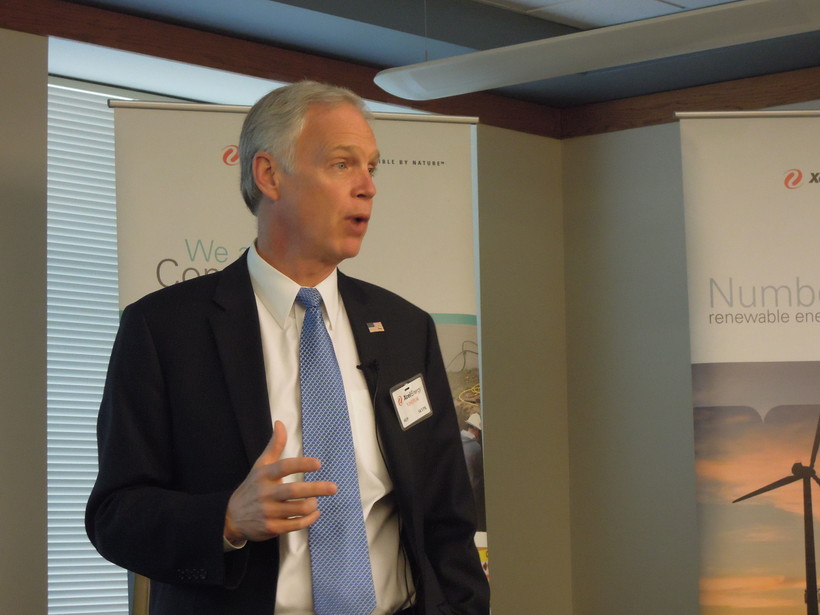 Senator Ron Johnson (R-Wisc) says he is against universal background checks on gun purchases; he says they wouldn't prevent tragedies like last year's Aurora theater shooting, or the massacre at Sandy Hook.

With a ban on assault style weapons now effectively off the table in Congress, President Obama has been urging the public to support a nationwide universal background check on all gun purchases, even private sales between individuals. But U.S. Senator Ron Johnson says he is not on board.

"I wish you could wave a magic wand and prevent all these tragedies from happening in the future. I just don't think you can. I think universal background checks, I don't think you're going to be able to conduct that."

"I think it's probably more likely to create a speed bump for law abiding citizens. I just don't think that you're going to be able to keep guns out of the hands of evil people."

In fact, Johnson contends that places with very strict gun laws, like Chicago and Washington D.C., have some of the highest rates of gun violence.

A poll conducted in March by Wisconsin Public Radio and St. Norbert College shows that 89 percent of those surveyed in the state also supported background checks.