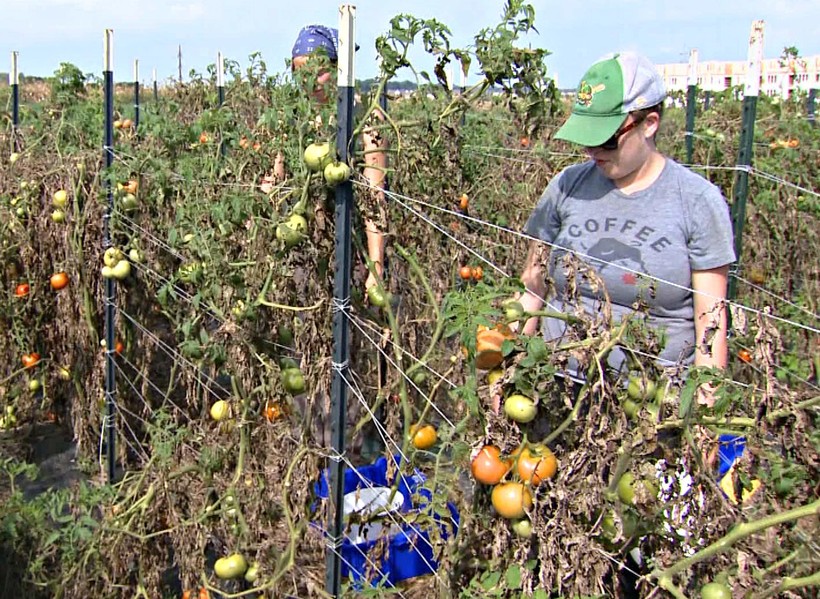 The Seed to Kitchen Collaborative brings together plant breeders, farmers and chefs to assess different varieties of fruits and vegetables.

While local food can be viewed as both an eternal and contemporary concept, a basic way of life present throughout humanity's history and a fashionable type of grocery purchase, the science behind what it is and means is still taking shape. The very definition of "local" with respect to food isn't universal, nor are the primary types of foods grown for sale in markets geared towards the desires of locally-oriented consumers.

Julie Dawson, an urban agricultural specialist with the University of Wisconsin-Extension and an assistant professor in the UW-Madison's Department of Horticulture, is working to expand the understanding of local food and how people consume it. Since she arrived in Wisconsin in 2013, Dawson has focused on farms and growers that sell their products in urban areas and through direct exchanges. This means she gets to explore local foods in a broad range of settings, including farmers' markets, community gardens, community-supported agriculture exchanges, grocery stores that market local goods and restaurants that serve dishes made with locally sourced ingredients.

One specific element of Dawson's research focuses on identifying new varieties of fruits and vegetables that are particularly suited to local settings. She places an emphasis on characteristics like flavor, which drive smaller-scale purchase decisions.

A July 1 report on Wisconsin Public Television's "Here And Now" introduced her work researching varieties of produce that could be suitable for local food markets.

"Local food systems and farms that are growing for the local market can manage for the best flavor, choose the varieties that have the best flavor, and get it to your table within hours or a few days so that flavor is still there," Dawson said.

"If you're getting vegetables from a local farmer, often those have the best flavor, and so you want to eat more, and that in itself will improve people's health," Dawson said on "Here and Now."

This niche of agricultural production is called peri-urban, in which the food’s consumers are based in a specific populated area. Peri-urban areas are transitional zones where rural and urban land uses and development characteristics mix — characteristics one often finds at the edges of growing metropolitan areas. In agricultural terms, that means farms "that are primarily marketing to urban areas," as Dawson explained in the Sept. 15, 2014 edition of the UW Ag Podcast.

Dawson is the first researcher at UW to focus on how peri-urban agriculture fits into local food systems and direct-to-market economies.

"For some of the larger growing regions that ship across the country, the primary traits are yield, shelf life, shipping, things that are going to get the vegetable from the field to somebody's table, when that's 4,000 miles apart," she said on "Here And Now."

But the local food consumer particularly values flavor and texture. Dawson's lab focuses on these traits through its Seed to Kitchen Collaborative. The project brings together plant breeders, farmers and chefs to assess different varieties of plants and vegetables with an eye (or more appropriately, a set of taste buds) for determining which could tempt purchasers of local food.

"Flavor is a very complex trait and it's obviously subjective because it's something that every person experiences a little differently," Dawson said.

These tests also tracked feedback from farmers growing some of the varieties, who shared their perspective on flavor, flaws and marketability. Summer growing crews also participated in flavor tests, in which the tasters offered their personal rankings on multiple characteristics, including sweetness, saltiness, acidity, bitterness and umami, along with texture and color. To complete the trial, several chefs tasted the tomato varieties, describing their perceived strengths and flaws, and suggested how they might serve it and whether or not they would purchase the variety for themselves or their restaurants.

Chefs participating in the taste-testing are from some of Madison's highest-profile restaurant kitchens. Their input is particularly valued, the Wisconsin State Journal reported, due to their palates and accompanying ability to discern seemingly minor differences between produce varieties.

"The goal of this project is really to experiment with interesting vegetables that can be grown for all of the different local food markets in Wisconsin," Dawson said.

The Seed to Kitchen Collaborative has tested multiple types of produce, including carrots, peppers, melons and squash, among others.

Seed To Kitchen Collaborative Seeks More Flavors For Local Produce was originally published on WisContext, which produced the article in a partnership between Wisconsin Public Radio, Wisconsin Public Television and Cooperative Extension.