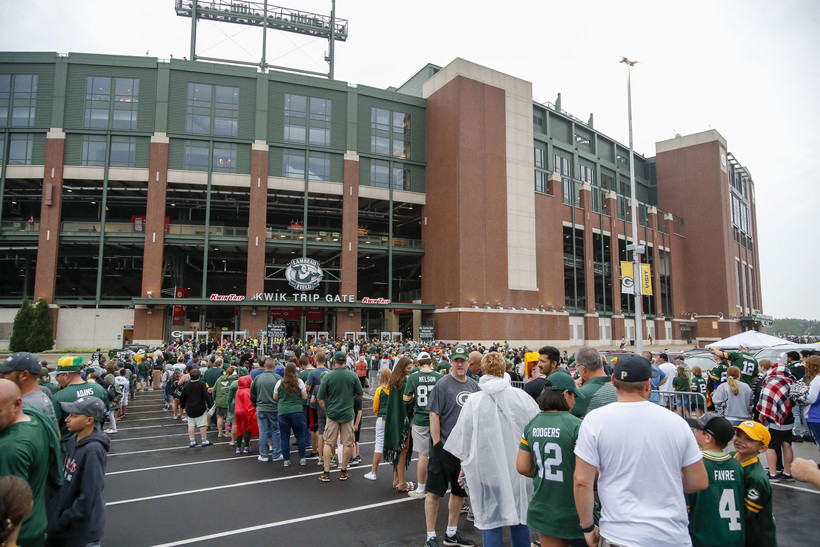 Fans line up to make their way into Lambeau Field prior to the start of NFL football training camp on Aug. 7, 2021, in Green Bay, Wis. Seciton Yellow, a group supporting sober Packer fans, sets up a table near the Kwik Trip gate inside the stadium. AP Photo/Matt Ludtke

Group urges supporters to take it 'one game at a time' in state known for excessive drinking
By Jonah Beleckis
Share:

Back around 2009 — about three or four months into sobriety — he wanted to attend a Phish reunion show. But he knew the jam band scene was filled with drugs and alcohol. This weighed on him. How could he keep having fun while staying sober?

Then Plageman found his way to The Phellowship, a group of sober Phish fans. He started volunteering with the group a few years later. Fast forward to a Phish show at Alpine Valley in East Troy in 2019 and it clicked — how could he get something similar at Lambeau Field for Green Bay Packers?

"It's such a simple idea," he said recently on Wisconsin Public Radio’s "Central Time." "But it has such a strong impact and such big support, because there are a ton of Packer fans that are sober that will not go to the games because of the drinking culture."

Section Yellow now has more than 1,200 members in its Facebook group. Volunteers set up at a table near sections 110 and 112 in the stadium concourse. They give away stickers that say "one game at a time," a nod to the phrase common in recovery, "one day at a time." 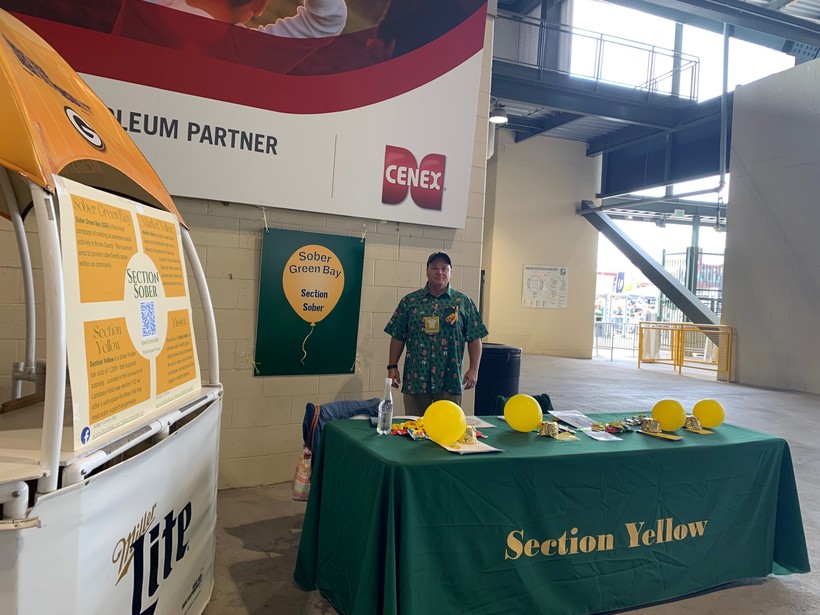 The group first attended games in 2020, but Tom Doughman, assistant director of counseling and psychological services at St. Norbert College, said it had to pay for two tickets each game.

During the 2021 season, the Packers recognized the group as a charitable organization that could get two passes for each game, instead.

READ MORE: One woman reflects on costs of alcoholism as Wisconsin loses more and more lives

Doughman said the group has a strong contingent of people who are sober or supporting another person who is.

"It’s good to have an oasis in a place where you are surrounded by folks that are having a good time — and sometimes having way too much of a good time," Doughman said on "Central Time." "Just to know that somebody else has your back, and they acknowledge you’re doing something that may not be in the norm, but it is supported." 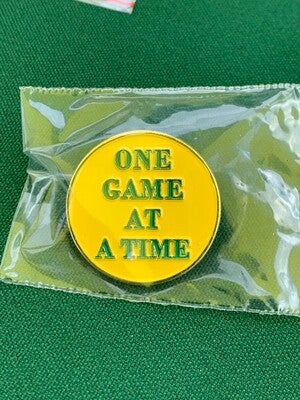 The Section Yellow table at Lambeau Field gives out pins such as this with a motto similar to one in recovery, "one day at a time." Photo courtesy of Tom Doughman

In Wisconsin, cities usually fill national lists of the "drunkest" in the country. In January, the Wisconsin Policy Forum reported that 2020 saw the largest year-to-year increase in alcohol-induced deaths in more than 20 years. A 2019 report found the state to have a higher binge-drinking rate than the U.S. overall. That same report showed Brown County, where Green Bay is located, to have an even higher binge-drinking rate than the state average.

"It’s kind of a unique situation where you can be in the midst of this culture where it’s really normalized to have one or five drinks in an evening," said Doughman, who has been sober for 40 years as of last month.

Normally, Plageman said, about 20 or so people come by per game. But during the Packers’ recent overtime win against the New England Patriots, he said more than 60 people stopped at the table.

"This is starting to be a rolling stone and gathering some moss," he said. 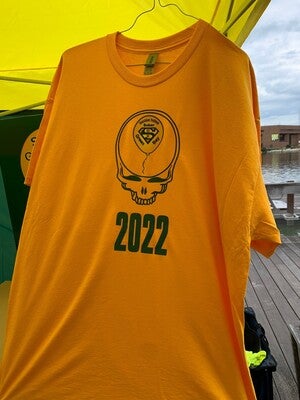 A T-shirt with a nod to the Grateful Dead worn by volunteers sometimes for Section Yellow, a support group for sober fans of the Green Bay Packers. Photo courtesy of Tom Doughman

Doughman said the Section Yellow table is near the kiosk that used to have people handing out free water or coffee as part of a designated driver program. For the fall 2021 football season, the program shifted to a digital rewards system through a QR code.

Doughman said Section Yellow offered to take over the program and give out water, but the Packers respectfully declined. Aaron Popkey, director of public affairs for the Packers, said the team is pleased to have Section Yellow providing support for fans who need it.

Ultimately, Section Yellow is about community. Sometimes sobriety in Wisconsin can feel like being by yourself on an island. As Plageman said: "Just know you’re not alone."

"It’s almost like a spiritual connection," he said. "We can still listen to music. We can still go to the Packer games and cheer just as loud."

Why there's a 'sober section' at Lambeau Field 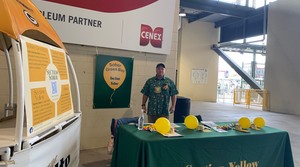 We learn about a section of sober support at Lambeau Field, and how it's been going this season.