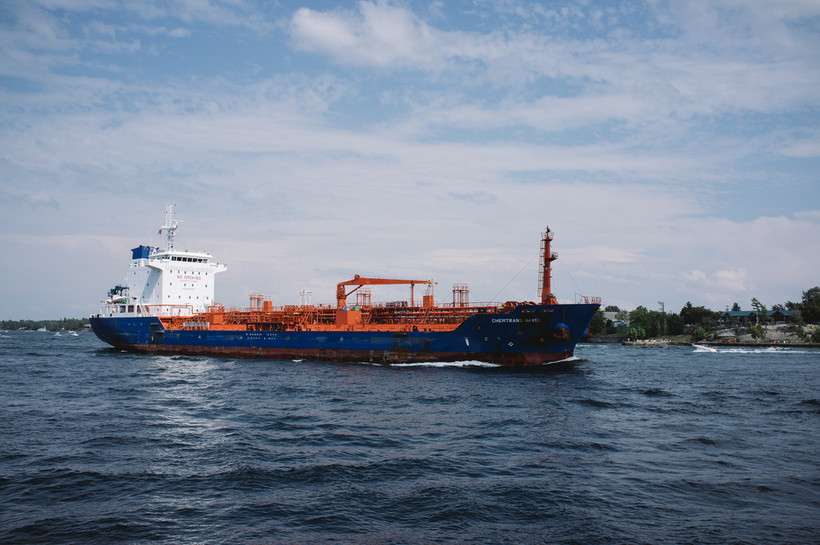 2012 was a solid season for foreign-flagged vessels on the St. Lawrence Seaway. Figures by the Seaway Corporation show cargo was up 4 percent.

Ship pilot Dennis Aho of Superior has been working on the Great Lakes since 1963. His job is to guide international ships through the Seaway to Lakes Superior, Michigan and Huron. He says the boost in 2012 is good news. "Oh, it sure is. The only thing that really deters us is the water levels in the St. Mary's River, since we haven't had much snow or rain the last few years, there's been a lot of delays and a lack of tonnage."

39 million tons of grain, iron ore, coal, and general cargo made its way up and down the Seaway last year. U.S. St. Lawrence Seaway Deputy Director Craig Middlebrook says the busiest month was December when grain made a late season surge. Although that was down slightly overall, iron ore and coal were up more than 10 percent, over 2011. "That's a reflection of the improving international market, because a lot of that increase can be attributed to export commodities - particularly coal and iron ore - and then just the rebound domestically of the manufacturing industries in the United States and Canada: particularly automobile, but also energy."

Middlebrook says wind energy components were up 31 percent. He says all of that bodes well for the upcoming season.

Great Lakes Pilot Dennis Aho hopes he's right. "I haven't talked to anyone about predictions and usually they're not too accurate anyway. The government always foresees this and that, and there's always some snag."

The Seaway will re-open in April.