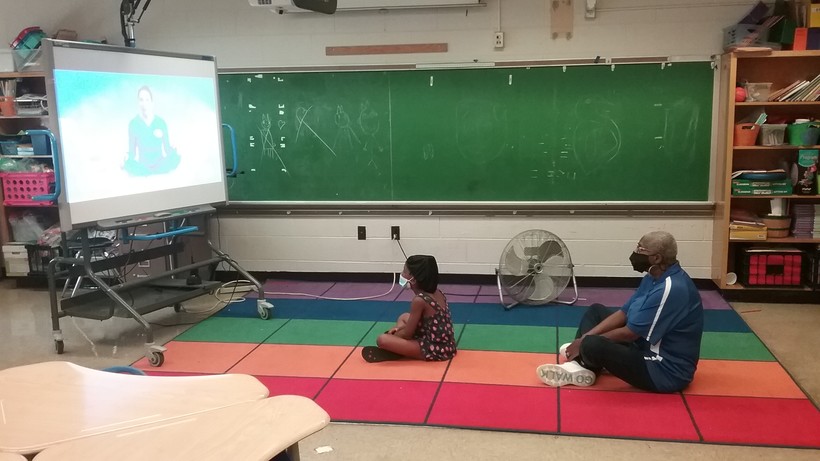 Child care has been a struggle for Wisconsin families since March, when many day cares and schools closed their doors — some temporarily, and some permanently.

When many of Wisconsin's school districts opted for all-virtual or a combination of hybrid virtual and in-person learning this fall, working families again found themselves scrambling to find someone to supervise their children's virtual lessons during the day.

Kayla Ramon and her husband, both essential health care workers, found spots for their two kids at the Madison School and Community Recreation (MSCR) Cares program at Schenk Elementary. The Madison Metropolitan School District, like other districts that opted for virtual learning this fall, worked with its recreation department to expand the usual before- and after-school care programs into the school day to accommodate kids who don't have the supervision or resources to do their virtual schoolwork from home.

When MSCR Cares announced last week it was shutting down day cares for two weeks after Thanksgiving as a COVID-19 precaution, the Ramon family was left scrambling.

"We've been relying on family resources, parents, friends, cousins — I mean, essentially whoever would have time," said Ramon.

Ramon's two children, a kindergartner and third grader, had already been out of the day care program for the two weeks before that, since the children were ordered to quarantine after being "close contacts" with someone who had tested positive. Ramon said she and her husband had already been calling in favors, her coming in late to work and him leaving early, and otherwise putting together a patchwork of supervision to cover the children's quarantine period, which made the two-week closure hit even harder.

At the same time, other problems have cropped up — her husband's car was totaled where it was parked on the street, and a cousin who had been scheduled to help the kids with their schooling didn't feel well. She said she's hoping they can piece together help until Dec. 14, when MSCR Cares is scheduled to bring kids back.

"I'm hoping that MSCR opens," she said. "I mean, I'm banking on that, because I don't know what else we're going to do — I guess just taking it day by day."

Madison School and Community Recreation has 17 locations for its MSCR Cares virtual-learning day care. Although it's seen some locations temporarily close because of positive COVID-19 cases and limited staffing — much like in-person districts have seen individual schools close — this is its first program-wide shutdown. 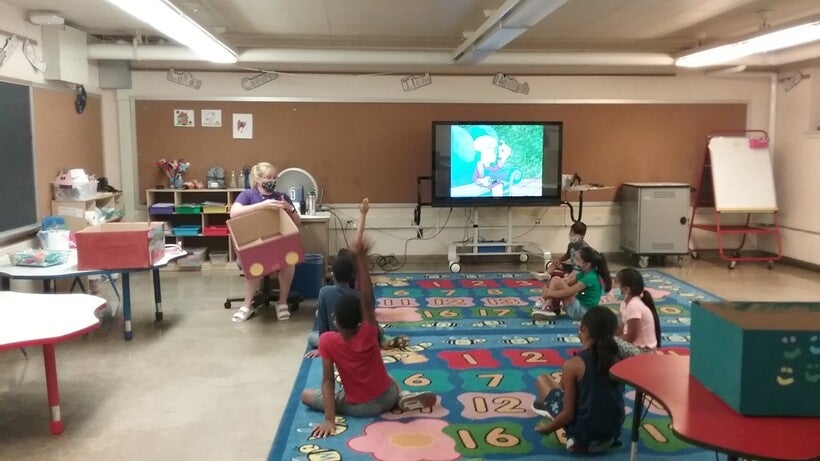 Students participate in a project on cars at the MKE Rec summer program at Anna F Doerfler Elementary School in Milwaukee. Photo courtesy of Milwaukee Recreation

The Madison Metropolitan School District was one of several all-virtual districts to take child care into account when it opted not to reopen schools for in-person learning. In Milwaukee, the Milwaukee Public Schools recreation department similarly set up daytime care.

Leighton Cooper, coordinator of before- and after-school programs at Milwaukee Recreation, said enrollment has been substantially lower at the school-day care programs than enrollment at a typical year's before- and after-school programs, though he said that's a reflection of both more limited programming as some camps of past years aren't as adaptable to COVID-19 restrictions, and of families who have the option to keep their kids home doing so to minimize their outside contacts.

Milwaukee Recreation serves about 800 kids a day at its 50 open sites, compared to the thousands of kids at more than 100 sites in a typical year.

"Some families don't necessarily find themselves very comfortable yet sending students out, and that's to be understood," he said. "We are providing this service as an opportunity for families who need it most, and for those children and families that don't necessarily have access to technology, to successfully tap into and participate in their school's virtual learning platform."

Cooper said there have been some instances of individual day care classrooms, and sometimes whole sites, temporarily closing because of COVID-19 exposures, or a lack of staff as program aides come into contact with COVID-19 and are out sick or quarantining.

"We try to inform families as much as possible, with far in advance notification, so they can make decisions on alternate care," he said.

However, he noted, sometimes they, too, have to scramble when test results come in on a weekend or without as much time to give families a buffer.

Cooper said one of his biggest concerns, after ensuring Milwaukee Recreation is able to serve the families that have enrolled their kids in daytime care, is making sure the program reaches all the Milwaukee families who need it.

"We have 800 students coming, but we know we have thousands of students who are not, so taking these steps to reach out to the families and the community, and say, 'Hey, these program doors are open,'" he said.

The Stevens Point Area School District announced in late October it was planning to close for three weeks between Thanksgiving and winter break, said school district spokesperson Sarah O'Donnell. The district had been bringing students into school buildings some days and kept them at home on others as part of a hybrid learning model before deciding to go all-virtual to help shift around staff and readjust the workload to provide some relief to teachers who had been handling both virtual and in-person instruction.

O'Donnell said the district tagged in the Boys and Girls Club of Portage County and the Stevens Point Area YMCA, offering some of the school spaces and educational assistant staff to use for daytime care, and working on ways to connect families to existing programs at those organizations.

"Schools being in a virtual setting is really, really difficult for many of our families and parents," she said. "We know that we have families who are essential workers, who might be in retail and this is a very important time for them to be working, who may be at home but still may be struggling to do their jobs and aid in instruction during the day."

O'Donnell said she's heard that about 180 families are using those programs during the building closure.

Programs like those in Milwaukee, Madison and Stevens Point are meant to fill in the child care piece of the school puzzle, not to stand in for the full school experience.

Kayla Ramon, the Madison-area health care worker, said her two kids are in Schenk Elementary's bilingual program, though she said MSCR Cares workers at Schenk don't have the language expertise to support their Spanish learning in the same way a teacher would.

Although she worries about what the year outside an immersive classroom will mean for their long-term language abilities, the closure of the family's most reliable child care option is a more immediate problem, and one Ramon said she wishes MSCR had communicated better, and been able to lay out a backup plan for parents in the event of closure — which, she said, they should have known would be a possibility.

"It's more of a, 'Hey, we're closing,' pretty much, 'Good luck, we're all in this together, keep your community safe,'" she said. "And it's like, I'm trying, we're doing our best at that, but we also can't leave our kids home alone, either."