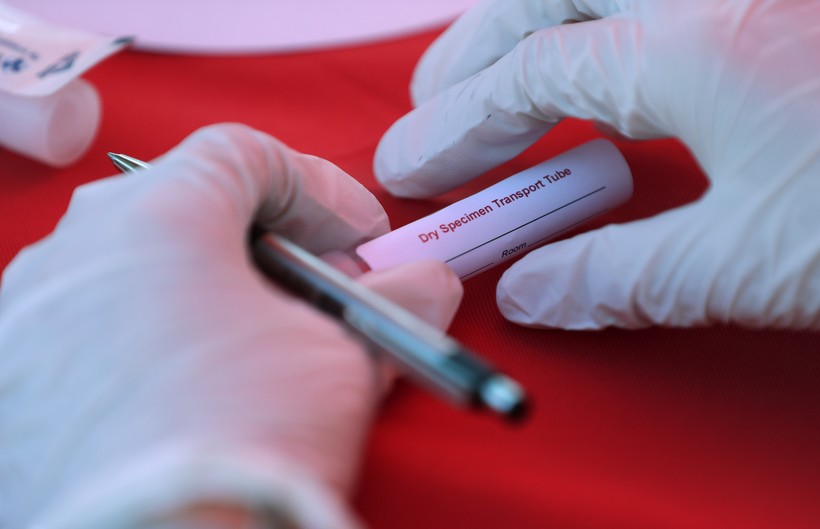 County Among Those With Highest Rate Of New Cases In Recent Weeks
By Danielle Kaeding
Share:

Sawyer County has confirmed more cases of COVID-19 in August than it had previously seen since the start of the pandemic.

Through Aug. 1, the northern Wisconsin county of roughly 16,000 people had confirmed 65 cases of the virus since the pandemic began in March. Since then, cases have more than doubled: As of Monday afternoon, a total of 144 people have tested positive for the virus.

The county is among those with the highest rate of new cases in the last two weeks, and health officials are asking the public for help to prevent further spread of the virus.

"You put your guard down when they're friends, people you know and trust," said Lyons. "Even if you are trying to practice social distancing, most times in that close range, I think we lose track of just how long we talk with somebody and how close we are."

When asked whether tourism played a role, Lyons said the cases were a result of community spread. She noted health workers have had difficulty with contact tracing because people have been unwilling to share information about their contacts, fearing people will be upset or forced to quarantine.

County, tribal, school and hospital officials said in a letter to residents that the surge in cases has reached the point where health officials can't control the spread of the virus and experts recommend stay-at-home orders. However, they pointed to challenges with local health orders, given the state Supreme Court's decision to strike down the Evers administration's statewide "Safer at Home" order earlier this year.

Lyons added health orders can be difficult to enforce, highlighting opposition to the state's mask mandate.

"We felt that as a community coming together and asking people to be smarter about their choices and understand the impacts of that would have much more meaning to people than me writing an order and telling people what to do," said Lyons.

Several counties and communities issued their own stay-at-home orders following the Supreme Court's ruling in May, but many rescinded them over legal concerns. A federal judge dismissed a lawsuit last month that challenged local restrictions brought by business owners and others, saying their complaint was too broad.

Marinette and Iron counties are among those who have seen the highest rate of new cases in recent weeks. Health data shows Marinette County, which is home to roughly 40,000 people, has seen half of the county's total 565 cases in August. The county's health officer did not immediately return requests for comment Monday.

In Iron County, 110 people have tested positive for coronavirus in the county of roughly 5,600 residents, which had fewer than 10 cases until July. Zona Wick, a nurse and county health spokesperson, said cases were going down until recently, when they rose again due to people gathering at large events in the Mercer area, including a wedding. She noted all recent cases have been among residents.

"Our cases in August right now, I think, are more related to people feeling that it's their right to keep their businesses open ... so I think part of it is a feeling that people have choices and people have rights," said Wick.

She said public health officials notify people when businesses have been exposed, and they work with owners to reduce risks to the public that include providing a toolkit for cleaning or sanitation.

County officials have not implemented a stay-at-home order at this time. Wick said data on recent cases will be shared with the county's board of health committee on Aug. 31, adding that any policy decisions would be up to them.