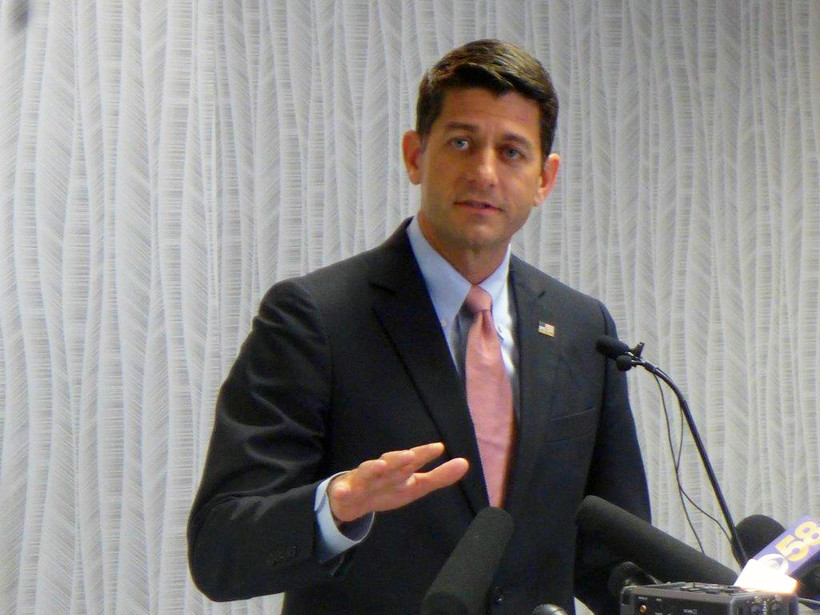 Ryan was asked at a news conference about Putin's comments made during a meeting with Trump on Friday on the sidelines of an international summit in Germany.

Ryan says, "I would expect Vladimir Putin to deny what clearly he has done over the years, not just with the U.S. election but other elections throughout Europe. It comes as no surprise to me Vladimir Putin would deny what we know they did."

Ryan repeated that he doesn't believe Russian interference in the presidential election affected its outcome but "nevertheless they tried."

Ryan made the comments at an event in Madison Friday. Asked about health care, Ryan said there's a lot of confusion over the House Republican plan to overhaul Obamacare.

He disputed a nonpartisan analysis by the Congressional Budget Office on how many Americans would no longer have health coverage under the plan; he said many consumers just don't want to buy it.

As for polls showing support for Obamacare, Ryan said both the existing law and the replacement plan include subsidies to help pay for coverage.

"I think what polls reflect are people have that aspiration we all share; we just have a big disagreement about how to get there," Ryan said.

Some Republicans have faced contentious town hall meetings because of opposition to their health plan and Ryan defended his decision to restrict the media from his constituent forums.

"I find when you guys are there, people kind of clam up; they get a little nervous. But when we do business town halls without media, its very interactive. So I’m finding lots of different ways of having a good civil dialogue with constituents," Ryan told reporters.

He said his method of plant tours, office hours and telephone town halls is more productive.

"I don’t want to have a situation where you just have a screaming fest, a shouting fest, where people are being bussed in from out of the district to get on TV because they’re yelling at somebody," he said. "That does nobody any good."

During town halls, Ryan says it's evident some are confused what’s in the Republican health plan.

"They think that employer-sponsored health care is being redesigned in this bill. It’s not. So I think there’s a lot of confusion about what is-and what isn’t-Obamacare," Ryan said.

However, the Congressional Budget Office estimates that 4 million Americans who get insurance through their job would lose it next year because the Senate’s Obamacare replacement eliminates the mandate that certain employers cover their workers.

Despite the hang up on health care, Ryan said he’s pleased with where Republicans are in their agenda overall. He said tax reform will go ahead, even if the health plan does not pass the senate.