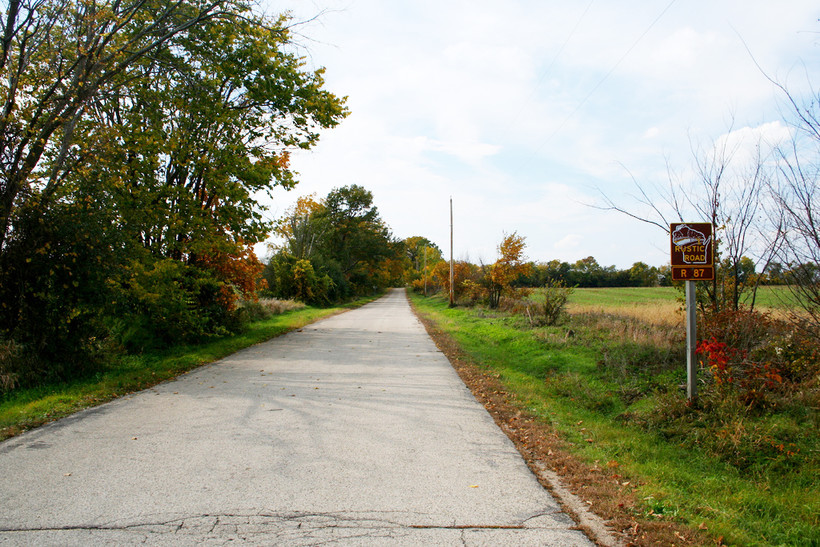 By design, the speed limit on Wisconsin's 120 Rustic Roads is 45 mph or less.

"You really have to intentionally slow down from the fast pace of freeways," said Gary Knowles, president of the Midwest Travel Writers Association.

Offering a sublime view of the state's transition into fall, the Rustic Roads were intentionally created by the state Legislature in 1973 to protect wildlife and natural areas from some of the states suburban and commercial growth.

"They're meant to preserve Wisconsin as people knew it back in the days before it was really developed," he said.

Varying in length from about two miles to 37 miles, Wisconsin's Rustic Roads are the prime place to view the state's changing colors, and Knowles listed a few of his favorites:

A route that follows part of the Flambeau Trail, Rustic Road 100 has a lot of the natural vegetation and wildlife common to that part of the state.

Beginning near Mercer, the route heads north to the Wisconsin-Michigan border and follows highways H and G, passing bodies of water including Clear Lake and Owl Lake along the way.

"It really has that flavor of the north woods that you want to have when you get up there," Knowles said.

In Door County, this is one of the longest rustic roads in the state at 27 miles long. This one in particular is on Washington Island and requires a ferry to get there.

"It kind of encircles the whole island and really gives you a great flavor of what it's like to be out on an island out in the Great Lakes," he said.

For those in western Wisconsin, Knowles recommends heading to the route in Polk County, which runs along the St. Croix River.

Starting at Somerset Landing in the St. Croix National Scenic Riverway, the 2.8-mile route features views of bluffs as well as prairies and farms.

In Adams County in southeast Wisconsin, Rustic Road No. 50 is 4.6 miles of unpaved road that's flatter than what's seen elsewhere in the state.

Knowles said the road, which locals call Cottonville Avenue, was probably laid out in the 1800s.

"The views along the road are neat, there's native lowland and upland trees, a lot of shrubbery and marshes," he said, noting that it's a favorite site to spot wild birds and deer.

Snake Road in the Lake Geneva area is a loop that runs off of Highway 59 and is 2.7 miles long.

"My suggestion is first drive it in one direction and then turn around and drive it back the other way," he said.

In the west, Knowles also recommended the Great River Road, which follows the Mississippi River.

Starting from south of Prairie du Chien and traveling through La Crosse and up to St. Paul, Minn., Knowles said it's an especially picturesque drive now because some trees along the route seem to turn colors later than is typical.

"It's kind of the way the leaves have been turning for years is that that area tends to be a little bit late," he said.

"You can take the roads that go through the hill country over there," he said. "You get these big vistas of agricultural views and then occasionally it'll duck through a wood lot."

The roads are all listed on the state Department of Transportation's website by county and by region, as well as in a recently-published 98-page book that's available for free by calling the DOT at 1-800-432-8747.

Knowles said the photos featured in the book are the result of a photo contest held by the department in the past year or two.

"Almost all of the photos in the book were taken by people who've been out there enjoying the rustic roads, and there are some beautiful stuff — everything from butterflies to ponds to lighthouses."

Rustic Road designations are determined by a Rustic Road board and through the local transportation authorities in the municipality where the road is located, Knowles said. Generally, people who live along the road will sign a petition to start the process.