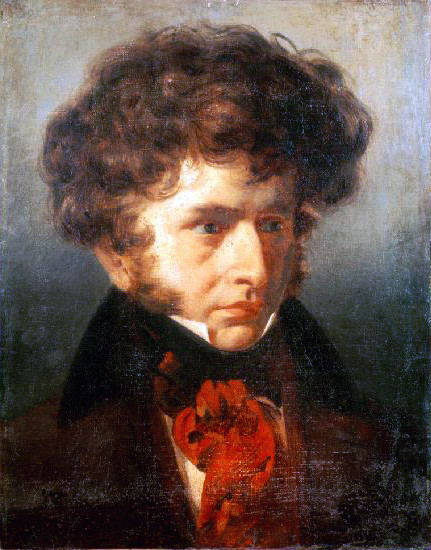 As a student at the Paris Conservatory, Hector Berlioz had experienced at least one run-in with its feisty director, Luigi Cherubini. In his autobiography, Berlioz tells of a second encounter.

He had applied for a professorship of harmony at the Conservatory and received word that Cherubini wanted to see him.

Cherubini explained that Berlioz would surely get the position, but that he had someone else in mind for it.

Berlioz offered to withdraw his application.

“No, no, that is not good,” Cherubini said, “because, you see, people would say that I was the cause of your withdrawing.”

“Then I’ll remain a candidate.”

“But I tell you, you’ll get the position if you do, and I did not intend for you to.”

Berlioz was at a loss. “Then what are we to do?”

Cherubini asked if Berlioz knew that it was necessary to be a pianist to teach at the Conservatory. Not taking himself to be a particularly good player, Berlioz got the hint and offered to withdraw his candidacy on the grounds that he wasn’t a pianist.

“Exactly, my dear fellow,” said Cherubini. “But I am not the cause of your--”

“No, no, certainly not,” Berlioz agreed. “Of course, I have to withdraw. It was stupid of me to forget that only pianists can teach harmony at the Conservatory.”

“Precisely, my dear fellow. Now embrace me. You know how fond I am of you.”

Cherubini embraced Berlioz “with an almost paternal tenderness” and Berlioz went off and wrote his letter of withdrawal. A week later, Cherubini awarded the position to a certain Bienaimé, of whom Berlioz said, “He was no more a pianist than I am.”

It was a neatly executed trick, Berlioz said, and he was the first to get a good laugh out of it, since he was well aware that the director of the Conservatory, the great Cherubini, was himself no pianist.