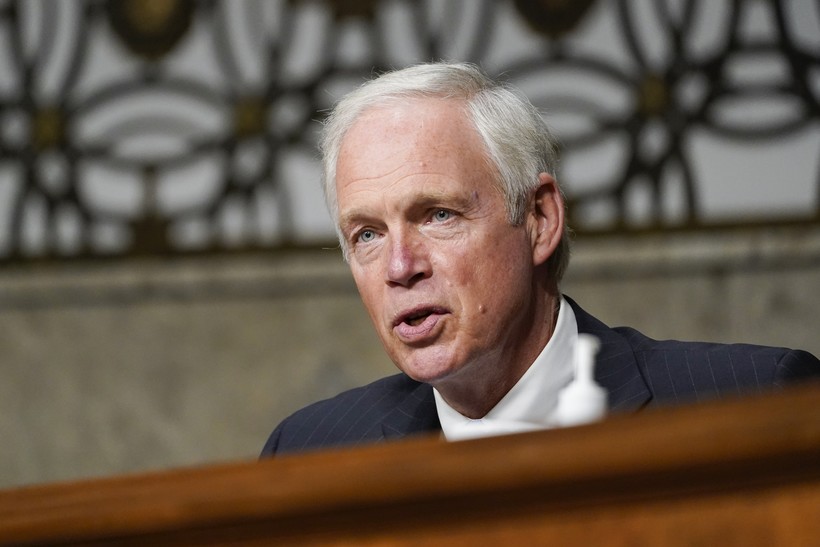 U.S. Sen. Ron Johnson raised nearly $6 million for his reelection campaign this year and has more than twice as much cash on hand than his top Democratic challengers.

Quarterly finance reports filed with the Federal Election Commissions show Johnson raised just more than $5.9 million between Jan. 1 and March 31. The two-term senator spent just more than $4.8 million during that span and had nearly $3.6 million cash on hand at the end of March.

Johnson has been extremely clever throughout his political career in understanding where the base of the Republican Party is, said Anthony Chergosky, an assistant professor of political science at the University of Wisconsin-La Crosse.

"What stands out to me is the evidence of enthusiasm for his reelection bid that this report provides," Chergosky said.

Chergosky notes, though, that Johnson is a polarizing figure in politics. He said while that helps Johnson generate support from the Republican base, it also motivates the Democratic base to support candidates hoping to unseat him.

Several Democratic candidates are competing for a chance to challenge Johnson. The primary is Aug. 9.

Among them is Milwaukee Bucks executive Alex Lasry, who reported just more than $3.9 million in donations to his campaign during the first quarter, including a loan to himself of $3.45 million. Throughout the campaign cycle, Lasry has loaned himself $5.8 million. He had nearly $1 million cash on hand at the end of the first quarter report.

Wisconsin State Treasurer Sarah Godlewski reported just more than $2.1 million in contributions between Jan. 1 and March 31, including a $1.5 million loan to herself. Since the start of her campaign, Godlewski has loaned her campaign nearly $3 million. She had more than $1.6 million cash on hand as of March 31.

Chergosky said the candidates' reliance on personal loans goes a long way in getting their names and platforms to voters.

"Certainly Lasry and Godlewski have impressive sums of money, but they don't really have evidence of strong grassroots support, at least in the donor data," he said.

Lt. Gov. Mandela Barnes raised just more than $1.7 million between the beginning of January and end of March, according to his finance report. Barnes hasn't loaned his campaign any personal money. As of March 31, Barnes reported having more than $1.6 million cash on hand.

"He certainly doesn't have the personal wealth or the access to a lot of personal funds in the way that Lasry and Godlewski have," Chergosky said. "But Mandela Barnes has access to a decent amount of motivated, small-dollar, grassroots donors. And that is really powering his campaign right now."

According to campaign finance reporting, Outagamie County Executive Tom Nelson took in just less than $224,000 during the first quarter and had nearly $550,000 cash on hand.