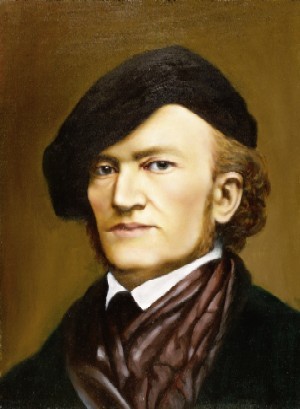 The great philosopher was a champion of the great composer until one of them tried to enter the field of the other.

That’s the way conductor Hans Richter told the young pianist Ernst von Dohnányi about the rift between Richard Wagner and Friedrich Nietzsche. According to Richter, who was a close friend of the Wagner family, the relationship came to grief with bad music and hurt feelings.

Nietzsche had long been an outspoken admirer of Wagner, and was a frequent visitor to the Wagner home. One day he arrived with a manuscript–a composition of his own, a work for piano duet. Richter and Wagner’s wife Cosima obligingly played the work as Wagner sat back in his armchair to listen. As Nietzsche’s work unfolded, Wagner’s face became more and more grim, and eventually he looked just plain tired. Then, according to the story, Wagner’s servant, either reading Wagner’s face or drawing from his own knowledge of music, whispered to Wagner in a Bavarian accent, “Herr Wagner, this doesn’t seem good to me.”

Wagner burst into laughter, and the offended Nietzsche left the house, never to return.

The philosopher’s eventual response to the incident was an essay–The Wagner Case: A Musician’s Problem, published in 1888. “Perhaps nobody was more dangerously connected to or stuck together with Wagnerizing,” Nietzsche began. “Nobody tried harder to resist it, nobody was happier to get rid of it.”

“Wagner’s art is sick,” Nietzsche continued. “The problems he presents on the stage are all problems of hysteria–his overwrought effects, his overexcited sensibility, his taste that required ever stronger spices, his instability which he disguised as principles.”

Wagner was unable to get in the last word because he died in 1883, and the rift between composer and aspiring composer remained unmended.