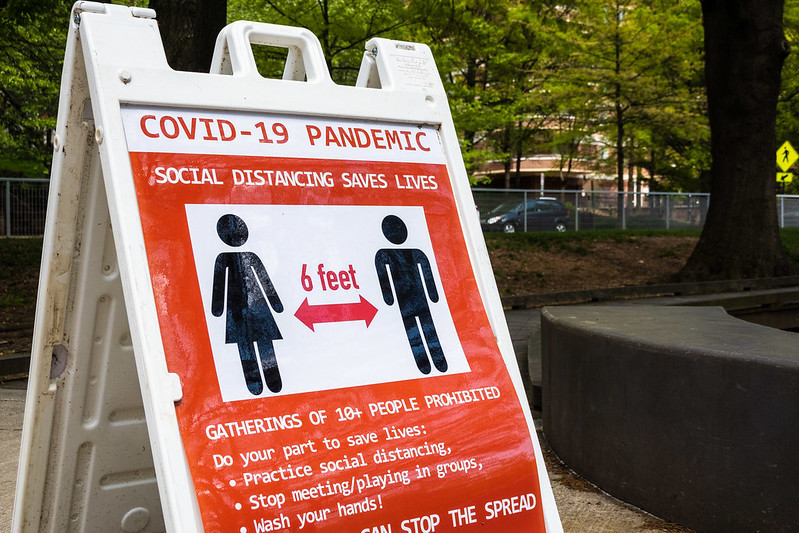 Tim Lawther Is At Least 4th Local Health Official In Wisconsin To Leave The Job Amid COVID-19 Spike
By Rob Mentzer
Share:

The health officer in Sauk County said elected leaders there ignored scientific evidence and pressured him to retract public health guidance about how to slow the spread of COVID-19, leading him to choose to resign from the position.

He said he hopes his resignation will spotlight the ways elected leaders have sidelined public health advice during the pandemic.

Tim Lawther submitted his letter of resignation Sept. 14, with an intended last day on Oct. 14. He told WPR that choosing to resign was "one of the most difficult decisions I've ever made."

"I hope that my departure is going to get folks in Sauk County to recognize and support more aggressively the public health professionals doing this incredible work 24 hours a day for the people in our community," Lawther said in an interview.

The rural, south central Wisconsin county is home to the tourist center of Wisconsin Dells. Businesses there saw visits virtually stop in the early months of the pandemic. Later, the area struggled to bring tourists and workers back during the summer when most businesses reopened. In an interview in August, Lawther said he had worked intensively with the area's resorts and other businesses on their reopening plans.

But this month Lawther said elected leaders, including those on the Sauk County Board, for months have berated him and his staff, denigrated the scientific evidence his department presented and undermined local efforts to control the pandemic. A debate in July over a local mask mandate, which came before Gov. Tony Evers declared a statewide face mask rule, was a flashpoint — but far from the only one.

"I personally have been called by multiple public officials who have done things like demanding that I retract very clear, scientifically based evidence and guidance," Lawther said. "I have had my staff yelled at by elected officials when they call to talk to them about COVID."

Sauk County Board chairperson Tim McCumber acknowledged that there was "constant friction" between Lawther and board members. He said Lawther was condescending to officials, and speculated that Lawther, who moved to Sauk County from Detroit in 2019, didn't communicate well with rural Wisconsinites.

"I'm not sure his personality ended up being a really good fit," McCumber said. 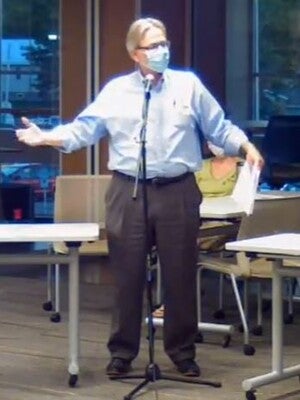 Lawther said he knows he's become a lightning rod for criticism, and he hopes his leaving will allow the county's next health officer to find a healthier equilibrium with elected leaders. He said he's thought deeply about things he could have done differently to change the dynamic, and that he’s been considering resigning for weeks. Both Lawther and McCumber said the resignation did not follow from any single incident, and was not asked for by the board.

Lawther’s resignation was first reported by the Baraboo News Republic.

Lawther is at least the fourth local health official in Wisconsin to leave the job or announce a resignation in the last five weeks. Milwaukee’s health commissioner resigned in early September, saying she had been "limited due to factors that are out of my control." The Lafayette County health officer was reportedly fired in mid-September, and on Friday the TCH Daily News in Shawano reported that Shawano-Menominee County health officer Vicki Dantoin would resign for "personal reasons."

Lawther’s resignation comes as Wisconsin is experiencing its most serious spike in new coronavirus infections, hospitalizations and deaths from the disease. Wisconsin’s outbreak in recent weeks has been among the most acute in the nation, and health officials at all levels have issued dire warnings about the importance to Wisconsinites of staying home and taking other measures to control the pandemic’s spread. More than 1,300 people have died from the disease in Wisconsin, and in the last week the state has recorded some of its highest single-day death totals.

McCumber said the county has begun a search for Lawther’s replacement. Lawther said for the first time in his professional life, he doesn’t know what will come next for him. But he hopes his resignation can shed light on the way interference by elected officials is hindering local efforts.

"The decisions elected officials are making," Lawther said, "or the pressure that they are putting on public health officials to do things in a certain way, or tying their hands from doing their job in a way that’s more effective — those are things that are going to have long-term impacts on our community."