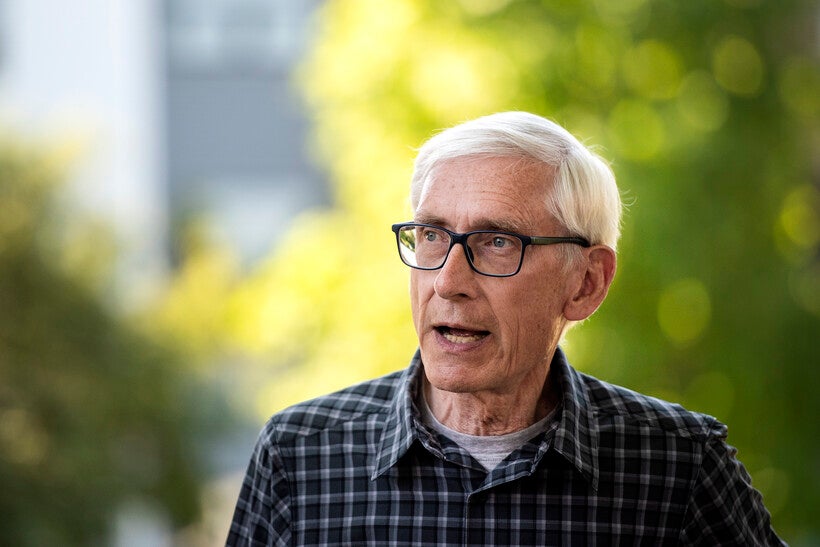 The session coincided with a renewed push by Democrats to try to frame the election around abortion rights
By Shawn Johnson
Share:

Shortly after 10 a.m. Tuesday, Republican Senate President Chris Kapenga gaveled in and gaveled out of the session to a mostly empty Senate chamber. A little more than an hour later, Republicans convened and adjourned the session in the Assembly over the vocal objections of several Democratic state representatives.

It's a scene that's become familiar in Wisconsin government, where Evers has proposed several special sessions on everything from expanding Medicaid to tightening gun laws. As governor, Evers can call special sessions to shine a spotlight on issues, but he can't compel Republicans to vote on his plans.

That was expected to be the case with Evers' latest call for a special session, which Republicans described as a "political stunt" aimed at distracting voters from issues such as crime and inflation.

Still, Evers told reporters after the session adjourned that Republicans owed the public a discussion on once again legalizing abortion in Wisconsin, a position that polling has shown is popular in the state.

"It's a huge issue," Evers said. "And we expect that state representatives will actually care enough about the will of the people and care enough about women's rights in the state of Wisconsin that they'd show up and do business."

Evers' latest special session was different than the one he called in June where he asked lawmakers to vote on a bill to repeal Wisconsin's 1849 abortion ban.

His latest proposal would have let Wisconsin residents propose citizen ballot initiatives, a process in place in about a dozen states around the country. The initiatives let residents in those states bypass their state legislatures by placing proposed laws or constitutional amendments directly on the ballot.

The proposal would then go before voters in a statewide election to decide whether they want to allow for ballot initiatives in Wisconsin. The soonest that could happen would be 2023.

If the governor's plan passed each of those steps, it would open the door to future statewide ballot initiatives that don't require the Legislature's blessing. Those would not be limited to ballot questions involving abortion.

Procedurally, it would be complicated. But politically speaking, Evers' plan was part of a straightforward push by Democrats to frame the 2022 midterm elections around abortion rights. The concerted push comes after weeks of Republicans attacking Democrats for being weak on crime, a message polling suggests may be swaying some voters.

Evers' campaign released a new ad Tuesday attacking Republican opponent Tim Michels for his long opposition to abortion, even in cases of rape or incest. Michels released his own ad featuring three county sheriffs attacking Evers for the Wisconsin Parole Commission's decision to grant parole to hundreds of inmates who were eligible for release.