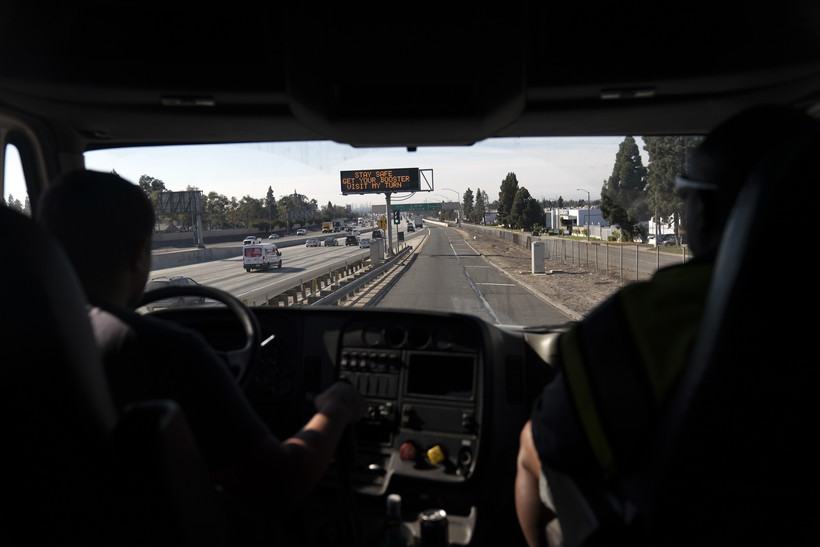 Bill is part of state and federal effort to address an estimated shortage of 80K commercial drivers in the US
By Rich Kremer
Share:

Republican lawmakers have introduced a bill to require the Wisconsin Department of Transportation to offer scholarships and grants to those looking to become truck drivers. The measure coincides with federal efforts to address an estimated shortage of 80,000 professional truck drivers.

The bill, introduced Tuesday, would direct the DOT to offer scholarships paying up to 50 percent of the cost of tuition for commercial driver training programs. If trucking companies train drivers themselves, the bill would require the DOT to offer grants reimbursing employers for up to half of those costs. Lastly, the legislation would mandate grants of $500 to individuals and trucking companies if that person stays with their employer for more than a year.

Dan Johnson, vice president of the Wisconsin Motor Carriers Association, said the driver shortage has been an issue for the past decade.

"Anecdotally, we hear from our members all the time about how it's just very difficult to find drivers," Johnson said. "Another issue is that drivers are moving from one company to the next based on benefits, compensation, whatever they're offering as incentives to fill those gaps."

Johnson described the situation as the "graying of the industry" with more older drivers leaving trucking jobs before new hires can replace them. He said the bill requiring scholarships aimed at covering part of the cost of training could help.

"Especially with the companies that train their employees for their CDL (commercial driver's license), to be able to give them some help, they can then redirect those funds to a better compensation package," he added.

In January, the Federal Motor Carrier Safety Administration published details about the Safe Driver Apprenticeship Pilot Program, which would allow people ages 18 to 20 to drive commercial vehicles across state lines. It's yet another attempt to find ways to address the truck driver shortage. Currently, those who are 18 years old and older can drive commercial trucks within their own states but cannot drive cross-country. The pilot grogram is a three-year study that will allow younger drivers to apprentice with older drivers in order to gauge potential safety issues.

Mark Borowicz is the director of workforce and community development at Blackhawk Technical College in Janesville. He told WPR the campus has pivoted its CDL training program at the request of regional companies after hearing the 13-credit technical diploma didn't make much of a difference when hiring new drivers. CDL training courses are now offered as non-credit continuing education credits that cover most of the same content, he said.

"And over the course of weeks and/or months, they'll eventually get all the competencies they need to then go sit for their CDL license," said Borowicz. "So, that's a flexible format. We've had three students go through that since this past fall started."

In addition, Borowicz said some trucking companies have begun hiring drivers with little or no driving experience and sending them to the technical college for corporate, short-term training. He said 10 students have gone through those courses, which consist of day-long classes over a four-week span.

"So, we still have the diploma program on the shelf," said Borowicz. "But the need right now is to be a little bit more flexible and responsive."

Enrollment has also been strong at Eau Claire's Chippewa Valley Technical College. Karl Pinter, a truck driving instructor at the college said his program currently has about 50 students. He said the trucking industry has changed a lot over the past 20 years with higher pay, better benefits and more options for drivers to be home on nights and weekends. He said he hopes that will make commercial driving more appealing.

"I think, ideally, that's what the industry needs," Pinter said. "Let's make it a first career choice, not a second or third."

Currently, trucking companies are offering significant sign-on bonuses. Marten Transport, which is headquartered in the city of Mondovi, lists 24 available jobs around Wisconsin with hiring bonuses between $1,000 and $10,000.

Editors note: This story has been updated to reflect that Blackhawk Technical College is located in Janesville.