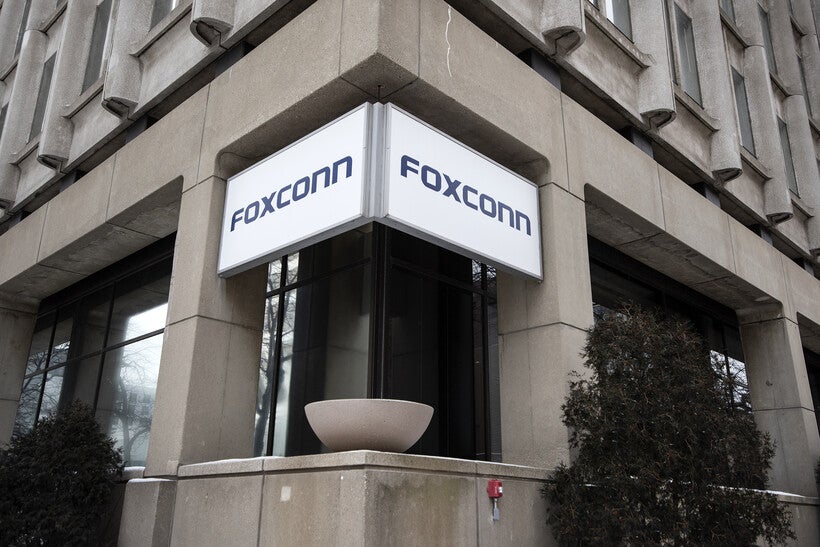 A sign is displayed outside of a building in downtown Milwaukee that Foxconn said would be the company’s North American headquarters. Angela Major/WPR

The new contract negotiated by Foxconn and Wisconsin will have minimal financial effect on state and local governments, according to a new report by Moody's Investors Service.

The deal, approved last month after more than a year of negotiation, reduces Foxconn’s maximum tax breaks in the state from $2.85 billion to $80 million and significantly reduces the amount of jobs and capital investment Foxconn is required to make.

While the agreement could cost Wisconsin $37 million over the next two fiscal years, it drastically reduces the burden on taxpayers, according to the credit rating agency. At the same time, Moody’s has concluded Foxconn won’t bring an influx of new workers or residents to Racine County.

According to the report, the updated agreement does not introduce new risks to Mount Pleasant or Racine County, where Foxconn’s current facilities are located. It also doesn’t alleviate the existing risks that have contributed to declines in credit quality for both local governments.

In 2019, Moody’s lowered the credit ratings of Mount Pleasant and Racine County because Foxconn failed to meet its targeted job goals.

The separate development agreement between Foxconn, Mount Pleasant and Racine County remains unchanged, because it is not linked to the state's incentive package and because the local incentives are not tied to job creation targets.

Local governments expect special assessments and revenue generated by Foxconn's projects will cover the costs. Foxconn has guaranteed to create or pay taxes on a minimum incremental valuation of $1.4 billion by 2023.

Foxconn must make these minimum tax payments regardless of the project's completion. If they don’t, the state will cover the debt.

Over the past two years, Foxconn has paid both its property taxes and special assessments early, Moody’s found.