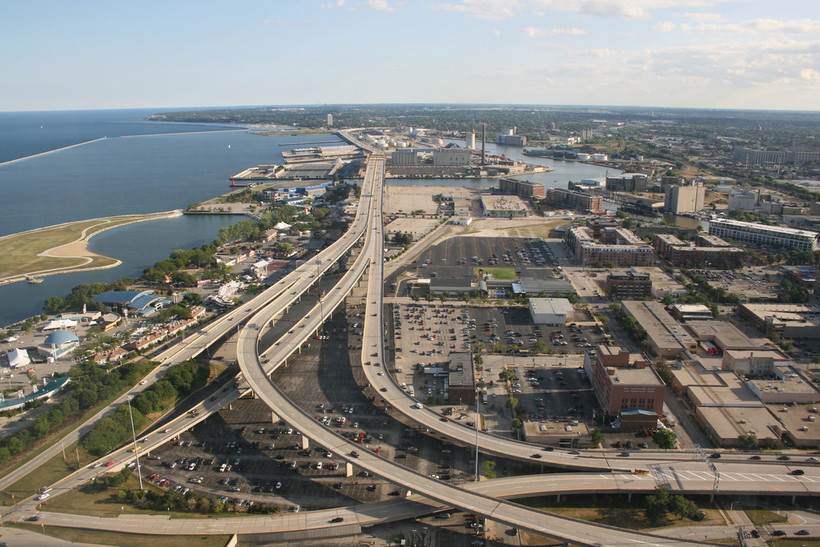 A new report finds 8.7 percent of Wisconsin's bridges have at least one key component in poor condition, or worse — making about 1,200 bridges in the state what's considered "structurally deficient." Seven of the most traveled bridges on the list are in southeastern Wisconsin.

The American Road & Transportation Builders Association released its 2018 Deficient Bridge Report this week. Using 2017 Federal Highway Administration data, it tracks the number of structurally deficient bridges across each state and the District of Columbia.

While these bridges are generally considered safe to drive on, they could use repairs.

Kevin Traas, director of policy and finance with ARTBA’s state affiliate, the Wisconsin Transportation Builders Association, said it makes sense that in Wisconsin the most traveled bridges with deficiencies are in Milwaukee, Kenosha and Racine Counties.

"The Milwaukee freeway system carries about 25 percent of the total travel in Wisconsin," Traas explained. "Having a functioning transportation system is important for southeastern Wisconsin and the entire state of Wisconsin."

According to the report, the seven bridges with poor marks were built in the 1950s and 60s. The busiest of the bridges can average about 124,000 crossings a day. Traas said they are nearing their expiration date.

"You can do rehabilitation and maintenance on a bridge to extend its life but eventually you reach a point where it needs to be reconstructed," he said.

Wisconsin had the 24th-highest rate of deficient bridges in the country in 2017 but the condition of the state's bridges has declined since the report began five years ago.

According to the data the state reported to the Federal Highway Administration, it has identified nearly 2,800 bridges that need repairs. The estimated costs of those repairs are about $2.6 billion.

Funding to maintain and expand Wisconsin's transportation infrastructure has been an ongoing source of political disagreement in recent years. Gov. Scott Walker said Thursday he could support raising gas taxes to fund infrastructure if it meant access to federal support.