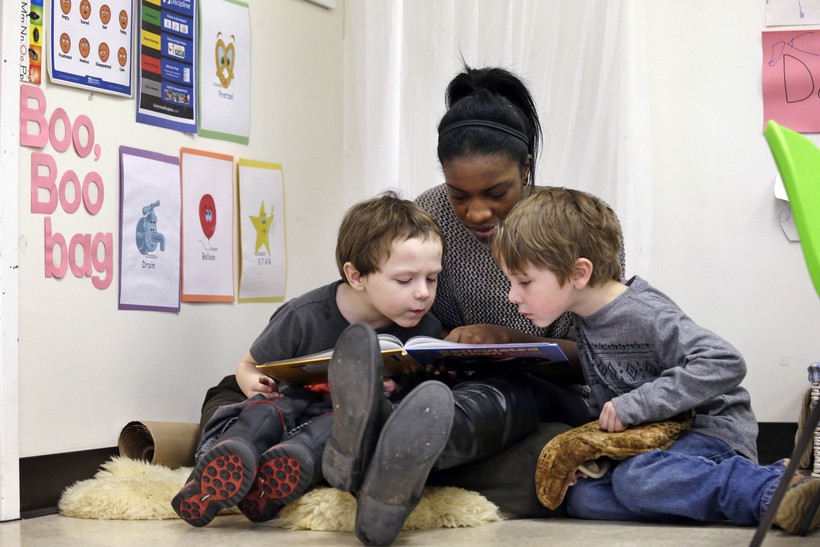 Report: Lots Of Access To Pre-K, But Quality Sometimes Lacking

A group that supports more and better pre-K programs finds access is good in Milwaukee but class sizes could be pared down.

Ideally, 20 or fewer students are in a class, said Shelley Hearne, president of CityHealth, the organization which issued the report on Wednesday along with the National Institute for Early Education Research, on pre-K programs in the nation’s 40 largest cities.

"Particularly in large urban areas, they can't afford to have a class that low," said Graue, director of University of Wisconsin-Madison Center for Research in Early Childhood Education.

Fewer students per classroom requires more teachers. But the pay of early childhood educators is generally lower than that of elementary school teachers, said Amy Lee Wagner, executive director of UW Child Development Lab in the School of Human Ecology.

"Our preschool teachers are not even making close to what our kindergarten teachers are making, even with bachelor’s degrees," Wagner said. "And so it’s a problem of funding. It’s also there’s a shortage of teachers in Wisconsin right now."

Another of the report's 10 criteria used to assess pre-K programs was student health screening to make sure they can see and hear what’s going on in the classroom.

"Making sure their vision is right. That they’re able to hear," explained Hearne. "If you catch those kinds of conditions early, they’re fixable, they’re treatable."

Wisconsin does have Model Early Learning Standards, but each district can choose how and whether to implement them.

Graue said the national report’s pre-K assessment was recently tightened to reflect whether or not the goals are actually part of the curriculum.

As research has grown on the benefits of pre-K, more programs have popped up around the country. Changing lifestyles also played a role as more parents worked.

Hearne said there’s been "incredible growth" in pre-K the last 20 years across the country.

In Wisconsin, 98 percent of 4-year-olds are in an early learning program. But some question the value of what they’re learning.

"The problem is the quality we’re offering isn’t measuring up to standards. So kids that have access to these programs but they’re not getting the level of quality that is associated with these positive outcomes that research studies over the years have shown over and over again," Wagner said.