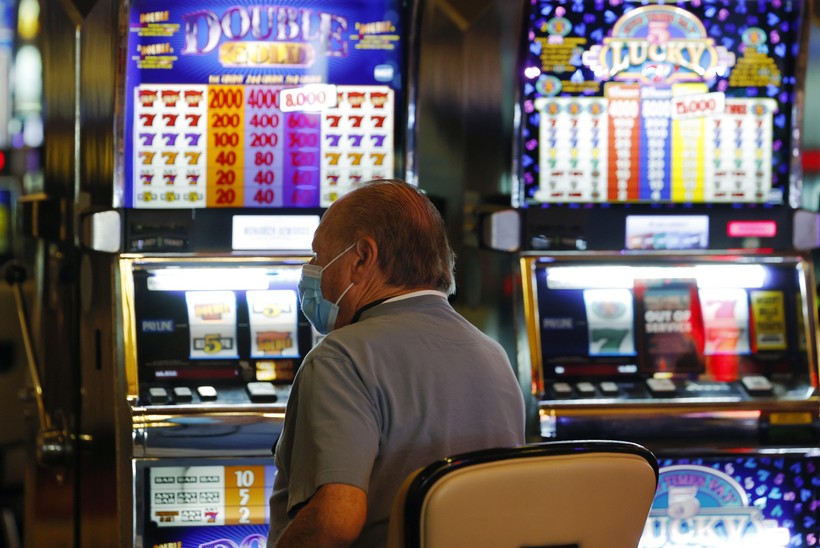 Tribes are experiencing devastating losses in gaming revenues due to the COVID-19 pandemic, and that’s translating to millions of dollars in lost payments to the state’s general fund.

The Forest County Potawatomi Community alone has sustained economic losses of more than $100 million, according to the tribe’s attorney general Jeff Crawford. He said the vast majority of those lost revenues are from tribal gaming revenues.

"You have to anticipate that your current fiscal year revenues are not going to be where they were pre-COVID, mostly because we're not done with this pandemic," aid Crawford. "So, we're anticipating less revenue, which is therefore meaning that we are not hiring back all of our employees. We are not signing new contracts. We're not buying those additional goods and services that we would normally do."

At the tribe's peak in January last year, the Potawatomi government and its enterprises employed around 4,000 workers. Now, Crawford said, the tribe has fewer than 2,000 employees. Last summer, around 1,600 workers were laid off at the tribe’s casino in the Milwaukee area after the Forest County Potawatomi shut down its casinos for months last year. Crawford said they had to cut the tribal government's budget roughly in half.

"I think we're probably going to anticipate that not only this fiscal year, but the following fiscal year, that we are not going to be back to normal financially," said Crawford.

In September, the National Indian Gaming Association anticipated tribal government revenues would be down by at least $40 billion nationwide due to the pandemic. On Thursday, the nonpartisan Wisconsin Policy Forum (WPF) released a report that found tribal gaming payments to the state’s general fund dropped nearly 82 percent last year after the COVID-19 pandemic closed the doors of tribal casinos. The state's main fund could lose out on $70 million over 2020, 2021 and 2022.

But the report acknowledges the impact of casino closures on tribal governments is far greater.

"Because casino revenues can make up the majority of some tribes’ budgets, substantial shortfalls have led to cuts in services such as health care," according to the report. "Recent federal aid legislation will not necessarily offset all of these losses. Plummeting casino revenues also have wreaked havoc on casino workers and operations with ripple effects for local communities."

Wisconsin’s 11 federally recognized tribes have exclusive rights to regulate gaming on Indian lands, and they signed compacts with the state in 1991 and 1992. Those agreements set the regulations and conditions under which tribes can conduct gaming, which includes payments to the state.

Other tribes like the Oneida Nation and Ho-Chunk Nation were also impacted by shutdowns related to the pandemic.

"The larger the tribal gaming operation, the more it's going to tend to be crucial to their tribal budget," said Jason Stein, the forum's research director. "So, in particular, for tribes like the Oneida, the Ho-Chunk, the Potawatomi that have very significant gaming operations, that's going to be a very significant part of their budget. But, for all tribes, it's an important piece."

In 2019, tribes drew in $1.3 billion in gaming revenues, according to most recent data from the Legislative Fiscal Bureau.

"We do know that things, such as our police department, our courts, and our central government functions needed to be ready to continue on, but, for the most part, the leadership has had to make the determination that perhaps those services and even essential programs had to be cut back in hours," said Greendeer.

Many of the tribe's gaming facilities reopened by the end of June last year, and Greendeer said gaming revenues are recovering. He said gaming has been doing better than the tribe expected, and he's "cautiously optimistic" that trend will continue as vaccination increases.

The Wisconsin Department of Administration is expecting there will not be enough revenues from tribal gaming to go toward the state’s general fund this year. The agency had previously anticipated tribes would provide $27 million in payments prior to the pandemic. The state uses the money to pay for a variety of services, including health care, tourism marketing, conservation and revitalization of tribal languages.

Tribal gaming payments to the state's main fund make up a small fraction of the $18 billion in revenue that goes into the state general fund each year.

The loss in revenue means that tribal gaming payments won’t cover appropriations that had been made under the budget for the current year ending June 30. State agencies were authorized to spend $29.7 million, but they’ll likely have to draw money from other sources to make up for the drop in payments.