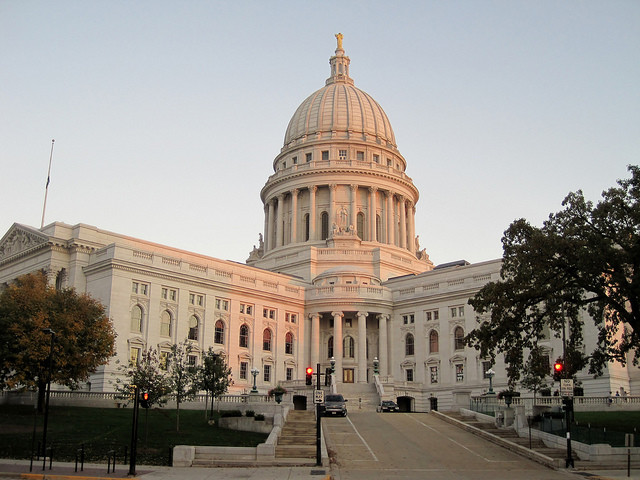 Report: Americans Don't Know Much About How State Government Works

State government has a big impact on our lives. Policies from health care to transportation are set by state lawmakers, but the majority of Americans have little understanding of how it works, according to a new report from Johns Hopkins University.

Fewer than 20 percent of survey respondents could name their state legislators and one-third were unable to name their governor, the report states. Many also reported not knowing whether being a state lawmaker was a full-time job, or if states have their own constitution.

"We're probably all familiar with surveys where most Americans could name the five members of the Simpsons family, but couldn't name the five freedoms of the First Amendment," he said.

Giordano said that happens because Americans largely operate with the attitude, "If it ain’t broke, don’t fix it," he said.

"Our data set as voters is pretty limited to what we experience and what we care most about," he said. "Most people don't care about the nitty gritty of how government operates ... unless it affects us directly, and then we suddenly care a lot."

People don’t pay attention because they often don’t have the time, nor the background knowledge to keep tabs on how a budget is made, or zoning issues are decided or what goes into making a law, he said.

Yet that gap in knowledge opens the door to manipulation, Giordano said. And makes it much easier for special interests, for example, to put a lot of advertising money toward a specific issue.

"Suddenly we are inundated with information, but it's information from a very particular point of view," he said. "And we don't really have enough information to counter that, and therefore we are susceptible to be manipulated."

Part of what allows those messages to spread is a lack of media coverage of state and local affairs, Giordano said. National news dominates most news cycles, leaving behind news that could help citizens make informed civic choices on their local governments, he said.

"We're facing news deserts … and that's a serious problem," he said. "I can hear the same three to five stories repeated over and over after every hour and yet I will not see anything on about local news."

Schools could play a huge role moving forward, Giordano said. While Wisconsin schools do have civics classes, and require all graduating seniors to pass a 100-question civics test, there should be more of a focus on state politics, he said.

"I would love to see more experiential based education where students aren't just memorizing the facts," he said, "but interacting with real legislators, with policymakers, with policy influencers, linking an experience of learning about government with talking with people who are in government."

Americans Don't Know Much About How State Government Works 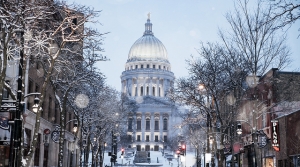 A new survey by Johns Hopkins University shows that Americans lack an understanding of how their state government is structured and how it works. We talk with a proponent of civics education about how to remedy the situation.