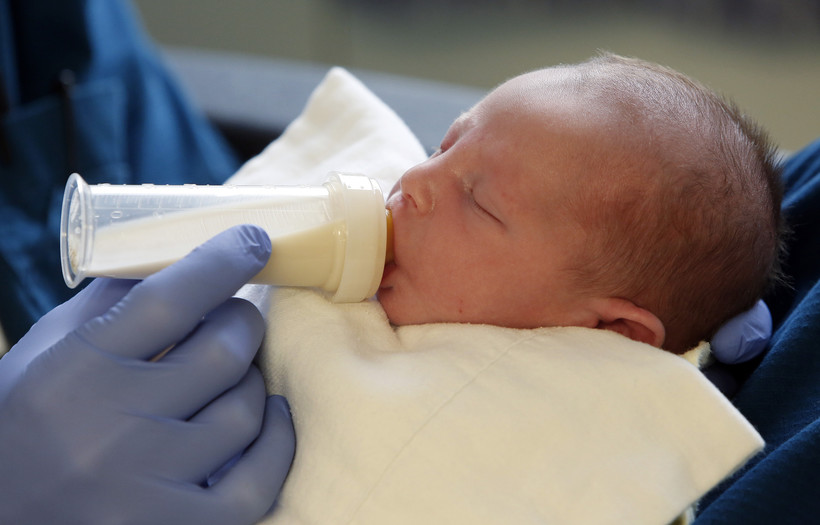 Eleven rural hospitals in Wisconsin have stopped delivering babies in the last decade, according to a new report by the Wisconsin Office of Rural Health.

While the report found that more than half of the state's rural hospitals –– 56 percent –– provide obstetrics and gynecological services, which is a figure higher than the national average of 40 percent, many facilities in the less populated parts of the state have closed down those services.

One of them is Burnett Medical Center. The critical access hospital is located in northwestern Wisconsin in the village of Grantsburg. With a population 1,341 and many of them older residents, the number of babies born in the community has been dwindling in recent years. The hospital delivered only 40 babies in 2017, and so Burnett Medical Center stopped delivering babies last year.

Burnett Medical Center CEO Gordy Lewis said that their decision was based on who they're currently serving.

"In order to do it, you have to be prepared to do C-sections in the event there's the need," Lewis said. "So when we looked at the population we’d served most recently, out of the 40 births, 80 percent were normal vaginal deliveries. But in order to provide (cesareans), you require 24-7 access to a general surgeon."

Burnett Medical Center still provides prenatal and postnatal care. But since last year, the facility has partnered with a hospital in Minnesota that can deliver babies. Fairview Lakes Medical Center is in the city of Wyoming, Minnesota, which is about 40 minutes away.

"Young people, in general, are not having babies to the same frequency as my generation. So when we looked at the potential number of births, it was getting smaller. I mean, we're a poorer than the state average, older. Those are the demographics that we serve," Lewis said.

Across the state, births have been declining and were at a 40-year low in 2017.

But that's only one challenge facing rural hospitals, which struggle to maintain OB-GYN services. How patients pay is another problem. Medicaid is the largest insurer of rural births in the United States and because Medicaid pays less for obstetric services than private insurers, it can be difficult for rural hospitals with low-volume obstetric units to cover expenses, the report found.

As a result, 11 rural hospitals have closed their obstetric units in the last decade.

On the plus side, more rural hospitals in Wisconsin deliver babies than hospitals across the country. Penny Black, the study's lead author, said that this finding was a little deceptive initially.

"I was quite pleased. I thought, 'Oh, we don't have a problem in Wisconsin.' But the reality is we do," said Black.

That’s because rural hospitals that provide OB-GYN services provide basic care and might not be equipped for complicated births so patients have to be transferred. The report found 38 percent of rural Wisconsin hospitals provide C-sections without OB-GYNs, using family physicians and general surgeons.

Editor's note: This story was updated to reflect a revised version of the Wisconsin Office of Rural Health's original report.