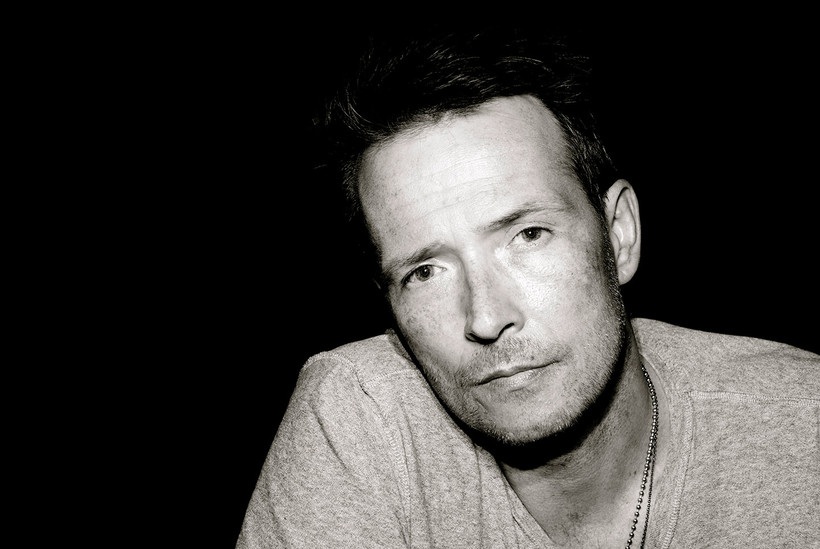 Among fellow musicians as well as critics, Scott Weiland made a pretty bad first impression when the singer and his bandmates in Stone Temple Pilots burst onto the music charts in the early 1990s. How so? Mainly, it was for selling a lot of records.

And despite Weiland's enduring success with Stone Temple Pilots and later rock star posturing with the supergroup Velvet Revolver, the frontman had to battle both his own persistent chemical demons as well as to shake the sense among some that he was more of a drug-addled opportunist than an artistic talent.

Weiland was found dead on Thursday night in a tour bus in a hotel parking lot in a Twin Cities suburb. He and his solo band were on their current tour and the troupe had a show slated for Rochester, Minnesota, on Friday night. Authorities haven't released a cause of death, but various media reports say that Weiland died in his sleep. He was 48 years old.

At its center, the root of the some people's problem with Weiland was likely much to do with timing. During the height of the Seattle grunge era and during a period when any suspicion of unauthenticity was a criminal offense, STP was a San Diego band who came out of the gates unusually adept at fusing hard-rock riffs with beautiful hooks that translated into crowd-pleasing singles. Weiland's voice was a gruff croon that one could easily hear a tonal kinship to other Emerald City tenors famous during those years like Pearl Jam's Eddie Vedder or Alice In Chains' Layne Staley. Unfortunately given STP's multiplatinum fame, if anyone fit the profile of a bunch of musical carpetbaggers, it was Weiland and STP.

But this perception undervalues what the group brought to the table. Millions of record buyers didn't care what critics or haters had to say. And the group members themselves saw little use in not crafting material that was instantly tuneful. The band had an impressive run in the early to mid-'90s with hits like "Sex Type Thing," "Plush" and "Wicked Garden," among others. Much of that music could be credited to STP's instrumentalists -- guitarist Dean DeLeo, bassist Robert DeLeo and drummer Eric Kretz -- but one couldn't forget the importance of their singer's cocksure bravado. He was the rock star and drew inspiration from glam-era David Bowie and Iggy Pop more than a Vedder or Chris Cornell. (At one point, Weiland boasted his croon owed a debt to lounge singers rather than any metal screamer.)

And so success came easy for STP, but it was never an easy road. Besides the string of radio-friendly hits, the band was nearly as famous for its complicated internal chemistry. The group broke up and reunited several times, with the source of the acrimony hinging on Weiland's addictions. More than once, STP's musical core drafted new singers to front a new band, although each would prove short lived. The trio each time made new peace with Weiland. The final reunion ended in 2013 when Weiland's erstwhile bandmates sacked him -- again over substance abuse allegations -- and hired Chester Bennington of Linkin Park as a new vocalist.

During one of these hiatuses from STP, Weiland was drafted into Velvet Revolver, a short-run outfit that had the singer swinging for the fences with the erstwhile members of Guns 'N Roses. While the band had marquee value given its roster and enjoyed that degree of celebrity, their music never lived up to the hype.

Weiland's death appears unlikely to finally reconcile the disconnect between his fame and infamy. Nor will it redeem him in the eyes of the many who still harbor a grudge for how he and his bandmates were at the right place at the right time.

But at the very least, his passing offers an opportunity to reconsider his musical contributions. Doing so should be easy. One need only listen to many of the singles from his band(s) to hear why they dominated the nation's airwaves and arenas.

With "Big Empty," listeners got their first sense that there was more to STP than just another bunch of Seattle ripoff artists. This is a song that suggests growth and real musical potential besides growly vocals and lite metal chords.

The song was first released on the gloom-laden soundtrack for the 1994 movie "The Crow," but later featured on "Purple," the band's second album. From the start, the arrangement is a musical point of departure for the quartet. Instead of grunge-approved power chords, the music begins with a meandering acoustic guitar strum and slide playing that creates mood rather than clear intent. The vibe is more akin to Led Zeppelin's acoustic phase. This quiet is just the prelude to the amplified storm, as the band turns on the juice and the sound inflates into a gargantuan chorus with booming vocals and serrating guitar distortion.

By the time the group acquiesces back into the verse -- a technique borrowed from the Pixies as well as Nirvana -- STP has exposed their artistic lion's heart, one that is braver and more inventive than many might want to give the band credit for. At the time, they proved they still have the skills to churn out compelling hard rock singles, but also the ambition to evolve as songwriters.

Probably STP's best-known and loved song, "Interstate Love Song" works so well because it offers something for everyone -- superfans, casual newbies as well as broadcast programmers.

The music's rolling thunder of power chords offer a simple rawk hook for all those who fell for "Plush" or "Sex Type Thing" before. Meanwhile, the tune's discordant, country-ish twang and the rhythm section's pumping groove give the track new flavors and ideas to play off.

Weiland's vocals never jelled so well into the furor that the DeLeos concocted as they did on "Interstate Love Song." His raspy croon swirl struts around the groove, suggesting a longing and weariness that he so rarely was able to convey with his limited range.

(For extra enjoyment, listen to Robert DeLeo's pushy basslines that fiddle throughout the song. While older brother Dean's guitar work rightfully hogs the spotlight, Robert DeLeo is often overlooked for his essential contributions.)

Although overshadowed by the pop-music charm of "Interstate Love Song," "Vasoline" stood apart chiefly as a piece of art rather than a unit-moving single. It followed "Big Empty" in how it represented a step forward for the band and away from any associations from Seattle flannel.

There's so many facets that make this song so brilliant -- the guttural, two-note guitar riff, Dean DeLeo's frenzied guitar solo and even the exquisite video directed by colored-filter auteur Kevin Kerslake -- that listeners might find reward in spending more time on repeat listens to "Vasoline" than in digging for undiscovered gems on the B-side of the band's first and best-selling disc, "Core."

When fans think about STP's definitive songs, other cuts from earlier in the band's career might stick out in the roster of the group's greatest hits.

As such, "Days Of The Week" might run with the rest of the pack because it comes after the band's second (or was that first?) reunion. However, this ditty has a buoyant drive so consistent and infectious that even skeptics are likely to tap their foot along with the beat.

Another pop-music win for the DeLeo brothers.

"Sour Girl" was probably the last great STP song. Moody and strange, the track is the closest the band ever came to full surrendering to the influence of Bowie's art-rock years.

The video, which featured actress Sarah Michelle Gellar as a ghoulish grim reaper/dream girl, is a showpiece for Weiland's abilities as a performer. While his bandmates snuggle with costumed characters who look like weird mixture of Teletubbies and the rabbit from "Donnie Darko," Weiland is a scowling performance artist showcasing a variety of breakdance popping techniques.

The song is a most unusual single, but perhaps that is what makes it so refreshing and compelling. No one could claim the band was still aping Pearl Jam or Alice In Chains.

The less said about Weiland's collaboration with the former members of Guns 'N Roses in Velvet Revolver the better. But for one shining song -- "Slither" -- the members of this over-hyped, ego-filled travesty had the raunchy, old-school swagger to back up any brown M&M demands on their tour rider.

The song boasts a great kickoff riff and massive, Jane's Addiction-inspired chorus, but is otherwise largely more about attitude than rock groove. This idea of image-over-substance is thoroughly revealed in the video, in which Weiland's performance is an undulating imitation of "Raw Power"-era Iggy Pop.

As it stands, Velvet Revolver might have been a tribute band who couldn't decide which act to emulate, but for one song at least, all that it doesn't matter. Swagger is really about beguiling an audience than proving.

This track was recorded for "Encomium," a mid-'90s tribute album for Led Zeppelin, and it wouldn't be overstating it to say STP bested the other then-peaking contributors like Sheryl Crow, Hootie and the Blowfish and even a team up of Tori Amos and Robert Plant.

What's remarkable is that STP didn't try to take great pop single and make it even more accessible. Instead, STP cleverly refits "Dancing Days," changing the production from Zeppelin's rock god-delivered power pop into a low-key, mysterious acoustic soiree of the kind that would fit comfortably on "Led Zeppelin III." The mélange of acoustic guitars, conga drums and crunchy, electric guitar slide play up an Eastern influence that not only should appeal to Zep fans, but also reveal the song can play to others' strengths.

Weiland's voice, never a powerful instrument, is perfectly placed in the mix, sounding like a whispery sage who offers seductive wisdom in the form of romantic riddles. The way that Plant sang it, the vocals were the equivalent to over-the-top chest pounding. Weiland makes the lyrics sound almost like poetry.