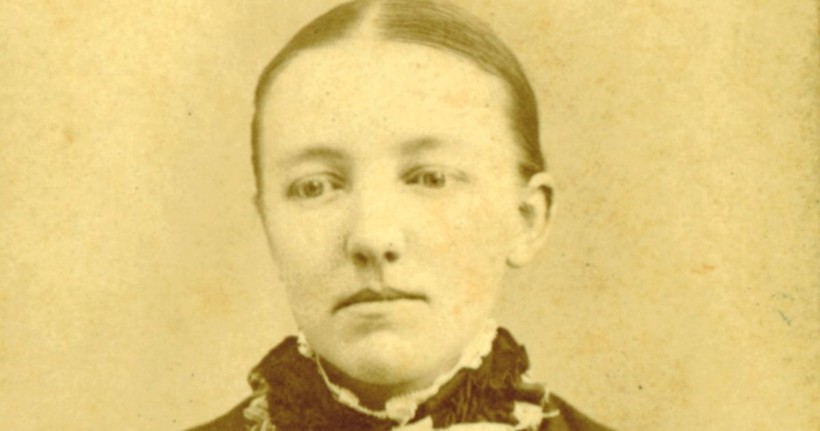 Remembering Mary Ingalls, Born In The Big Woods This Week In 1865

Mary was born Jan. 10, 1865. At age 14, she went blind. Laura spent many hours reading to Mary, helping her memorize school material. The Ingalls family was living in South Dakota at the time, which had no school for the blind, so in 1881, Mary entered the Iowa College for the Blind in Vinton, Iowa.

Money was always tight for the family, so sending Mary to school was a hardship but one they were determined to make work. Laura basted shirts to raise extra money.

Educating girls, especially blind girls, was highly unusual for the late 19th century. Many people equated blindness with ignorance. But Mary's parents continued to push her, expecting her to do chores and to continue to study.

Mary’s parents, Caroline and Charles, accompanied her on the train to Iowa. They toured the school and met Mary's roommate.

Mary passed the school's entrance exam and quickly established herself as an excellent student. She particularly excelled at music. Students were also required to take industrial classes in sewing, beadwork, knitting and other work so they could be self-supporting, if need be. Mary quickly picked up new skills.

Mary returned to De Smet, South Dakota, to live with her parents. She read, played the organ for hours, visited friends, sewed and wrote poetry. Unlike in the television show, the real Mary never married.

Mary's blindness had long been attributed to scarlet fever, as Laura wrote in her book. But research by Dr. Beth Tarini and her team uncovered Mary’s blindness was likely caused by viral meningoencephalitis. Tarini believes Laura may have changed Mary’s illness to scarlet fever because it was more relatable to readers. It's also unlikely medical science of the late 19th century could have definitively identified the cause.