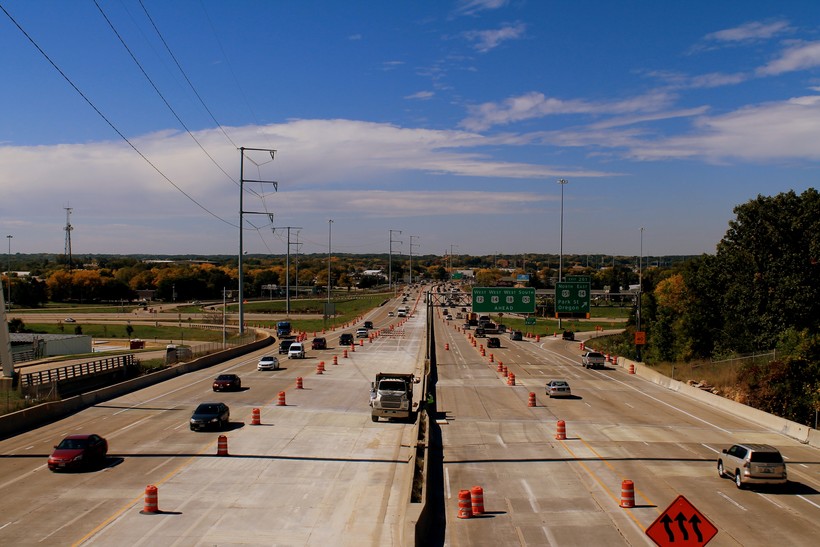 Regional planning officials are questioning a program change at the Wisconsin Department of Transportation that they claim has cost them $47 million in federal funding for urban road projects. The agency disputes that, saying that no federal funds have been pulled.

The federal funding comes to the state through grants to DOT. The agency then sends that money to regional groups that distribute it to cities and counties with road projects in urban areas.

This month, regional officials went public with claims that a year's worth of the federal dollars had disappeared without explanation by the DOT.

June Coleman, DOT program and policy chief, sent a letter to the agency's regional planning commissions this summer. It said that "due to the program delay," the current cycle would utilize four years of funding instead of five, "effectively dropping fiscal year 2018."

Regional planning officials in Green Bay and Appleton have claimed they're losing $3 million in funds because of this change. Madison officials report they're missing out on nearly $7 million. Eau Claire County Highway commissioner Jon Johnson said he was expecting $625,000 in federal funding to rebuild County Highway T, north of Eau Claire.

"But now, with the recent update from the Department of Transportation, we're looking at a loss of $186,000, which means I have to come up with that funding in addition to my local share to have this project stay on track," he said.

A Sept. 7 statement from DOT spokesman Christian Schneider to WPR said there was confusion from local officials over what he called an accounting change based on how many years into the future the program is planned. He said previously, the program was administered through five-year cycles, but because of a delay in the program due to debates within state government over whether to use federal or state funding, it has now shifted to a four-year cycle.

"The bottom line is that no Metropolitan Planning Organization (MPO) has lost or is losing their (Surface Transportation Program) allocation," Schneider wrote. "More than $47.4 million in federal funding was used for local STP projects by MPOs in fiscal year 2018. The money did not 'disappear,' it was simply not counted in the forward-looking plan that ends in 2022.”

In an email statement, Federal Highway Administration spokesman Doug Hecox said the agency is aware of concerns related to the federal funding through it's "Fixing America's Surface Transportation (FAST) Act."

"State departments of transportation, like WisDOT, are not required to distribute the funds to Transportation Management Areas annually, but to do so in a reasonable manner over the life of the FAST Act," Hecox told WPR.

Wisconsin County Highway Association executive director Dan Fedderly said from an accounting perspective, the DOT’s accounting change explanation makes sense, but it doesn't answer the question of where the money went. He said that DOT officials aren't responding to requests for more information by his group and local officials.

"We've been unable to get any of the data, any of the information," said Fedderly. "In fact, the department has refused to schedule additional meetings to provide us with the information just so we can see where and what and the level of funding."

Fedderly, who has worked as a consultant for the DOT and counties for 35 years, said the lack of communication from the department since Gov. Scott Walker appointed Dave Ross to replace former DOT Secretary Mark Gottlieb was "absolutely unique." Ross took over in December 2016 after Gottlieb resigned his position. Fedderly said that lack of communication is putting local road projects in jeopardy.

"Without a clearly open and transparent record of where the funds are, what funds are available, what funds aren't available, it becomes extremely difficult for the MPOs, and in turn for us, to move these projects forward in an effective manner for the citizens of Wisconsin," Fedderly said.

In an interview and written statement dated on Sunday, former Secretary Gottlieb said Walker has been "increasingly inaccurate" about recent comments about the state's ability to save money on highway projects by not adding lanes when roads are rebuilt.