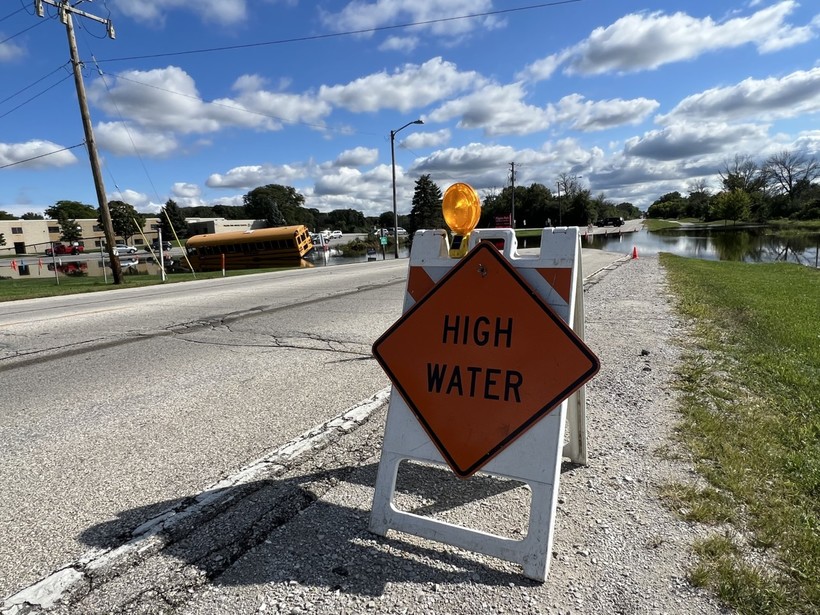 A road in Elm Grove IS closed Monday after substantial rains during a storm on Sunday, Sept. 11. Evan Casey / WPR

Record rainfall across much of southeastern Wisconsin over the weekend led to flooding, road closures and a sewer backup.

Many communities saw 4-6 inches of rain during the storm, which started late Saturday and didn't end until Monday morning. As of Monday afternoon, flood warnings and advisories were still in effect for Milwaukee, Waukesha and Racine counties. A portion of Interstate 94 in Waukesha County was also closed Monday while crews worked to remove water from the road with snow plows.

Much of southern Wisconsin saw steady and sometimes severe rainfall. But Racine was hit the hardest, as a weather observer recorded 9.76 inches of rain at the Batten International Airport. That’s the highest single day total of rainfall Racine has ever seen.

"Racine had their wettest one day in history, no matter what month, what time of year, anything," said Sam Kuffel, a CBS 58 meteorologist.

"The fact they picked up 7, 8, 9 inches of rain in pretty much less than a 24-hour period is extremely remarkable," Kuffel added. 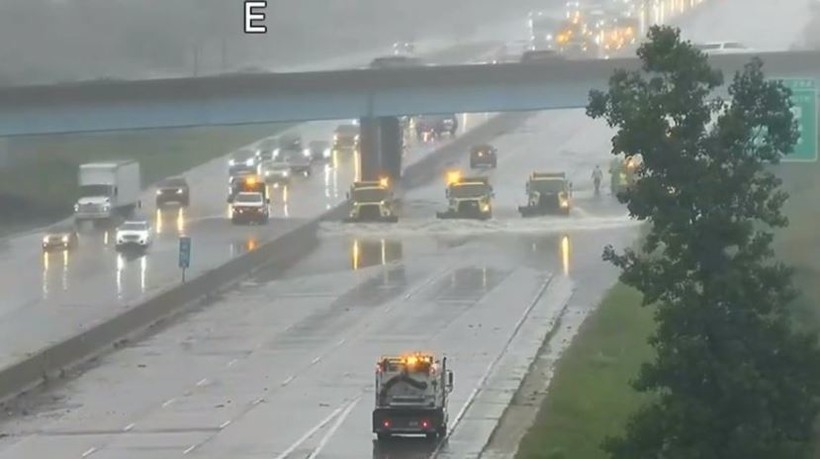 Kuffel said a weather model last week was showing a "cutoff low," or a low pressure system that develops and gets cut off from the main flow of the jet stream. Kuffel said it was clear the system was going to be stalling around Lake Michigan and Northern Illinois, which helped create the high rain totals in Wisconsin.

"September is becoming more like a summer month where it’s been warmer, and warmer air can hold more moisture, so when we get these really efficient rain events, we’re seeing these clouds can hold more water than they’re used to," Kuffel said. "That explains why we were able to consistently see 1 to 2 inch per hour rainfall rates during yesterday's system, even though we didn't have any thunderstorms to go along with it."

Kuffel said Racine hasn't seen a lot of rain this year and last year, which meant flooding wasn't as much of an issue in that area.

"They (Racine) had more rain in less than 24 hours, than they had all summer," Kuffel said.

But that wasn't the case for Milwaukee County and Waukesha County, which saw higher rain totals this year.

The National Weather Service reported that Milwaukee set a daily rainfall record for the month of September, with the city getting 4.78 inches of rain as of 1 a.m. Monday morning.

That led to a sewer overflow Sunday night, according to the Milwaukee Metro Sewerage District. That overflow started at around 11:15 p.m. Sunday night.

"We're looking at 4 inches of rain, over the two-day period, which translates to 28 billion gallons of water. Not all of that is going to get into the sewage system, but a tremendous amount does," said Bill Graffin, the Sewerage District's public information manager.

When too much water gets into a sewer pipe, it starts backing up into homes and businesses. The only way to reduce that risk, is to have an overflow, which releases untreated water into the nearest river. Last year, MMSD has two overflows.

"Our highest priority during a storm is to reduce the risk of basement backups. We do not want to see water and wastewater backing up into people's homes," Graffin said.

Graffin said they're also asking people to use less water in the coming days to prevent more overflows. That can include taking shorter showers or not using the dishwasher.

The weather service in Milwaukee said the weather pattern is likely to stick around into next week, with more rain possible. There's a small chance of rain for much of southeast Wisconsin Monday night as well.