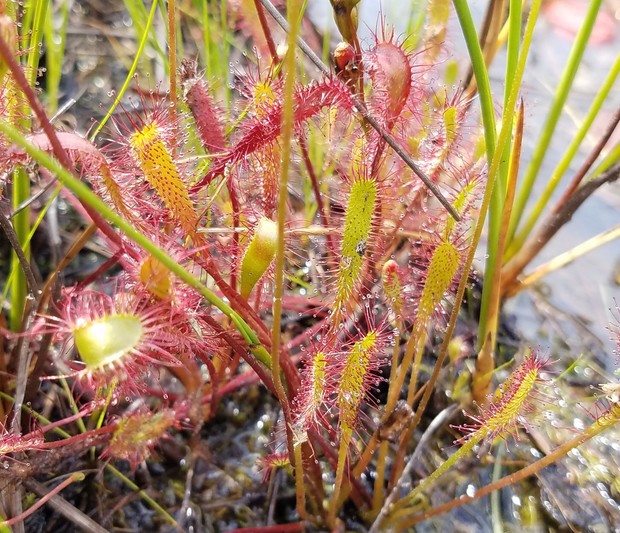 Don Evans wasn't certain it was the English sundew that he and his wife, Judy, rowed past while kayaking on a Lake Superior wetland last year.

The carnivorous plant hadn't been seen in Wisconsin for more than 40 years. Luring insects with sweet secretions, the English sundew is a rarity in the state.

"We have four sundew species in the state. Two are rare," Doyle said. "And when I saw it, I knew it was one of the rare ones."

DNR staff reached out to Northland College Associate Professor of Natural Resources Sarah Johnson, who went to the site with her students and confirmed it was indeed English sundew.

"The fact that they were tied into the Rare Plant Monitoring Program, they had a place to send their data," Doyle said. "So it really worked out pretty well."

Since 2013, volunteers have helped to update the inventory of rare plants kept by the DNR, which uses that data to identify whether the rare plant populations are declining and where.

Wisconsin is home to 2,366 native plant species. Of those, about 344 are rare and fall under the categories of endangered, threatened or of special concern, meaning they're suspected to be in decline.

"Some are rare because they're found at the edge of their range here in Wisconsin," Doyle said. "Others are limited to a really unique habitat ... And then of course there's other ones that were probably much more widely distributed across the state, but their habitat has been completely decimated."

English sundew is one of the rare ones, with only five populations that have ever been observed in Wisconsin, all in the Lake Superior area.

Of those five, only two have been seen in the past 40 years. Three of the five haven't been seen for about a century. There are four sundew species in Wisconsin, and two of those are rare: the English sundew and the linear sundew, which hasn't been documented since 1832.

Volunteers who have gone through training with the DNR went out to locations all over the state in 2019, where they searched for rare plants. The volunteers submitted more than 250 reports of their findings that included 59 new populations of the plants.

The DNR holds training sessions every spring to teach prospective volunteers to search for rare populations.

There are more than 5,000 populations of these rare species that have ever been observed across Wisconsin, according to the DNR. The volunteers help mitigate the load.

"We equip them with maps and any other data that will help them on their survey," he said.

Trainings usually take place in January and February each year at locations around Wisconsin. 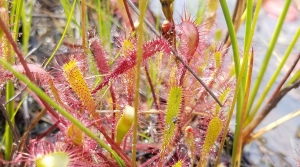 A DNR botanist tells us about a program of volunteers helping track and discover rare plants in Wisconsin -- including one that hasn't been seen in Ashland County in four decades.