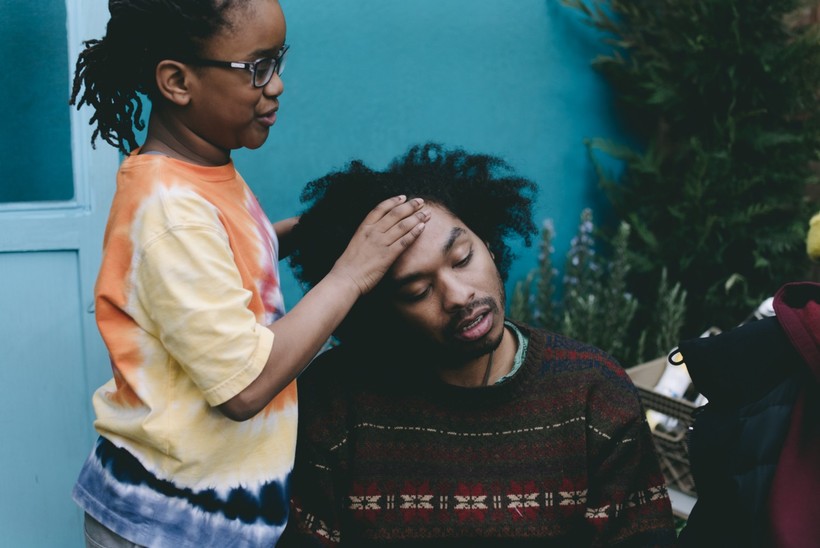 Terence Nance is the creator of the HBO series, "Random Acts of Flyness," which explores the African-American experience in contemporary America through a fluid, stream-of-consciousness approach that combines such elements as verite documentary, musical performances, surrealist melodrama and animation.

Nance and his collaborators examine a variety of themes, including ancestral trauma, death, and the singularity.

How does Nance describe "Random Acts of Flyness?"

"I think that the title is the best description of the show," he told WPR's "BETA." "It is hard for me to even find accurate descriptors for it so usually if I'm asked to do that, I just ask what whoever's asking me likes on television. And then I kind of find a way to lean it toward that, whatever they decided they liked. Because I think that there are a lot of things happening so often I can find a way to make it relatable to anything that that person might like."

"We (Justin and I) come from the same culture and community so I think that a lot of just the underlying conversations that inspire the show are similar if not the same. And I think where there's a big point of commonality is I think that we both have an experience of being in our 20s and 30s in America at a time in internet culture, (and) we both know what it's like to not have a phone, like walk around for a summer and not have a phone," Nance said.

"And then also know what it's like to kind of be digital natives as black people, male embodied black people. And I think that a lot of what's common about the shows is that we're navigating, expressing ourselves at that kind of border, we're in that border town of generations."

One reviewer wrote that probably the best category for the six-episode first season is "Afro-surrealism," the literary and cultural aesthetic that is an effort to reflect African-Americans' lived experience.

Does Nance see "Random Acts of Flyness" as Afro-surrealism?

"Oh yeah, definitely. I think that there's a healthy dose of abstraction and surrealism at play in the show," Nance said. "I don't think that aspect of the show is necessarily what makes it hyper-different than all the other shows. In "Dear White People," there's characters talking to dogs. In "Atlanta," there's an invisible car and light comes out of chicken boxes. And Izza Rae talks to herself in the mirror (in "Insecure").

"So I think there's a shared aesthetic rendering of our experience that I think other people experience as surreal but I think for us is actually naturalism in a way," Nance continued. "I think that when we're dealing with expressing our experience, it's more natural for us to use imagery and sounds that engage the metaphysical, I think, at the end of the day. Because I think a metaphysical experience of the world is natural for us, for our generation of black people for sure."

One of the most powerful segments in the first episode of "Random Acts of Flyness" is "Everybody Dies" a parody of a public access children's show hosted by "Ripa the Reaper."

"When she (Frances Bodomo) was making it and talking about it, I definitely identified with all of the emotions that were at play. But specifically just the absurdity that just all humans would experience, but definitely black people experience, when confronted with so many images of the state murdering children, black children. And I think that the absurdity that kind of comes after the anger and sadness gets centralized in a way that I hadn't experienced before," Nance said. "Because I think the absurdity of the layers of emotion like you can't process any more sadness so maybe it will become funny for at least a moment. And then you can't process the humor so maybe then it will become rage or defiance at least for a moment. I've never seen anything that had all those emotional layers stacked at once that I identified with so readily."

Another very powerful segment from the first episode features Jon Hamm playing a pitchman for a product called "White Be Gone," a cream that can be applied to a person's forehead to eliminate "white thoughts."

"What it (the original idea) ended up morphing into is firmly about the daily process of re-censoring oneself when having to deal with the onslaught of oppressive forces around you," Nance said. "And that applies whether you're black or a woman or both or in any kind of state of being compromised."

HBO has given "Random Acts of Flyness" a Season Two renewal and has made the series premiere episode in its entirety available on YouTube.