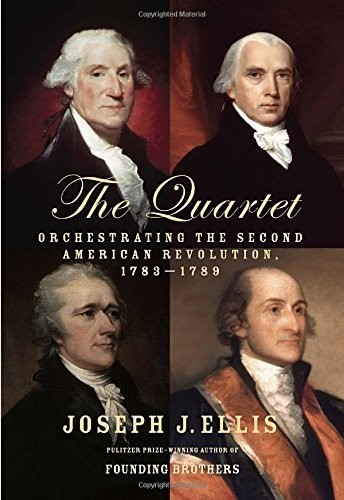 The Quartet by Joseph J. Ellis

In 1776 thirteen American colonies declared their independence from the British. It wasn’t until several years later that they agreed to give up that independence to join together to create a federal government. This second American revolution was primarily due to the efforts of George Washington, Alexander Hamilton, John Jay, and James Madison – “the quartet” of the title.

The Quartet by Joseph J. Ellis