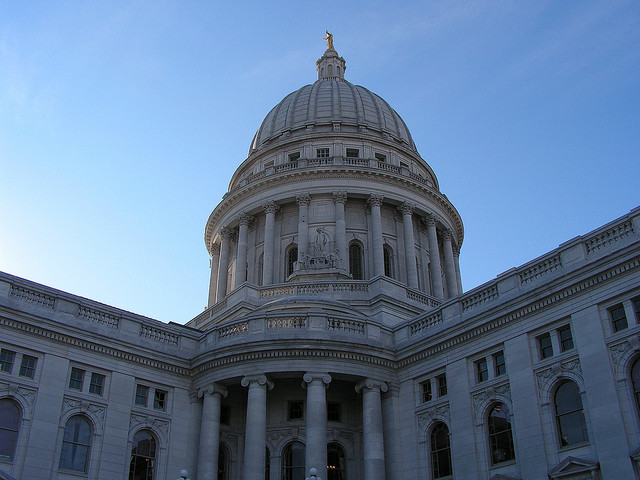 More individuals with criminal records would be eligible for expungement under a new proposal before the state Legislature.

Expungement is a process where a person can petition to have their record cleared of non-violent, low-level offenses. Eligible offenses include misdemeanors and low-level felonies. Violent felonies and certain traffic crimes wouldn't be eligible.

Current law requires judges to grant expungement at the time of sentencing and limits those eligible to people under 25 years old. The bill would allow judges to entertain possible expungement after an individual serves their full sentence, as well as open expungement up to individuals of any age.

The measure is sponsored by a bipartisan coalition of lawmakers. They said it will benefit individuals whose criminal record makes it difficult for them to find a job.

Shanyeill McCloud, executive director of Clean Slate Milwaukee, a criminal justice advocacy organization, said employers often discriminate against individuals who have a criminal record despite state law that bars them from doing so.

According to the state Department of Workforce Development, state law protects workers from their criminal record being used against them for purposes of employment  in "certain circumstances." It isn't against the law to discriminate against a potential employee if their arrest or conviction is "substantially related" to the job.

"Our employers are begging us to give them workers who have the right attitudes," Darling said.

Wisconsin has had an unemployment rate at or below 3 percent for the past 11 months.

State Rep. David Steffen, R-Green Bay, another sponsor of the bill, said it would be a "tremendous step forward for the state of Wisconsin."

However, an open records advocate raised concerns about criminal records disappearing from public databases as a result of the plan.

"I wish that it wasn't seen as necessary to shield this information from state residents," said Bill Lueders, president of the Wisconsin Freedom of Information Council. "I wish that there were some trust in the ability of the citizens of Wisconsin to be discerning in their judgments about the public records they can see."

Lueders questioned the number of people who are actually denied work because of their criminal record.

The bill is supported by the National Federation of Independent Business, Americans for Prosperity and the American Civil Liberties Union, among others.

A similar bill was introduced during the last legislative session and passed the state Assembly unanimously. It was never take up in the state Senate. Steffen attributed the bill’s failure to a late introduction during the session, but said he’s optimistic the renewed effort will be successful.